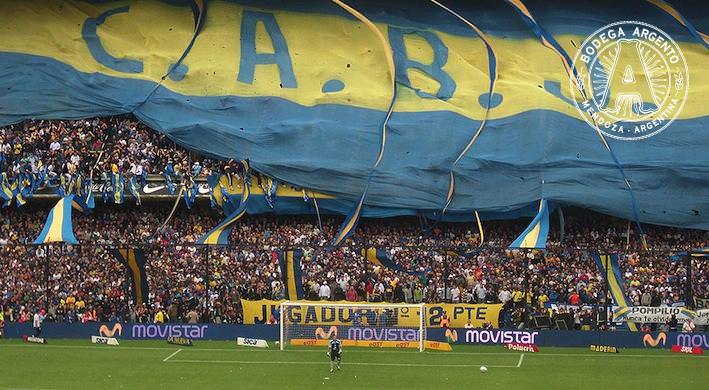 As their arch rivals River Plate continue to suffer through their darkest hour, Boca Juniors emerged from a gloomy chapter of their own to once again rule over Argentinian football.

While the country’s other mega-club River Plate languished in the second division following their shock relegation last June, the wildly popular team from La Boca neighbourhood romped to the top flight 2011 Apertura championship in uncompromising fashion. It was their first title since 2008, and though it might not seem like a long time, for a team accustomed to relentlessly winning national and international trophies, three years and six short championships without a lap of honour was an eternity.

It was a triumph based on defensive grit and intestinal fortitude. Boca may have been criticised throughout the campaign for winning ugly, but for everyone involved in the club, from directors to fans, such disparagement was nothing but white noise. While River Plate has a history of playing attractive football, Boca’s identity has always been synonymous with courage, fight and determination. Such a spirit can be summed up in one Spanish word, huevos. While it may sound strange in English to praise a team’s tremendous eggs, in this part of the world a more accurate interpretation would be ‘tremendous balls,’ and for ‘balls’ you can read ‘guts.’

No wonder, then, that a couple of intelligent signings which reflected Boca’s battling tradition were key to turning around their fortunes. Despite money being thrown around year after year in the hope of strengthening an already star-studded Boca Juniors squad, it was additions like Rolando Schiavi, Leandro Somoza and coach Julio Cesar Falcioni who proved critical in restoring the club’s mythical fighting spirit.

Somoza was poached away from Velez at the beginning of 2011. Not the type of player to make headlines, he is nonetheless an immensely valuable cog in any team he plays for. A midfield enforcer who often looks somewhat cumbersome, Somoza’s most valuable function is to make life difficult for the other team. He breaks down attacks by intercepting passes, muscling opponents of the ball and, if necessary, committing tactical fouls to interrupt momentum. He has proved an invaluable shield in front of Boca’s stingy back four.

All that was missing in an already decent Boca backline coming into the Apertura were those intangible elements that all great defences have; a certain nastiness, a sense of physical menace, a mastery of the dark arts… pure rat cunning. They solved all these problems with the re-signing of one man; the 38-year-old former club favourite, Rolando Schiavi. The 1.91m centreback provided the sort of snarling leadership at the back that ensured Boca only conceded six goals in 19 games – a remarkable statistic and an Argentinian record. 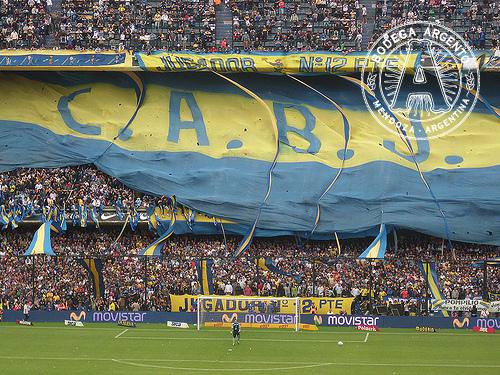 The other crucial factor was Falcioni. The former goalkeeper, known for his pragmatic tactical approach, had coached minnows Banfield to the Apertura title in 2009, thus earning him a shot at the toughest job around. He arrived at Boca at the start of 2011 and almost immediately copped heavy criticism from fans and media alike as the team struggled to adapt to his methods. They finished seventh in the Clausura tournament and Falcioni came perilously close to the sack. Club directors kept faith, however, and by the time the Apertura (the second short tournament in Argentina’s two-part season) rolled around, Falcioni’s hard-nosed vision was taking shape.

Crucially, he managed to ensure that Boca’s solid defence laid the platform for the more offensive players in the squad to, if not shine, at least provide the minimum number of goals needed to keep the team at the top of the table throughout. A total of 25 goals scored in 19 games is hardly spectacular, but when you are not conceding any it is ample. Many expected things to come unstuck when the genius playmaker Juan Roman Riquelme missed large chunks of the tournament through injury, but the Boca juggernaut rolled on regardless. Similarly, Falcioni was able to rotate the strikers in his squad effectively when injuries robbed him of his first choices. Players took up their roles without missing a beat.

Boca were no doubt aided by a lack of serious Apertura competitors. Just when a team like Racing or Velez would emerge from the chasing pack and threaten to close the gap on the tournament frontrunners, they would surprisingly drop points next game, leaving Boca to amble ahead, increasing their lead with a minimum of fuss.

By tournament’s end, Boca Juniors had accumulated an impressive 43 points, 12 clear of the four teams way back in equal second place. With a final record of 12 wins and seven draws, they had become only the sixth team since the start of the professional era to finish a season undefeated.

While everyone else around the country – River supporters especially – grumbled about ugly defensive tactics, Falcioni, his Boca team and its legions of fans celebrated what they hope is the start of a new era of dominance for the club. After all, this is football. What could be more beautiful than success?

Let us know what you think about Boca’s recent success in the comments below.