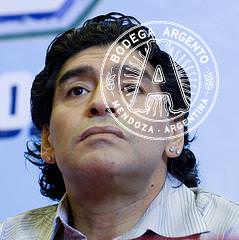 h3. Which of the following three statements is false?

1. Maradona included 14th-placed Colón defender Ariel Garcé because he had a dream Argentina won the World Cup, and his was the only face he remembered.

2. In training, Maradona’s punishment for the losing team is to stand in the goal and have balls pelted at them by the winners.

The answer is number 3. He actually tried out 107. Welcome to the Maradona show.

If ever there was the danger of a single man’s overbearing personality dominating a sports team, it is Diego Maradona’s over Argentina’s 2010 World Cup football team (or soccer, for the Americans and Canadians out there). Here is a deeply flawed man, exalted to god-like status in his home country (the Church of Maradona has more than 100,000 members), with the weight of 40 million Argentines on his shoulders. He might as well have a laugh.

Since becoming coach, Maradona has presided over a lackluster qualifying performance (Argentina lost 6-1 to Bolivia, albeit at 4,000 metres) that saw his team barely scrape into to the World Cup finals, despite having a roster of players that reads like the finest who’s-who of the season.

Detractors have claimed that Maradona is no strategist, that he’s not consistent; and some just say he’s a mad man. Yet, while many Argentines were troubled by a former drug addict and alcoholic who nearly ate himself to death a couple of years ago, they found it impossible not to be optimistic. He is, after all, the greatest player on earth. Give or take a handball (see YouTube video clip), he also scored the greatest World Cup goal of all time (see YouTube video clip). Maradona, just by being Maradona, would inspire the Albicelestes (blue and whites) to victory for the first time since 1986. 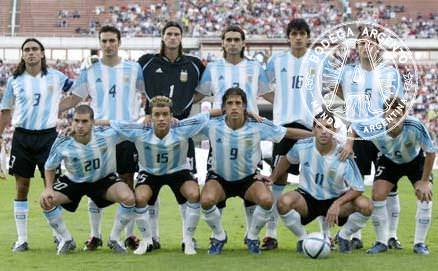 It may be telling that I’m 300 words into a blog and I haven’t even mentioned the squad. Here are the highlights:

Lionel Messi – largely agreed to be the greatest player at the moment. Compare his great goal to Maradona’s in this YouTube video clip. He’s tired after playing almost 70 games this season for Barcelona, but on his day he can beat any team. By himself.

And some of the lowlights:

Martin Palermo – OK, he has scored more goals for Boca Juniors than anyone else, but I have been referring to him as a donkey for at least 10 years. And I have to be right about something. Older than Peronism and slower than a Buenos Aires bus on Corrientes, still – check out the YouTube video clip.

Ariel Garcé – Mr Maradona, repeat after me: “dreams are not real life, dreams are not…” There’s not even a decent You Tube clip.

Yet, despite all the failings, the crazy stories, the picking of Palermo, and the fact I drew Nigeria in the office sweepstake, I desperately want Argentina to win on Saturday. And Thursday against South Korea. In fact, I want them to go all the way. And if there is one man on earth who can move a nation to tears, it’s Maradona. Let’s hope it’s tears of joy.

Saturday June 12 – 4:00pm
Argentina vs Nigeria – An unknown quantity. Nigeria is a squad that has been in disarray, but their heavy-handed style could upset Argentina’s small forwards.
The Real Argentina prediction: Argentina 3 – 1 Nigeria

Thursday June 17 – 1:30pm
Argentina vs South Korea – If you thought we knew nothing about Nigeria, South Korea might as well play on the moon. Should be Argentina’s highest scoring game.
The Real Argentina prediction: Argentina 6 – 1 South Korea

Tuesday June 22 – 8:30pm
Greece vs Argentina – It may be Argentina’s toughest group stage game, should, on paper, still be a breeze. The Greeks will try to wind up the Argentines – something seen as quite easy to do.
Real Argentina prediction: Greece 1 – 1 Argentina.

Presuming Argentina win their Group B, they will play second position in Group A, which is likely to be Uruguay or Mexico (South Africa may scrape it). France should be first place in Group A. The game is on Sunday June 27 8.30pm local South Africa time. Here’s hoping it will be Uruguay. A Southern Cone clasico.