So, in an article that, with only mild exaggeration, has been rewritten more times than the European Constitution, let’s turn our attention first to the Copa America. In the end, for the Argentines, the tournament ended as murky and grey as the conditions that befell many of the games. It was disappointing losing on penalties to Uruguay in the quarter finals. Messi, yet again, failed to shine in the national team. And to use an overused cliché (but this is football), Argentina showed themselves to be a team of individuals, while the eventual winners Uruguay played like a team. Either way, Sergio Batista – the Argentinian coach – was fired. So who takes over? It’s Alejandro Sabella – a former Sheffield and Leeds United player who, until recently, had a fairly successful spell as Estudiantes de la Plata coach until February this year. And now he wants to bring Juan Sebastian Veron (remember the bald flop at Manchester United?) with him. Veron played under Sabella at Estudiantes, but Sabella apparently envisages more of a coaching role (thank goodness). 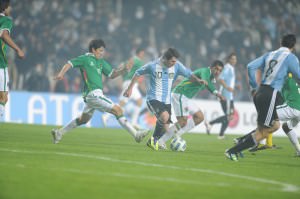 Messi at the 2011 Copa America – Photograph by LGEPR

While this article started as a run down of the Copa America, the focus inevitably had to shift as another remarkable story began to emerge – the entire structure of the Argentinian league was to change. There were to be 38 teams in two different ‘sides’ of 19 teams – the ‘Megatorneo’. The teams within that side would then play each other and then the last however-many from both sides would then play each other. Except at some points they would cross over. Oh yes and Boca and River, the two behemoths of Argentinian football would be on different sides. Are you keeping up? 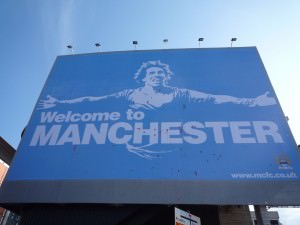 Goodbye from Tevez? – Photograph by dullhunk

That’s right, what started simply as a corrupt ruse (this much the AFA admitted) to get River Plate, astonishingly relegated last season, back up to the top level in two seasons time now looks like it will almost certainly become the new league structure. AFA spokesman Cherquis Bialo said that the reason for a biggest ever change to the Argentinian football league was so that one of the two biggest teams in the country wouldn’t have to play with the likes of Almirante Brown and Quilmes in future, like they will have to this season. “If River hadn’t been relegated this wouldn’t have been decided,” he said. No team would ever have to be relegated again. Hurrah! The other teams were suspiciously quiet – funny that, given they rely on AFA for most of their money.

But wait, there’s more: there’s election stuff, there’s politicking. What would have been a shocking corruption scam in any other country (imagine if Manchester United were relegated and then the league was changed entirely a couple of weeks later), was merely a diversion. Here I could throw in mention of Christina Kirchner, the presidenta looking for another term in the upcoming elections and a spat with Julio Grondona, the Argentinian Football Association president. Yes, even Christina, no friend of Grondona, ‘put the brakes on it’ – and didn’t allow the decision to be made on the new league before October’s election. A day after Christina said this, Grondona changed the decision date, denying that it had anything to do with Christina. Brilliant.

Now the AFA says it’s up to the clubs, sometime towards the end of the year, if anyone can be bothered to think about it again. 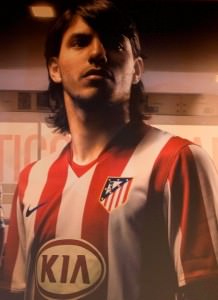 By now, we’ve forgotten all about Argentina in the Copa America, and more attention than ever is focused on Carlos Tevez, homesick for alfajores no doubt, desperate to return to Argentina. Meanwhile, his compatriot Sergio Aguero has joined Tevez at Manchester City for £38 million, leading the ever-increasing Argentinian charge in the premiership.

And that’s Argentinian football this week. Anyone want to guess what will happen next?

One response to “The State of Football in Argentina: 2011 Copa America and More…”