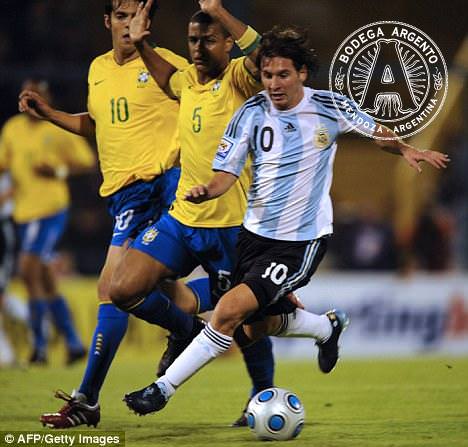 The Argentines are a gregarious bunch. They sing, they dance, they wave their hands in the air like they just don’t care.

In the stands during Argentina’s opening World Cup football game against Nigeria, blue and white dominated. Flags, often painted in support of their home teams (I saw Huracan, Velez Sarsfield, Independiente), were hung from the balconies, while the fans swung their shirts, oblivious to the cooling desert evening.

By the dug out, Maradona was almost as entertaining as he once was on the pitch. Animated, passionate, cheeky and argumentative, you got the feeling that Maradona was there to enthuse his countrymen as much as his team. Yet on the pitch, the Argentina selección were calm and assured. If Maradona represented the fanatics, it was Lionel Messi, in his ever-relaxed, shirt-out attitude, who represented the team. 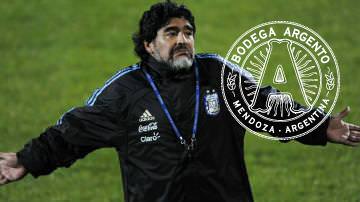 Football teams often appear to live up to the stereotypes (Germany – clinical and organised, Brazil – flamboyant, England – reserved and dour). Yet the Argentina team was not the 11 individuals of the past. It was a team, anchored with the experience of Mascherano, Heinze and Veron in midfield, with a level-headed stoicism – and that’s a description I never thought I’d write about Argentina.

The team went ahead within six minutes when Heinze headed the ball into the goal completely unmarked. However, it didn’t turn out to be the whitewash I first thought.

Messi effortlessly danced around Nigeria’s hulking defenders again and again. He’s a genius. And he’s on form. The workhorse Tevez couldn’t quite connect to anything solid, but assured his place again. Higuain, was arguably the weak link in the trio of attackers, but with an incredible goal scoring record this season, he perhaps needs time to settle in. It would be easy to take pot shots at 36-year-old Veron, but his play suffered as his legs tired.

Waves of attack, often moved forward by Messi’s magical touch, came against Nigeria’s goalkeeper, and man of the match, Vincent Enyeama (whose performance probably added a good few million on to his fee). Argentina failed to capitalise on the lead, but dominated the possession with strings of passes (even a bit of head volley).

It was the defence that looked most shaky, with most criticism coming in for Maradona’s odd decision to put winger Jonas Gutierrez at right back. Predictably, he looked vulnerable and Nigeria took advantage but without scoring.

As the final whistle went, Maradona skipped and jumped, like the fan he is. His team seemed a team quietly satisfied with their mature performance. With Messi looking on form in an Argentina shirt, they will be confident of going a long way in this tournament if they can keep their heads. Let the fans do the shouting, the selección are just concentrating on winning. And that is the manager’s job. 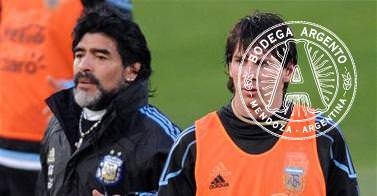