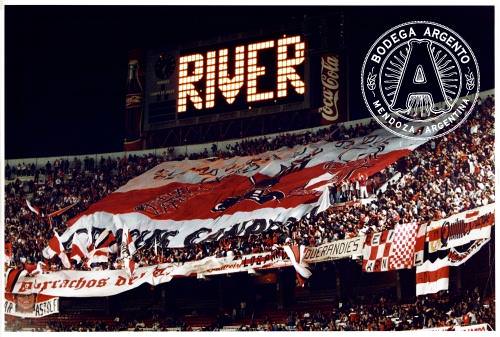 The sky turns white with torn newspaper. The clattering of drums heightens. Machines blast out blue and yellow smoke. “Ole, ole, ole, ole” 40,000 of the world’s nosiest fans scream. They bounce – the shaking stadium is felt more than two miles away. Many have their shirts off in the heat and are swinging them around their heads. The horn section can be heard through the melee. And the fans continue singing: “Soy de Boca/cada dia te quiero mas”, I’m Boca/everyday I love you more. Boca Juniors have just appeared from the tunnel.

The Boca Juniors’ stadium, La Bombonera, the Chocolate Box, is so called because the vertiginous stands amplify the noise. And stood in the stands, watching the team appear, is the most exhilarating, visceral experience in Buenos Aires. It is giddying, dizzying and thrilling. Imagine what it is like when they score?

Football in Argentina they say is a religion, but most know it is much more important than that. The blue and yellow of Boca Juniors, the most supported team in Argentina, can be seen everywhere, competing with the red and white of hated rivals, River Plate. It is a game that touches life perhaps more here than anywhere else in the world. It defines you, and god forbid you should be from a different team from the rest of your family, even if he does support Huracán or Lanus. It would be easier to tell him you’re gay and are about to run off with grandad… 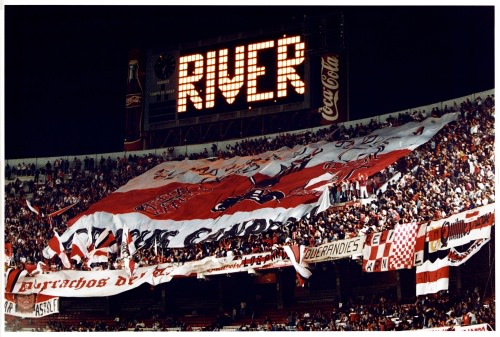 It is the rival churches of Boca and River, however, which dominates the sport. And when the two teams meet, the city grinds to a halt. The media is dominated by the match, which usually happens around four times a year, police overtime is cancelled and getting a bus or taxi is almost impossible.

The rivalry between the two teams can be traced back more than 100 years. Both teams played in the poor La Boca area and were local rivals. River Plate then uprooted to their uptown residence in 1923, a move that earned them the nickname ‘Los Millionarios’. Some semblance of class divide has remained ever since. (If the meeting is being played in La Boca, River fans arrive with clothes pegs on their nose – admittedly the Riochuelo is a little whiffy).

It is the most important game in the calendar, but going to see any game in Argentina will be quite unlike anything you have been to before. The big teams include Independiente and Racing (the second biggest derby in Buenos Aires, their respective stadiums being only 200 metres apart) and rivals San Lorenzo and Huracán. The games can be a little hairy (the hardcore hooligan groups known as barra bravas have a fierce reputation) so it is best to go with a local or tour group and pay for the seating tickets.

And as the final whistle draws to a close, it is then you realise that you haven’t actually seen that much football. It is the fans that are mesmerising. What a show.