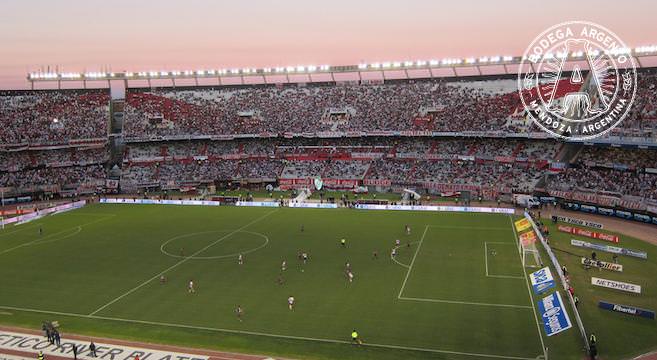 Shirts are swung, songs screamed out. Frenzied fans let off fire crackers and fireworks. On the east stand drums beat and horns blast, while above them the outnumbered enemy, dressed in the red and white jerseys of River Plate, try their best to drown out the Boca crowd.

If residents six kilometres away had managed to avoid the weeks of build up, constant world-wide media coverage, cancellation of buses, taxis and public offices, they would still know that Boca Juniors are about to kick off against River Plate. How? The ground shakes. 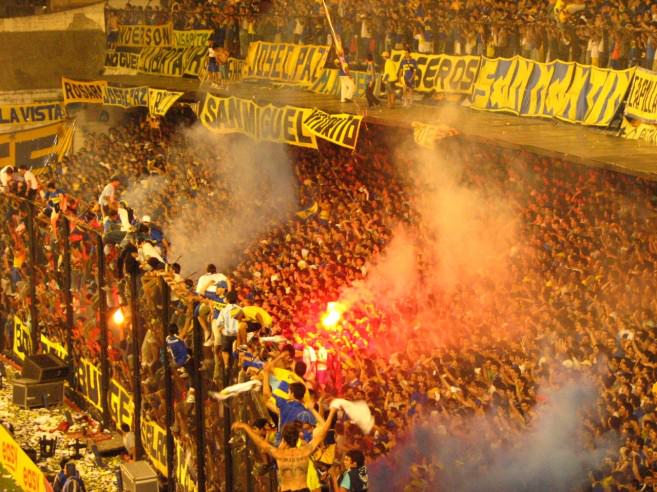 I’ve written about football across the globe: Paraguay, Siberia and, er, Scunthorpe. And nothing is even close to the experience of seeing an Argentinian football game. It doesn’t have to be the ‘superclásico’ either, I spent years going to Huracán (my team) and Argentino Juniors (just around the corner from my apartment), and enjoying the thrill just as much as at Boca. While Boca claim to have ‘la mitad mas 1’ (‘the half plus one’ of all Argentinians as fans) and River the rest, it’s over egged. The fans of Independiente, San Lorenzo, and Racing are no less passionate. Here’s our guide to the Buenos Aires teams you’ve got to see. 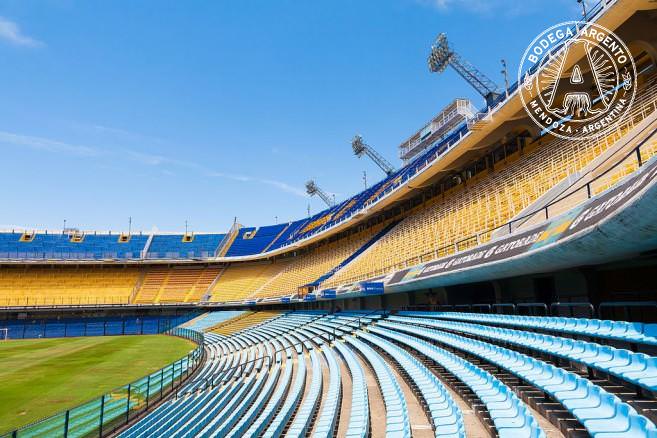 An empty Bombonera in La Boca; photo by Alessandro Grussu.

The most famous of all Argentinian teams. Buenos Aires is all but painted blue and gold, and La Boca certainly is. And going to a game at the Bombonera is, without exaggeration, the one things you should do on any visit. River Plate are their eternal rivals.

If it was an English team: Liverpool. Working class roots, world domination, lustre worn off a bit. 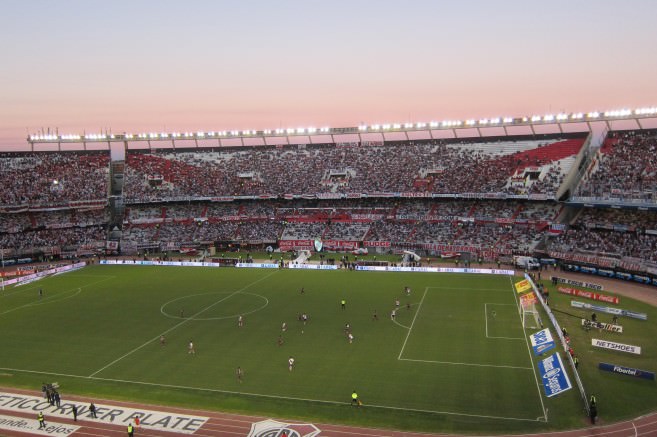 The scene at River Plate; photo by verndogs.

The other big team in world football. River Plate, playing in El Monumental in the upmarket Núñez neighbourhood, are the most successful team in Argentinian football, winning the Primera 36 times. After a disastrous few years on and off the field (hooliganism, demotion, massive debt), in 2014 they won the league and the domestic cup.

If it was an English team: Chelsea. A ‘wealthy’ team, but lacking in the personality stakes. 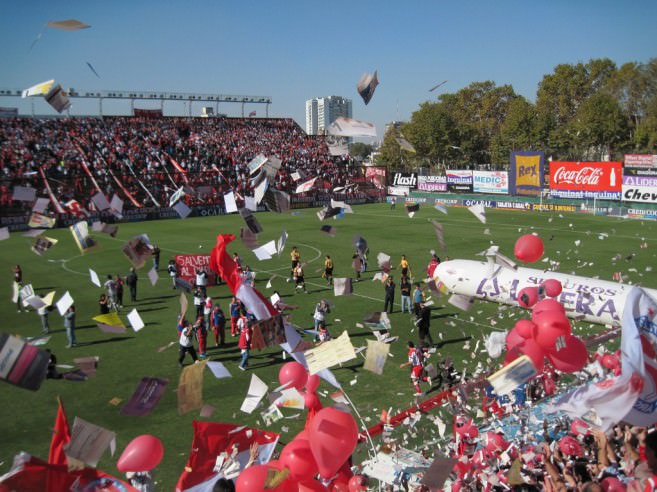 Fans of the Argentina Juniors celebrate as the team runs onto the pitch; photo by Sam Kelly.

This unassuming team from the unassuming neighbourhood of La Paternal (my old home) is a wonderful barrio club: friendly and full of history. Despite the fact they have just been relegated, visiting the stadium here is a great experience. One of the safest to visit.

Bluffers fact: They were originally called the Martyrs of Chicago after the anarchists hanged after the Haymarket Riot in Chicago.

If it was an English team: Southampton. Under achievers, but with a long history of great players.

Racing’s Avellaneda home is literally a stone’s throw from arch-rivals Independiente (stones are often thrown) and are another great underachievers. They are, however, having one of their best seasons for years right now.

If it was an English team: Everton. Wobbly at times, and not widely popular. 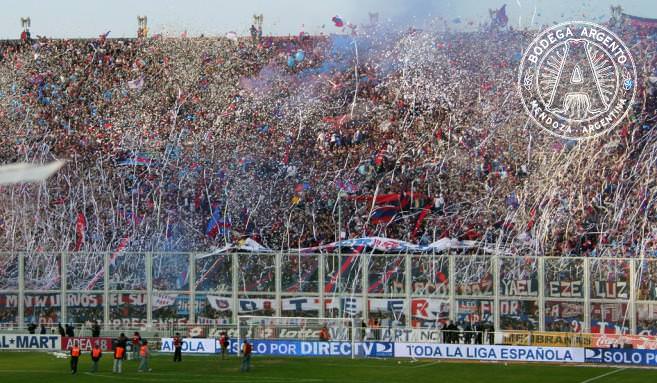 The scene in San Lorenzo after a goal; photo by Fer Quintana.

One of the five biggest teams in the country, and successful overall. Plenty of celebrity fans (Viggo Mortensen! For one), and middle class supporters. Their biggest rival is Huracán when they are in the top division.

If it was an English team: Arsenal. Enough money, celebrity fans, pretty successful. 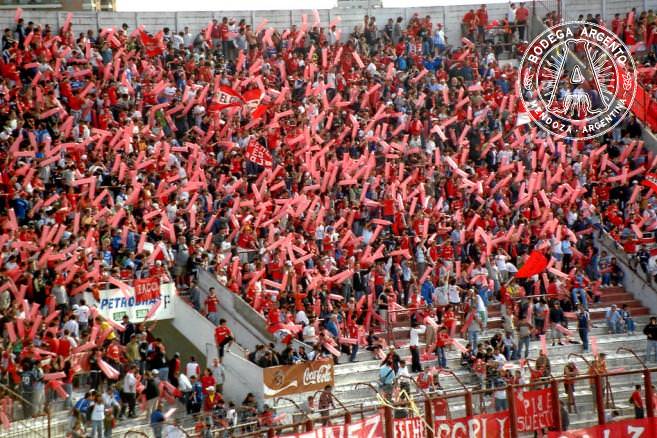 They may be nicknamed the King of Cups, but it’s been a while since their trophy cabinet was opened, with the notable exception of the Copa Sudamericana in 2010. The 1970s were their glory days. They were relegated in 2013 for the first time in their 109-year history, but immediately promoted again. Some of the most passionate fans in Argentina.

Bluffers fact: During the 1970s, they won more than a dozen titles.

If it was an English team: Tottenham. Fairly successful and fairly solid and fairly well liked. Mid table.

How the league works

There are two divisions: The Primera Division with 20 clubs and the Primera B Nacional with 22 clubs. The Primera season runs from August to May and is divided into two tournaments, the Inicial and Final, with the winner of each playing a superfinal to crown one overall winner each year. It changed in 2013 from the slightly more confusing aperture and clausura in which we saw a winner for each and an overall winner.