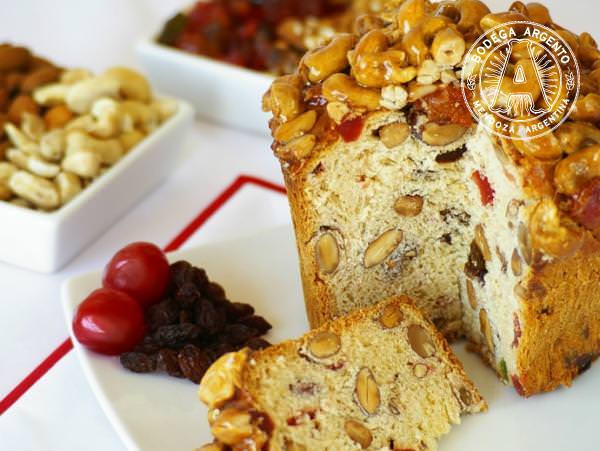 Eat, drink and be merry.  There are moments in the year that bring people together and one of those moments is the Holiday Season. Year-end gatherings combine feelings and emotions with long-standing culinary traditions. Holiday Season celebrations are such when we have food and drinks to share and every country has its own typical cuisine for the occasion.

Of course, Argentina is no exception. Our Holiday Season meals are a fusion of local and international dishes, resulting in a very Argentine Christmas and New Year, hallmarked by family gatherings and good moments shared with friends.

Let us imagine, for a second, that we are in Charles Dickens’s Christmas Carol and are visited by the spirits from Christmas past, present and yet to come.

If the spirit from Christmas past visited us, it would show us meals and drinks dating back to the time of our ancestors, mostly brought in by immigrants from Spain, Italy and far-off Russia.

Can you picture this Holiday Season dinners? Most meals overloaded with calories as if we were ten meters under snow, when we would actually love to be in a swimming pool because of the sweltering heat. Well, this is partly thanks to European immigrants, who brought plenty of recipes to cook meals to endure the harshest of winters. However, for many decades now, Grandma’s recipes have been at the heart of the family table.

Meet some of the big players at the Holiday Season table:

Ensalada Rusa (Russian or Olivier salad). The name is self-explanatory. Ensalada rusa dates back to an ancient Russian recipe, probably a Czar’s creation, and landed on the Argentine Holiday Season table…never to leave. Wondering about the ingredients? Diced boiled potatoes and carrots, green peas, dressed with mayonnaise. Colourful and creamy.

Tomates rellenos (Stuffed tomatoes) They are a must. Generally contributed by an aunt in the family who does not excel in the kitchen, but will make stuffed tomatoes her hallmark dish for good, mixing up whatever she can think of and stuffing it into giant tomatoes cut in half. Any stuffed tomato worth its salt boasts a combination or tuna, rice, mayonnaise, hard boiled eggs and minced olives, with room for any other ingredient you may think of. A more avant-garde version calls for a bit of salmon and couscous instead of rice. It’s a matter of taste. What would your version of stuffed tomatoes look like?

Lengua a la vinagreta (Beef tongue vinaigrette). Tongue vinaigrette is, still to date, a proud player at the Holiday Season table. Beef tongue is slowly cooked in broth and sliced once it is cold.  The meat`s mild taste is balanced with a mixture of parsley, vinegar and chopped hard boiled eggs used as topping.

Shrimps with Argentine fry sauce. There was a time when Argentines wanted a fancy New Year’s table and some of them came up with the idea that a shrimp cocktail was perfectly fit for the part. Today, shrimps are paired with Argentine fry sauce and palmitos and no longer rank among the table’s VIPs. Argentine fry sauce was born thanks to someone`s great idea of mixing mayonnaise and ketchup, which yielded a soft orange sauce. If you give it a try, you will see why it ranks among Argentines’ favorite dressings.

Matambre arrollado. Matambre is a traditional Argentine dish, which can be made both with beef and chicken. Beef matambre is a very thin cut taken from between the skin and the ribs, while chicken matambre is stuffed chicken breast. In both cases, we have a thin and wide meat cut which is ideal for stuffing and rolling, although when not stuffed matambre can also be grilled as part of an asado. During the Holiday Season, matambre is typically stuffed with greens, bell peppers, carrots and hard boiled eggs. Matambre is then boiled and, once cold, it is sliced and served with salad.

Deviled eggs (Huevos rellenos).  The Holiday Season table adores stuffed food. That`s why deviled eggs are another classic. These are hard boiled eggs, which are then sliced in half, lengthwise. The yolk is removed and used for the filling. In come anchovies and, of course, mayonnaise. As with all the Holiday Season dishes mentioned in this blog, every family has their own version of deviled eggs. Hence, you may come across mushroom, chicken or even pâté fillings.

Pionono. Another Argentine Holiday Season classic…named after Pope Pious IX, as the dish was created to pay him tribute in the 19th century. Once again, you can give free rein to your imagination when preparing pionono.  Its core ingredient is a thin and semi-sweet spongy cake which is filled and then rolled up. Traditionally, ham, lettuce, hard boiled egg and tomato make up the filling, but there may be as many variants as your creativity permits. Hence, it is not unusual to find piononos stuffed with minced tuna and chicken. After stuffing and rolling the pionono, mayonnaise, pepper and olive are in order for the topping. It is served cold and sliced, as a first course.

After dishing out these meals, our mothers and grandmothers still thought that everyone was feeling hungry and that it was time to start a proper dinner. In came a roasted chicken with potatoes, more salads and even a roasted pork – a culinary feast that would make Roman emperors green with envy.

Pork.  For many, cooking pork for the Holiday Season is a ceremony in itself. There are those who spend hours grilling pork, convinced that the longer you grill, the higher the praise. After all, you endured long hours by the intense heat emanating from the grill, amidst the sweltering southern hemisphere summer heat in December, which makes grilling a full feat. And then there are those who roast pork in huge firewood-heated mud ovens, where a slow and prolonged baking renders the meat soft, tender and distinctly flavored. No wonder pork – whether grilled or roasted – is at the top of the culinary Holiday Season ranking.

But what about drinks? We needed to pour a good wine. Tradition would have it that only red qualified as good. Shame! To miss out on an incredible Pinot Grigio.

And now…dessert! Some family members have to loosen up their belts by now.

Fruit salad and ice cream are served, to bring our body temperature down a degree or two.

But this was not it. We were yet to enjoy the hallmark of every Christmas and New Year table: nuts, almonds, nougat and the star, His Majesty, il panettone.

Cider bottles made an appearance but, no doubt, a good bubbly was the protagonist of the midnight toast…ever enticing us to make a wish.

“Hello, let me tell you about the current Holiday Season menu. Nothing much has changed compared to what my colleague from the past has told you. It’s just that we all want to feel lighter nowadays. These are lighter times, with a focus on experiencing taste rather than quantity.

On today’s table, the excesses of the past give way to more original salads, for instance, with delicious cheese stepping into a blend of textures and contrasts. Turkey, cold meat cuts and even seafood are part of the main course now. Ideal for warm evenings. Of course, there will be those who bring an asado on board as part of the celebration.

The present is filled with new wines, like Malbec Rosé, Cabernet Franc, Pinot Grigio and, of course, sparkling wines like Extra Brut and Brut Nature – the true fireworks of any celebration.

Don’t forget about the 12 raisins at midnight, right at the time when New Year’s Eve turns into the New Year. Or else our twelve New Year wishes will sink into oblivion”

“I can only tell you this much about Christmas and New Year meals in the future, and that is that there will come times to experience new flavors, which will blend into new traditions, while we will revisit recipes from times immemorial – that comfort food we hold dear – but with a different nuance.

And, above all, we will drink new varietals, taste new blends, and learn about new wine making techniques – for still and bubbly alike – that will make us merry and willing to toast on!” 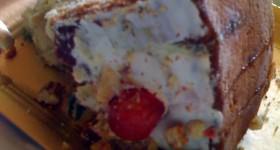 Have Yourself a Merry Little Navidad: Christmas in Argentina 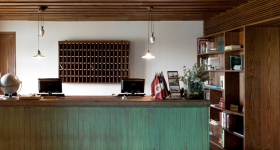 Not the Last Resort: Signs of Life in Punta del Este’s Low Season