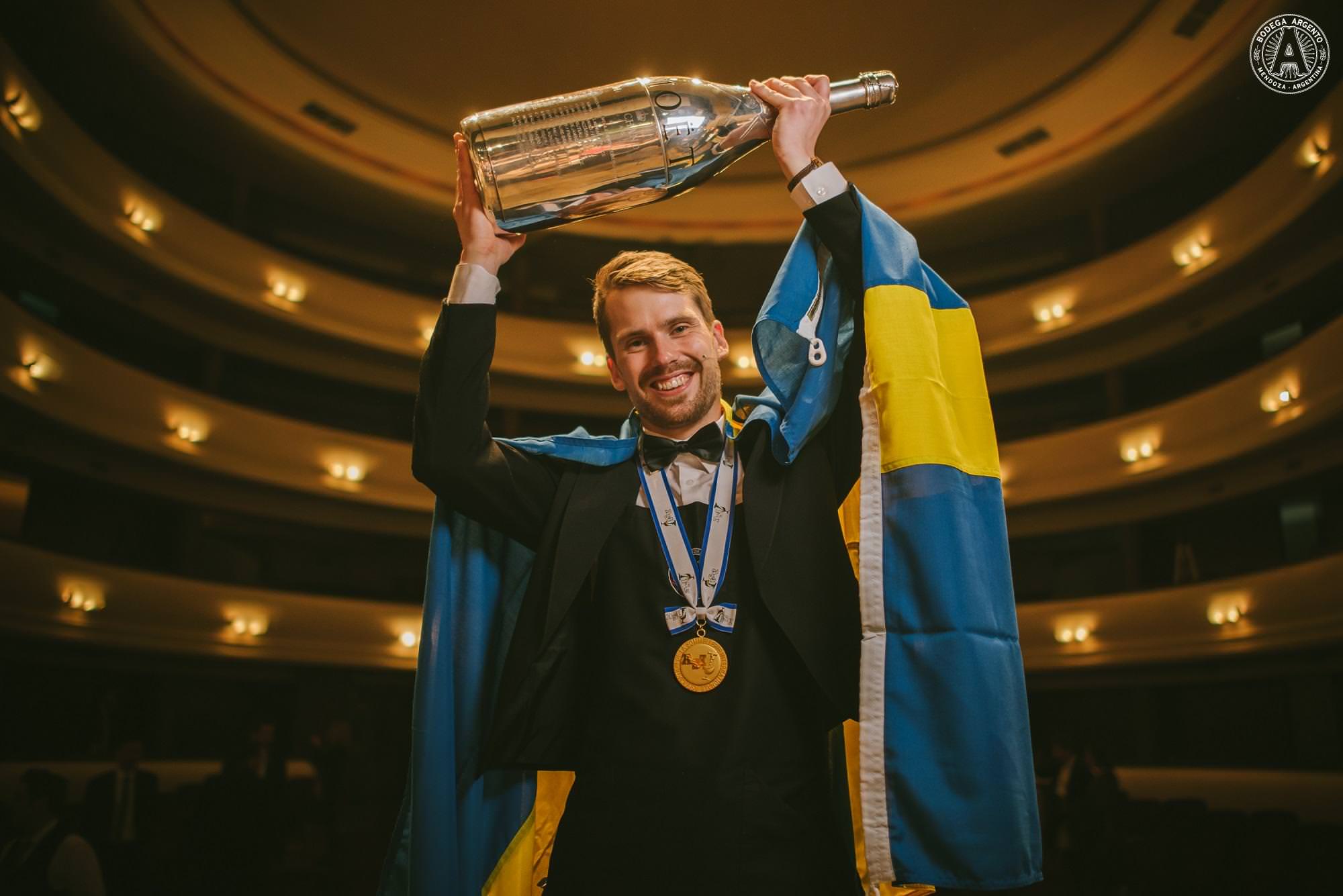 It was a double scoop for the New York-based somm, who had taken Europe’s top title in 2013.

Competition in the 15-strong semifinal came from Argentina’s very own Paz Levinson, who was anointed Best Sommelier in the Americas in 2015, and Japan’s Hiroshi Ishida, Asia and Oceania’s top taster, also in 2015, as well as a string of candidates from Europe.

Also of note was all four female sommeliers in a competition of 61 reaching the semis: besides Bariloche-born Paz, Ireland’s Julie Dupouy, Canada’s Elyse Lambert and Finland’s Heidi Mäkinen made the last 15, proof that the fairer gender is making headway in a usually male-dominated profession.

But unfortunately the Americas’ first nose wasn’t meant to reach the final on home terroir, coming within an inch of reaching the finals by ranking a heart-breaking fourth.

Instead, it was Julie Dupouy and France’s David Biraud who had the privilege of competing onstage against Arvid in front of a 500-strong live audience at Teatro Independencia in downtown Mendoza, as well as thousands more wine fans via Youtube.

The tough jury set the trio 12 stringent tasks in order to test their mettle, running the gamut from Champagne service, cocktail preparation, food and wine pairings, spirits tasting recognition and even a photo round featuring names, places, wineries and even insects – the peksy phylloxera aphid, as it happens – that candidates had to recognise.

Each candidate performed individually, then gathered for two final tests, one of which included serving a magnum of rosé Champagne into 15 glasses. The hitch? They couldn’t return to add more bubbles to the glass once they had finished serving; all glasses had to equally filled given that the judges basically whipped out tape measures; and no liquid should remain in the bottle.

In fact this was one of Arvid’s weaker rounds, given that his fizzy leftovers filled almost a whole glass. But the chirpy Swede – who demonstrated oodles of charisma and knowledge – had obviously redeemed himself in earlier rounds, and felt confident in the service rounds, as he explained.

“I convinced myself I wasn’t even in the running for winning but after listening to some feedback, my strengths were service. Picture recognition was hard as I missed things that were very evident but I couldn’t get them into my head at the right time. Being in the spotlight doesn’t help either!”

The illustrious final organised by the AAS Argentina Association of Sommeliers wrapped with dinner for 600 guests at Bodega Los Toneles and a banging party next to the stainless steel tanks fermenting grape juice that went on until past five in the morning. The 2016 harvests might have some special characteristics to it after 600 sommeliers danced next to them.

Argentina’s other great Argentine hope Martín Bruno ranked in the top 40 in the world, polling a very respectable 29.