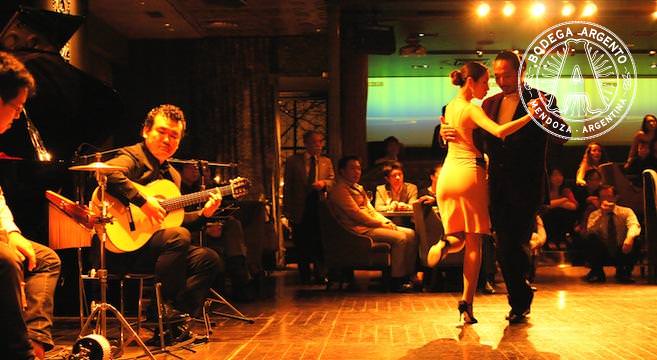 If you’re not lucky enough to be in Argentina right now, and you’re longing for some authentic Argentinian culture, what do you do? Traditionally, you head for the nearest themed steakhouse, which is now almost as prevalent around the world as the Irish pub.

That’s a very fine place to start, but is the sum of Argentina made up only by parts of a cow? A boom in tourism in the early 2000s – plus a simultaneous wave of post-crisis emigration from Argentina to Europe and the US – has led to a more amplified understanding of the Argentinian way of life. From music and drinks to film and dance, here’s our look at Argentina’s growing influence abroad.

Fernet may have been invented in Italy as a herbal digestif, but it was hardly the youngsters’ choice before Argentinians added a dash of Coca Cola and adopted it as their unofficial national drink. With rumours that it minimises hangovers, could it be the next big global party drink? If Jägerbombs took off, surely there is room for one more odd, medicinal-tasting alcohol on the market? After all, it’s already popular in San Francisco since gaining popularity during the Prohibition. At SF’s Bullitt bar (2209 Polk St), you can even find fernet on tap. Washington DC cocktail bar The Passenger is also getting through it by the crate load, as is Bar Sifó in Barcelona. 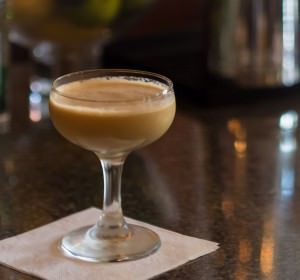 Then, there is London’s Moo Grill, which has just opened new premises in Aldgate and decided to take things up a notch by offering fernet cocktails. Fernet cocktails?! Apparently that’s exactly what the incredulous barman said when he was asked by the boss to come up with a new spin on the drink, but the inventive results are surprisingly good. For added fun, they also do a fine Bloody Mary, given an extra kick with a dash of chimichurri. Londoners can also check out Galante, a swish new Argentinian cocktail bar in South Kensington.

Tango is, of course, Argentina’s other big export, reaching from Tallinn to Tokyo. Tango was pioneered in 1920s Japan by a man known as Baron Megata who had picked up the steps in Paris. He kicked off a huge scene that still goes strong today and even inspired a song Lo de Megata. His tale is told in the Spanish video below and in this English article – which also tells the intriguing story of a Japanese tango singer in Argentina who couldn’t speak Spanish so sung phonetically. 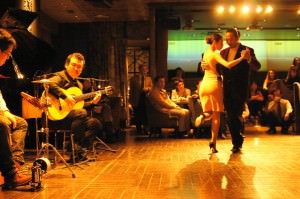 But it’s not all tango. Argentina is also setting out to rival Canada’s Cirque du Soleil with the incredible performances of its theatre and acrobatics troop, FuerzaBruta. Having just completed a run on Broadway, they are currently performing at London’s Roundhouse.

And what about electro cumbia? Despite plenty of pushes in the worldwide press, it hasn’t quite taken off on a global scale. Maybe 2013 will be its year? Quick, someone invent a horse-inspired dance to go with it. Oppan Boca-style! 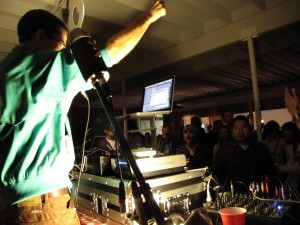 Chancha Via Circuito performs his digi-cumbia at Atwater Crossing in Los Angeles; photo by trontnort.

Argentina has been churning out top-notch movies for many years, but the Oscar won by El Secreto de sus Ojos certainly helped to raise the country’s profile. Ricardo Darin’s next vehicle, Carancho, was also highly acclaimed by foreign reviewers, while Las Acacias went on to pick up a handful of gongs in Cannes.

So if we continue to look beyond steak for a moment here, what are we left with? Plenty. In London, Garufin – an offshoot of the established Garufa steakhouse – is offering something more unusual by embracing regional dishes and more hands-on snacks, including ox and tripe empanadas. 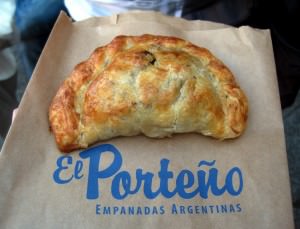 An authentic empanada in San Francisco; photo by Shockingly Tasty.

There’s also the award-winning empanada joint in San Francisco, El Porteño, or the well-loved Buenos Aires Bakery & Cafe in Miami, for all your medialuna and dulce de leche needs. The area known as Little Buenos Aires in Miami deserves a special mention in itself. Anyone missing Argentina can find the next best thing in this little enclave, where constant cries of “boludo!” and “mirá vos” greet your ears as you stroll along the beachfront. 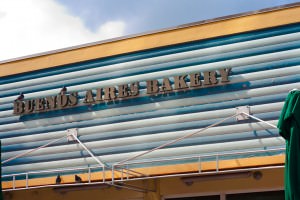 And if, after all that, you still crave that special beef, rest assured. You can find a Argentinian steakhouse almost anywhere, from Bangkok to Reykjavik.

Have you discovered any authentic Argentinian culture elsewhere around the world? We’d love to hear about it in the comments below. 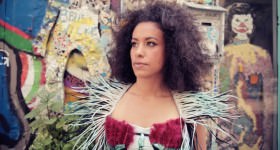 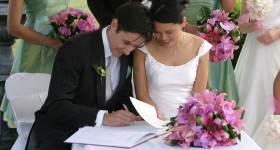 How to Survive a Wedding in Argentina

4 responses to “Argentinian Culture Around the World”