First of all take a rest. Sleep. Have a siesta – a big one. It’s going to be a long night. Stamina is key to surviving an Argentinian boda (wedding). But before we dissect the mixture of the tradition, syncretism and the frankly bizarre moments of an Argentinian wedding, we need to roll back the time to when the two lovers were, well, just that.

To take a Churchill quote wildly out of context, dating a girl or boy in Argentina is a riddle, wrapped in a mystery, inside an enigma. Sure, Churchill was talking about the Russian forces during World War II, but you get the idea. There are unspoken rules about dating in every society, it’s just that gringos and gringas are ill-equipped to deal with the Argentinian ones. Don’t be surprised if you are invited back to the folks on date two for an asado – yep, things move quickly here.

One myth is that Argentinians, of both sexes, are obsessed with marriage. It’s perhaps not an obsession, just more important institution in the country than in the UK or US. Ninety-two per cent of the country claim to be Catholic, although only 20 per cent practise regularly. For this reason and, more importantly, simple economics, most Argentinian boys and girls live at home until they are married. (Hence the popularity of the Telo – Argentinian sex hotels). No wonder they want to get the hell out and married so quickly. The average age for a man to get married is 25.6 and 23.3 for a woman according to a UN survey; in the UK it’s 30.7 and 28.5 respectively. 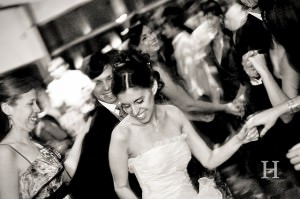 Once you have plied your father-in-law with Fernet and promised him you’ll live in Buenos Aires forever, you can then offer the wedding ring to your beloved. No engagement rings here (bloody sensible if you ask me), but they are worn on the right hand until the wedding day. Next up is the Wedding Shower – basically an engagement party.

Before the wedding day, often precariously close, is the despedida de soltero and soltera – stag and hen nights, which basically consist of ritual humiliation, nudity, strippers and dressing up as a bunny. In fact, the only difference between a stag do in Bournemouth and Buenos Aires is being paraded around Palermo in the back of your mate’s car in a noisy midnight procession.

If the groom and bride are still alive/talking to one another/in the country, a low-key formal ceremony takes place at the registry office with close family in tow. The next day, however, is the big day.

Stamina, I reiterate, is needed. More than likely the service won’t begin until 9pm. PM! The service is mercifully brief. The couple walk down the aisle together with the groom’s mother, and bride’s father (well in need of a Quilmes by now) standing beside. There are no bridesmaids or best men. The priest blessing the rings and that’s it. Well, there’s the mother of all parties to get to, after all.

En masse, the wedding party descends to, if you are lucky, a golf club, country quinta (country house) or a rich uncle’s house. If you not so lucky, you could end up in a salon de fiesta. I’m sure some are upmarket affairs, with professional waiting staff and a well-stocked bar, but I’ve never seen one.

The glowing couple start the evening off with a waltz. Guests line up either side – men on one side, women on the other, and at some point, the couple will part and grab another dance partner. Here ensues a painful two minutes, akin to the last slow dance at a school disco whereby you seek a partner, or are sought by someone.

By now, famished and in desperate need of booze, you are shown to a table, where the feast commences. It is, needless to say, mostly a meal of meat, with side portions of meat and, for vegetarians, chicken. Thus ensues a long night of eating, dancing, meat, dancing, drinking Fernet & cola, doing the conga, meat, the conga again. Then to break up the conga, there’s the bit where you dance around with someone in the middle. The thump in the back signifies it’s your turn in the middle – but after two-thirds of a bottle of Malbec and three Fernets, the caterpillar seems like a good idea (it’s not, trust me). Then the one where you do the can-can. Then bride is spun around to within an inch of her life.

At some point in the evening, the bride’s single friends will pull ribbons out of the cake – the one with a ring on it suggesting who will get married.

Thankfully at around 6am, breakfast is brought out, usually accompanied by whisky, at which point I suggest you skip the whisky, and skip to the taxi.

12 responses to “How to Survive a Wedding in Argentina”