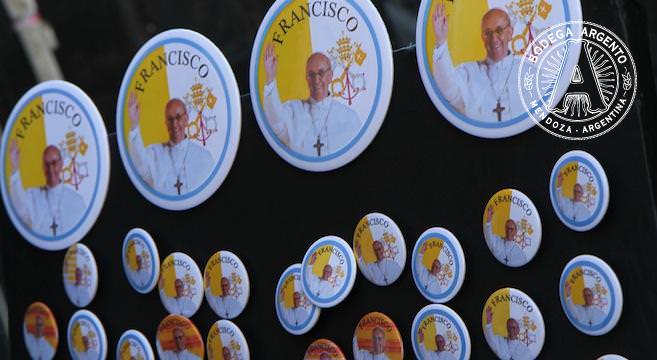 Argentina has talked about little else during the past week. There’s 24/7 coverage on the news channels, pages upon pages of articles in every newspaper (What does his old teacher think? What happened to his first girlfriend?). At every kiosco, his face looks back at you from the covers of Caras and Hola; congratulatory posters have been hastily thrown up in shop windows. Almost everyone has a story of how they once met him, received a blessing, or saw him on the Subte – or at least a family member or next-door neighbour has.

So, if you are planning a pilgrimage to Argentina in Francis I’s honour, where should you go? Here is The Real Argentina’s guide:

With no imposing domes or elaborate spires, Buenos Aires’ cathedral is more modest than many other capitals’ equivalent. Its relatively low-rise neoclassical front gets almost overshadowed in the corner of Plaza de Mayo, as the Casa Rosada takes centre stage and gleaming office blocks rise behind it. This is where Cardinal Bergoglio would lead the faithful in Mass. While you’re standing in front of the marble steps, glance up to the right and note the rather non-descript apartments, where the cardinal made his much discussed “humble home”. 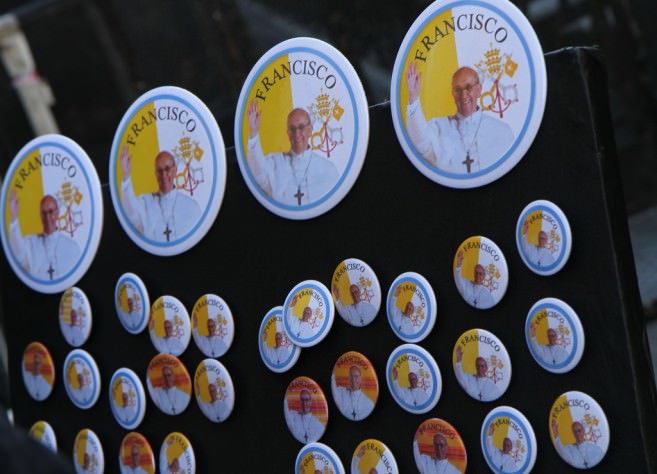 Buy Some Souvenirs in Luján

For something distinctly more impressive on first sight, head to Luján and its neo-gothic basilica (reminiscent of Notre Dame). Although very rarely visited by your standard tourist, this is an incredibly significant site for Catholics and known as the country’s Capital of Faith. Catholic souvenirs (from saintly figurines to bumper stickers) have always been sold in high quantities outside. Many stallholders must be thanking the lord for the boost their trade is now about to receive. To get to Luján, catch the number 57 bus from Plaza Italia or Plaza Miserere to Luján (1½ to 2 hours).

Flores, where the Pope was born in 1936, is certainly not a tourist destination, but the one area that does very occasionally receive a handful of adventurous travellers is barrio coreano (Koreatown). Here you can eat real-deal Korean cuisine at Casa Felix (Carabobo 1537, +54 11 4633 8500) and then walk across the road to sing karaoke at Chess (Carabobo 1548, +54 11 4632 4242). Note that there is a notoriously crime-ridden villa (shantytown) nearby, so remember to play it extra safe. Always get a pre-booked taxi and arrange to be picked up/dropped off right outside the door. Strictly no wandering. Residents of Flores are currently campaigning for Avenida Carabobo to be renamed Avenida Francisco I, which could be the first of many such honours.

“Ex-girlfriend” tells Argentine press that Bergoglio said if she didn’t marry him, he would become a priest:

One of the most repeated facts about the new Pope is that he thought nothing of taking the Subte or colectivos (public buses) around town. This is surely the easiest way to follow in his footsteps. For an on-the-spot beginners’ guide to how the public transport system works, try the free orientation tour by Buenos Aires Local Tours.

Bergoglio has not only pledged himself to the Catholic Church, but also to Argentina’s other great religion: football. The new Pope is a card-carrying socio (member) of the San Lorenzo de Almagro supporters’ club. Poor San Lorenzo has had a turbulent history, having lost its original ground during the military dictatorship and been forced into a much rougher area. After a recent legal battle, the government intervened and has now given Carrefour (the French supermarket that stands on the spot) six months to sell the land back, after which it will be expropriated.

Instead of attending a game at San Lorenzo’s new, unsavoury home, catch them playing away instead. Football DeTours can help you get tickets and accompany you to the game. (More on the supermarket battle here and San Lorenzo’s papal connection.)

Go to the Supermarket

Bergoglio regularly refused restaurant invitations and preferred to cook at home. So as a final homage, grab some simple fare (a bag of gnocchi will do it) and go self-catering. Just don’t go to Carrefour.