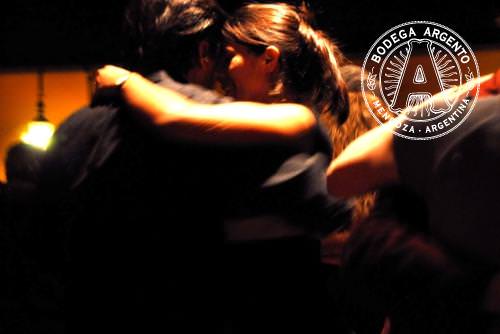 They say that tango is the very expression of the Argentine soul. Certainly its roots are entwined with those of modern-day Argentina as the country emerged into a nation of immigrants in the late 19th century. It was a time of tremendous change especially in the port of Buenos Aires (B.A) which was swamped with Europeans seeking a new life in the New World. Soon the influx of Italians alone outnumbered the resident porteños – citizens of B.A, who were mainly descended from Spanish colonists and African slaves.

With every boatload came not just more people and their meagre possessions, but all their hopes and fears as well. Imagine the palpable sense of expectation in the air with all those individual dreams waiting to be fulfilled or crushed. There would be a feeling of great excitement and optimism coupled with a yearning, backward glance at the Old World left behind. All this, and more is distilled into the tango – a potent cocktail of passion, lust, sorrow and pain.

No-one invented the Argentine tango. Instead it evolved out of a multitude of musical forms in the 1880’s including the Candombe with its African, drum-based rhythms, the Cuban Habanera, and the once popular Milonga – whose name is now used for places where you can dance the tango. But probably the greatest influence, at least musically, was the bandoneón – a concertina brought to Argentina by German sailors at the turn of the century. The instrument’s poignant, wrenching sound soon became the sound of the tango. Today there is a giant, stainless steel bandoneón, erected as a monument to the dance, on the city’s famous Avenida Corrientes.

As Buenos Aires expanded, Avenida Corrientes surged westwards for 63 blocks to keep up. Theatres sprang up on along its length each with their own Orquestra tipica playing tangos through the night in what became dubbed the street that never sleeps. The dance had already caught on within the teeming, working-class slums where couples gripped each other tight as they performed the intricate steps. The close embrace of Argentine tango where dancers connect chest-to-chest to form a single axis, may have developed in these crowded dance-halls simply through lack of space. Sometimes men danced with men, either through a shortage of women, or while they waited in brothels.

Despite its low-life roots and raunchy reputation, the lure of the tango proved irresistible and soon famous band-leaders would pack the elegant dance palaces of uptown districts like Recoletta night after night. And just as tango was being embraced by wealthy porteños at home, the dance began to spread abroad. In 1912, the first known party of musicians and dancers sailed from Buenos Aires to Paris, and then on to London and Berlin. A year later it had reached New York. Almost immediately the tango was tamed into Ballroom tango where the steps were simplified, the pace speeded up and the dancers prized apart into a less steamy embrace. Many were still shocked by this provocative new dance, and the Vatican later called for it to be banned. But it was too late, the tango was here to stay.

Tango has become Argentina’s greatest cultural export that has taken root in a myriad of different forms across the world. The dance has been constantly adapted, modified and reinvented, both at home and abroad. In countries as far removed as Finland, the dance has become almost an obsession. The lyrics of Finnish tango are said to be full of love and sorrow, and often express a longing for a distant land of happiness. 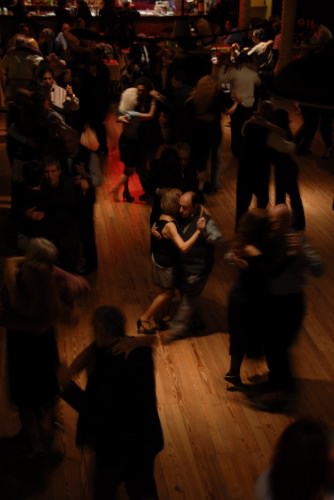 Compared to the glitzy, confected world of Show tango with its acrobatic leaps under studio lights, the Finnish version appears closer to that immigrant melting pot of late 19th century B.A where it all began. Today the dance is also light entertainment on TV with shows such as ‘Dancing With the Stars’ in the States and ‘Strictly Come Dancing’ in the UK. It is no different in Argentina. But if you seek out the traditional milongas in B.A and avoid the stage shows put on for tourists, you will find the dance-floors packed with porteños still dancing to the original beat. 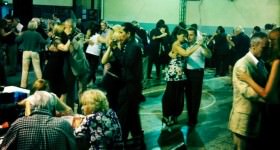 The Real Tango Experience in Argentina 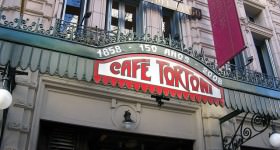 3 responses to “The Lure of Tango in Argentina”