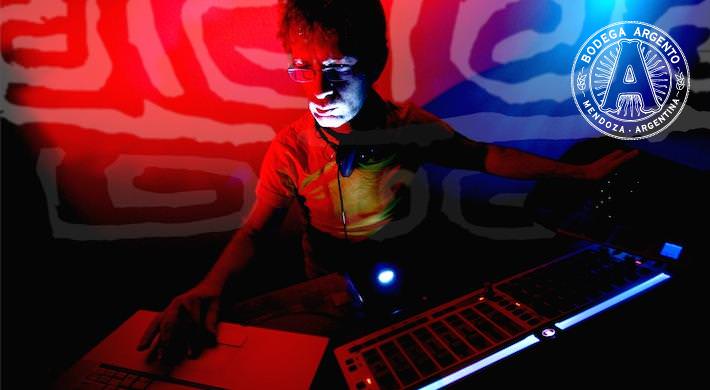 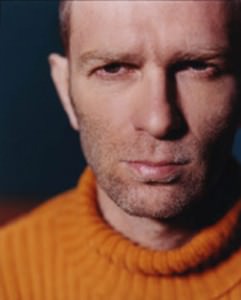 As I mentioned in a previous post, the Andean northwest beats to the sound of a different drum. Its music has more in common with that of Bolivia and Peru than the urban tango of Buenos Aires. The instruments are different, as are the rhythms, lyrics and melodies.

The Soundscape of Argentina’s Northwest

Nothing, however, quite prepares you for Gaby Kerpel. In his benchmark album, Carnabailito, he took the sounds, mood and, most importantly, the vibe (or onda as they would say in Argentina) of this stunning part of the country and mixed it, mashed it, messed it until it was, if not quite unrecognisable, then certainly genre defying. The name of the album alone squares it firmly in the provinces of Salta and Jujuy – Andean cultures that celebrate carnival in a blur of homemade maize hooch called chicha and locro (stew).

What Gaby Kerpel does for the Argentinian northwest, along with highlighting the folk touches, is create a soundscape – one that reflects the confusions and ironies of Salta and Jujuy. Yet its sound is also firmly rooted in Buenos Aires. Or, should I say, a particular Buenos Aires music scene, one where young urban musicians focus on their roots to create a new fusion. We saw it with the electro-tango movement and also later with the young, almost anarchic, tango orchestras such as the Orquestra Típica Fernández Fierro.

The themes of tango and folklore became relevant during the financial crisis, when all of a sudden stories of loss and poverty resonated again. Gaby Kerpel can now be seen as a founding member of this movement, and one of its most successful proponents – a movement that spins predominantly around the Zizek label: ZZK Records. As Gaby Kerpel he only released one album – Carnabailito – in 2003, but its influence has been vast and worldwide. Yet, as is also de rigueur, he can change roles from musician to producer, to DJ, to artist as he swaps instruments. 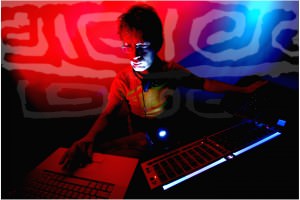 Gaby’s alter ego, is King Coya. ZZK Records describe King Coya as being from the Northern Argentine Andes and is ‘the digitalized, imaginary version of Gaby Kerpel’. His latest release Digital Folk Cumbia: Cumbias de Villa Donde, from 2009 is a collection of folklore, mixed for consumption on a sweaty dance floor with too much Fernet and Coke. Again, it comes from behind the decks of Zizek Club – along with other adherents such as the mash up artists Chancho Via Circuito and Villa Diamante, also looking to the northwest for inspiration.

Cumbias de Villa Donde is also inspired by the cumbias of Colombia and Peru and includes a track with Petrona Martinez, a Colombian singer who was nominated for a Grammy in 2002. With the charango (a mandolin type stringed instrument), we have dirty synthesized beats; with the coplas (songs sang by women, accompanied only by a hand drum) we have mash ups of diverse samples. It all sprang from the dance floor.

Gaby Kerpel himself has quite some history. Notably he was the composer who conducted the score to De La Guarda and Fuerza Bruta – the highly energetic theatre shows whereby the performers would be suspended from the theatre roof and the audience marvel at the show above their heads. It was a frenetic show and one soundtracked by Gaby Kerpel. The album came out on Island Records, and the shows toured the world to astonishment and much copying. It was the indigenous beats and folklore dance that inspired the whole De La Guarda movement.

For Carnabailito, however, he brought in the big guns: namely Gustavo Santaolalla to produce the album. Santaolalla will be the subject of an upcoming post, but I can almost guarantee you have heard his work – he won two Oscars for soundtracks to Brokeback Mountain and Babel and also contributed tracks to Deadwood, The Motorcycle Diaries and Collateral. Oh, he also was a founding member of the Bajofondo Tango Club. His subtle filmic touch can be heard across the album. You can listen to the album Carnabailito on Spotify.

Right now, according to his Facebook page, Gaby Kerpel – flitting between himself and his alter ego King Coya – is mixing his latest album with Balvina Ramos, and her haunting coplas.

And listen to his mixtapes here. 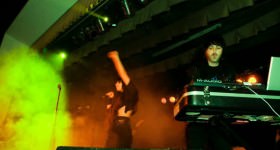 It’s All About The Manta Raya

One response to “Gaby Kerpel Beats to a Different Drum”