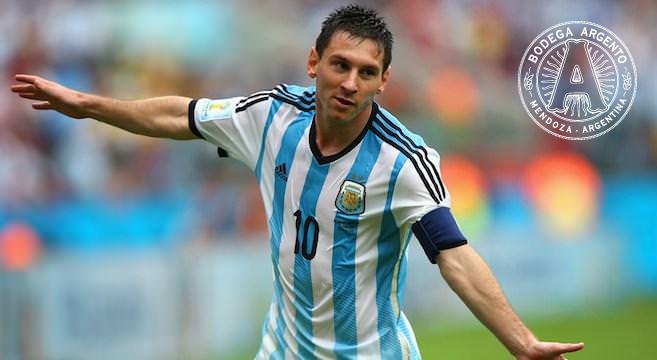 Selección Argentina are through to the final 16 with Messi back on form.

“Dale! dale! DALE! Vamos Argentina! Yeeeaahhhhh!” Or, should I really say: “phew”. The good news is that we’re (that’s Argentina and all their supporters) through to the final 16. Great news for sure. But, let’s be honest, La Selección didn’t make it easy on themselves, despite having a particularly easy group. Argentinian fans are now accustomed to watching their national team in exactly the same way as the English do: through gaps in their fingers that are clasped to their face. But who said watching your team in the World Cup is easy? It’s not, it’s a painful exercise.

I genuinely don’t look forward to watching games with the teams I care about: Argentina, England, Ghana (in that order). And it’s been tough watching Argentina – they started a bit, well, sketchy. Yes they won all their games, yes there were flashes of brilliance, and yes Messi seemed to find form against Nigeria, but they weren’t especially convincing wins. The winning goal in Iran versus Argentina should not have been scored in the 91st minute. But, and I’m going to extend a metaphor a little too far here, the World Cup is a game of two halves. The group stages rarely have any reflection on who does well in the knockout stages. 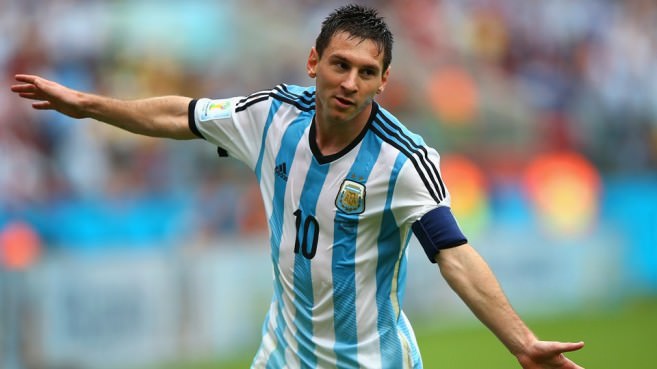 Messi celebrates after one of his goals against Nigeria.

Argentina play best when they are cocky, confident and in their stride. Few national teams hit their stride in the group stages and every team has suffered a wobble, even Germany or Netherlands. Brazil look good on paper, but they are far from solid. Argentina still has probably the best attack in the tournament, but the defence is wobblier than a badly made mate gourd (I’m referring to the one I’m drinking out of now). The World Cup is still all to play for.

Rather bizarrely I watched the Nigeria game in a London brewery (the amazing Kernel) with a Swiss brewer who used to live in Caballito. After arguing over whether Boca Juniors striker Palermo used to be any good (me: no, him: yes – but I’m a Huracan fan for my sins), we agreed that in the first half, despite having a particularly leaky back four, Argentina’s midfield and attack were finally looking world class. Zabaleta was looking slow, Sergio Agüero left the field with a muscle strain, and Ángel Di María looked great. And off a positive win like that, there’s no reason Argentina can’t go all the way. And the next game is against Switzerland – I’ll take that! (But after that it’s likely to be one of the World Cup favourites Germany).

What have we learnt from the games so far?

1. Messi is finally on form for country

In the words of the Nigerian coach Stephen Keshi after the game: “He’s Jupiter, he’s different.”

See his amazing goal (and impressive commentary) in a 2-1 win against Bosnia here:

And his effortlessly brilliant free kick against Nigeria here:

2. The defence needs some work

These are the highlights against Nigeria. Granted, Nigeria’s goals were fantastic, but where was the defence? (turn the sound down on this one!):

On the way to the game:

Here celebrating the goal against Iran: 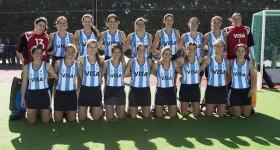 Argentina at the London 2012 Olympics