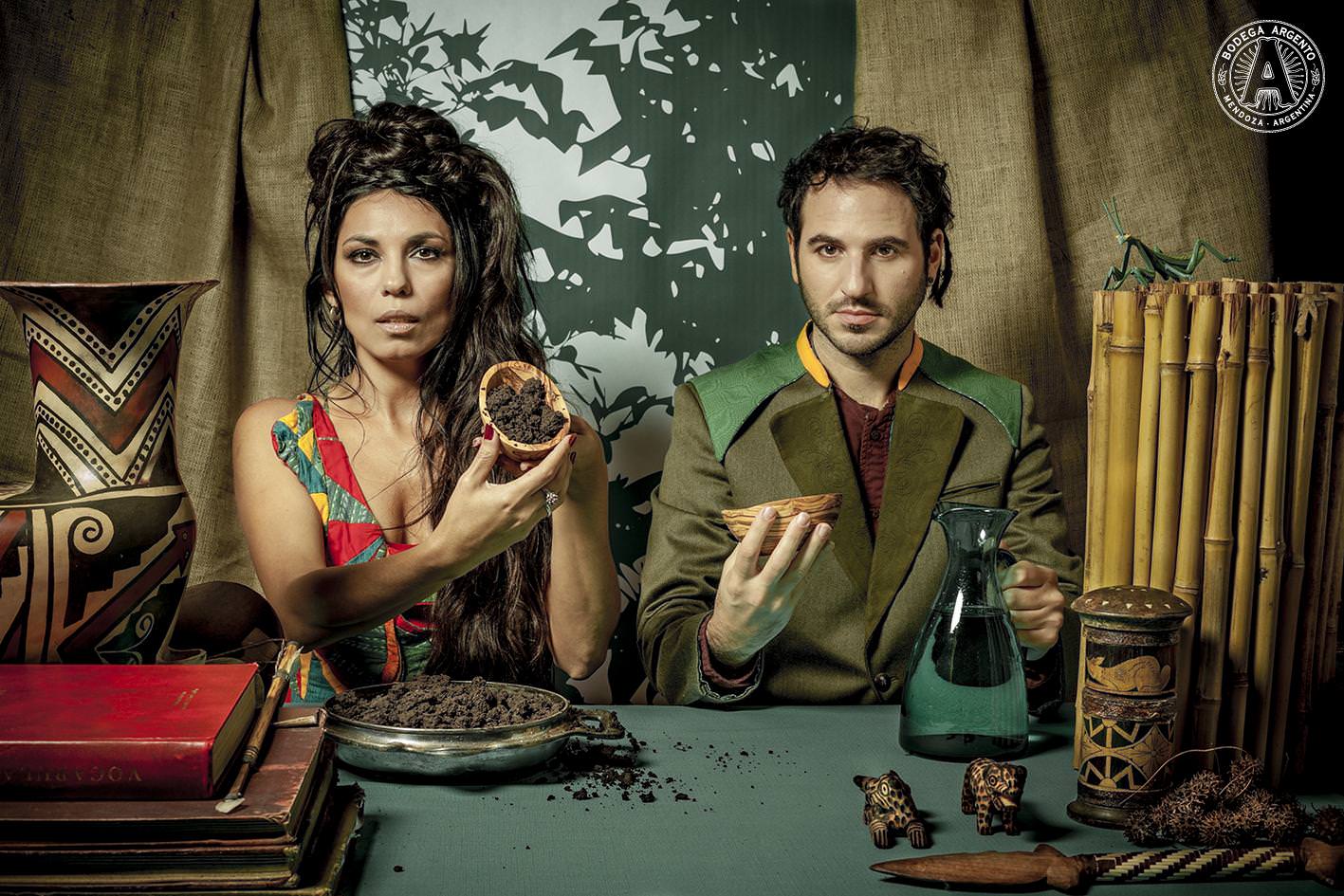 Music is the bones of a place. Lyrics can reveal just as much as any history book in terms of the psyche of the people, current state of things and reflect on how things once were.  And, man, does Argentina have a story to sing about.

The Real Argentina takes a look at the roots of the holy trinity of rock nacional, tango and folclore to get under Argentina’s musical skin whilst guiding you to the gigs you should be getting excited about now.

In the first of three music blogs, The Real Argentina’s guide to folclore…

Folclore embodies the wholesome earthy vibe rooted in la tierra, el campo and el corazón of Argentina’s gaucho culture. Romantic partner dances play out at peñas all night long with locals waving handkerchiefs in the air to songs, which mesh European and criollo indigenous influences. Although stalwarts of the genre still get airplay, there’s a whole new world of folclore beats banging on dance floors these days.

Northwest provinces pushed folk up on top again with the almost overnight success of bands like Los Chalchaleros, Los Fronterizos and the Ábalos brothers. Los Chalchaleros sang as sweetly as the Saltenean songbird they named themselves after and recorded close to 50 albums from 1948 until taking their final bows in 2003. Tune in to the foursomes’ folclore tales, which cover zamba, cueca, chacarera, gato and chamamé styles.

Like rock nacional, the 70’s military dictatorship tried to intimidate and crush the adoration of folclore’s connection to the oppressed population. Artists like Atahualpa Yupanqui Meaning ‘He who comes from faraway lands to say something,’ in Quechua and Mercedes Sosa, better known as the ‘voice of the voiceless ones,’ stood by their political ideals despite censoring and faced numerous arrests, some live on stage in Sosa’s case. Both took refuge, living for stints in Europe.

Adopting his stage name in honour of two Incan Kings, Yupanqui’s indisputable lyricism secured his seat as the King of folclore: after side stepping his Communist ideals on return to Argentina that is.

Sosa was a staunch Peronista in her youth. Favoring leftist causes throughout her life, she sang a repertoire of Brazilian and Cuban songs. The end of the Falkland’s war in June ‘82 brought an end to the Guerra Sucia (Dirty War) military regime and just months before the fall, Sosa returned home, now an international star and later winning a string of awards including a Latin Grammy. ‘Gracias a la Vida’, is a good place to start exploring her 40 decade career, during which she worked with artists as diverse as; Sting, Charly Garcia, Shakira and Andrea Bocelli. President Kirchner ordered three days of national mourning to honour her death in 2009, with thousands queuing to see her body at the National Congress.

Chaqueño amigos, Diego Pérez, Juan Sorrentino and Esteban Peón started their lo-fi synth tweaked folk outfit Les Yacaré at a chance gig. Taking a punta de vista cooperativa on album El Que Se Asoma all three composed four songs, which they produced as a trio. Vocals, guitarra criolla, bombo and bombo legüero swap hands on stage making for dynamic gigs set against evocative live nature visuals to get your head out of the city even if your body has to stay. Simple sensory delights grace their lyrics with love, heat, rain and solitude filling the honest lyrics of this beautifully sonorous group.

Influenced by his Ukrainian polka music roots and chamamé typical of his Misiones region, Horacio ‘Chango’ Spasiuk had an accordion under his arm aged 12. Later finding success at legendary Cosquin folclore festival, fans home and abroad lap up his crescendo filled concerts, which rock the folk to maximum effect. He cleaned up at the 2005 BBC World Music Awards with best Newcomer.

School friends Julia Ortiz and Dolores Aguirre AKA Perotá Chingó started out busking beaches in Uruguay in 2011 a la gorra. ‘Rie Chinto’ went viral and the duo traded in pesos in the hat for theater stages around the world. Thankfully their energetic charge and intimacy stayed true.

Jasmin Esquivel y Los Alces are as cute as a cute-filled pie can be. Not just a pretty face, talented, vocalist and guitarist Jasmin leads her Alces ‘Mooses’, Sofía and Tomás into intensely goose bump provoking power chorus’. Tomás contorts over his banjo whilst Sofía percussively weaves rhythms on her bombo legüero and artfully plays spoons. Catch them up close at a cultural center in the capital before they lay down their first album and get big.

Take a walk in the folclore jungle

Ousted from Argentina to LA for very different reasons to Sosa, former 1980s comedy actress Juana Molina ran to escape a grudging army of fans unable to cope with her new musical guise. They’ve since got a grip and Molina, an international following for her surreal tinged ‘folktronica.’

Between Charo Bogarín’s technical grace and magnetism and Diego Pérez’ twerking on samplers, guitar and keyboards, Tonolec’s kaleidoscope concerts conjure ceremony like journeys to the North of Argentina. Inspired by songs learnt directly from the elders of Chaco’s Toba community and the children of the Mbya Guaraní community in Misiones, these ancestral rhythms are respectfully remixed with electronic music. Charo’s mother moved the family North to Resistencia after her husband became one of the thousands of desaparecidos who ‘disappeared’ during the dictatorship of Videla.

Chancha via Circuito’s tripped-out, beat blending of Andean infused psychedelia is like an ayahuasca ceremony for your ears. Getting airplay on Giles Peterson’s BBC Worldwide show, tours across Europe, the US and a set for the Buenos Aires’ Boiler Room sessions doesn’t stop DJ and producer Pedro Canale from stomping BA dance floors and festivals where he works up South American rhythms over synths and samples with Miriam Garcia on vocals. Wrapping up inspirations from Cumbia, Afro-dance, carnival murgas, minimal dub and folklore tales, everything touched by Chancha turns to gold as he brings the jungle to the dance floor.