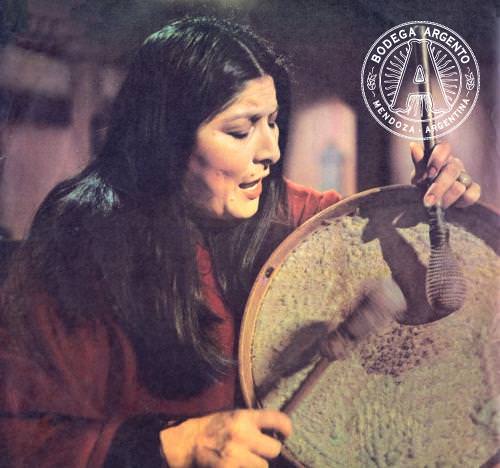 If tango is the soundtrack of Buenos Aires, then it is traditional folklórico that scores the rest of Argentina. And where the countryside collides with the city is at wine-sloshing musical shindigs called peñas.

Peñas in Buenos Aires attract everyone from home-sick northerners from Salta and Jujuy, to city folk who don’t want to get their feet dirty, to students looking for a bit of culture mixed with a lot of fun.

Each peña has a slightly different musical angle. The term folklórico is a catch-all term for a lot of traditional music that isn’t tango. It could be from the jungles of the north-east, the Andean plains of the north-west and right through to Patagonia.

The most popular type of music is chamamé originally from Corrientes, an area that attracted a lot of European settlers. The resulting sound blended waltzes and polkas with Spanish music. Further west the Andean music of Salta, Jujuy, Bolivia and northern Chile mix. The charango, a small lute like instrument, usually provides a rhythmic chord accompanied by wind instruments. Jaime Torres is perhaps the best known charango player and can be seen regularly in Buenos Aires. The chacarera is more usually defined as a dance, accompanied by guitar, violin and bombo drum and can be seen at Mataderos market every Sunday.

The folk movement in Argentina during the 1960s and 1970s developed what is known as the Nueva Canción (new song) that mixed politicised lyrics with an occasionally rockier sound. It is mostly seen within the context of the military dictatorships of Argentina and Chile, yet it produced stars such as Mercedes Sosa who died recently. Artists like Soledad ‘La Sole’ Pastorutti and Juana Molina are modern day proponents.

Yet, at the peña, it is often more traditional music. Lubricated with lots of red wine and fortified by excellent food (often from the north) such as humitas (stuffed corn-meal dough pasties steamed in husks) stews and empanadas, these evenings can go long into the night.

A good place to try the food along with top quality acts, including the occasional tango (shhh), is La Peña del Colorado (Guemes 3657, Palermo, Buenos Aires, 4822 1038) which attracts a studenty crowd keen on making their own music when instruments are passed around after the show. Hidden behind a closed door on Uriarte is the relaxed La Casa de los Chillado Biaus (Uriarte 2426, Palermo, Buenos Aires) run by two talented brothers who always have a little tinkle before introducing their main act. If you are lucky enough to hit one of the monthly parties held by the brothers behind Los Cumpas (various locations, see www.loscumpas.net) you’re in for a happy hoedown, and almost certainly a hang over. They also play Tomás Lipán quite a lot.

Folklórico is often found between tango and rock at the large La Trastienda Club (Balcarce 460, San Telmo, Buenos Aires, 4342 7650). Finally Los Cardones (Borges 2180, Palermo, Buenos Aires, 4777 1112) is particularly popular when young gauchos descend on the city for the annual La Rural exhibition at the end of July, but this entertaining peña is great all year round. At the end of the often ramshackle performances, guitars are handed out and the partying continues until early morning. Don’t be surprised if you are asked to play a couple of folk tunes from home yourself – and no, Oasis and Led Zeppelin songs don’t count.