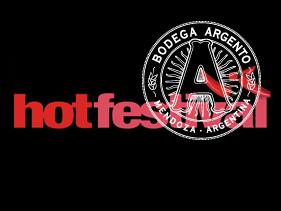 Music festivals in South America are all about 4 things… wellies, falafels, mud and Kate Moss. Oh no, sorry, that’s England.

Argentine music festivals are all about moshing (they bounce insanely to everything), bad lip-syncing (some very creative mouth movements going on), illogical wristband-voucher-beer-buying methods (seriously, don’t ask) and public displays of affection (aka rampant snogging).

Although often described as ‘el culo del mundo’ (the ass-end of the world), plenty of cutting edge international musicians come all the way to Buenos Aires.  The two day ‘Hot Festival’ in Costanera Sur in November 2010 saw bands like Massive Attack, Thievery Corporation and Stereophonics finish 15-month-long-tours in the humidity of this hedonistic city – all top and tailed by Smashing Pumpkins and Pavement gigs. Also heating up the already baking crowd were Hot Chip (name-appropriate), Phoenix (lead singer Thomas Mars bravely climbed into the mosh-pit), must-see Brooklyn hipsters Yeasayer, and Scissor Sisters and Mika. Another highlight was the bare-chested Girl Talk AKA Gregg Gillis who yanked 30 of the crowd onstage and satisfied us with his samples and mash-up music for an ADD generation. Many had their ‘festival moment’ to John Lennon’s ‘Imagine’ as giant inflatables bounced over an international crowd – and the world will live as one indeed.

The Real Argentina got an exclusive backstage interview from the Stereophonics’ Kelly and drummer Javier (who’d just gone for a steak at La Cabrera). Although one of Argentina’s most famous international exports, this was Porteño Javi’s first time playing in his home city, so of course he had his entire family representing backstage – including his 90 year old grandma who was actually onstage for the whole set (she didn’t fancy joining the snogging, moshing crowd).

I can’t tell you about Massive Attack and Thievery Corporation’s after-party at Palermo’s Prodeo Bar – what goes on tour stays on tour. Let’s just say that the party continued in suitable decadence at the Faena Hotel well into the scorching hours of the following day. How very BA.