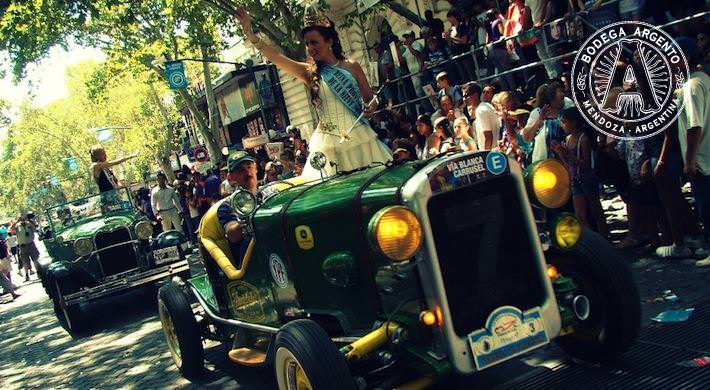 For a country that takes such pride in its produce (and needs no excuse for a fiesta), it’s remarkable that Argentina’s food and drink festivals are only just gathering pace. Naturally, beef and wine are still the headline acts, but are joined by an increasing number of more specialist events. Here is a look ahead to the best Argentina festivals and fairs in 2012 aimed at the food and wine enthusiast in everyone. If you know of any others, please share them with us in the comments below.

13-15 January 2012 (just ended, so plan ahead for next year)
El Hoyo, nr El Bolsón, Chubut
www.bolsonweb.com/frutafina.html
Locals and fruit pilgrims to the Patagonian fruit capital gorge themselves on the region’s strawberries, plums, raspberries and blackberries in just about any form you can imagine. And, of course, there’s the all-important crowning of the Queen of Fine Fruit.

3-5 February 2012
Cholila, nr El Bolsón, Chubut
Argentina’s largest celebration of its sacred asado grill, where the meat is accompanied by music and dancing and one lucky girl is crowned Señorita de la Asado (Miss Barbecue). Patagonian lamb will grace the 500-odd grills – ‘asado con cuero’, meat cooked with the skin on, is the traditional way to cook it.

9-11 February 2012
Villa Unión, La Rioja
Though it also features evening folk concerts and fireworks, this harvest festival in the northwestern province of La Rioja – the oldest wine-producing region in Argentina – is a more modest affair than Mendoza’s, celebrating the traditional ‘vino patero’ method of grape crushing by foot.

2-5 March 2012
Mendoza, Mendoza
vendimia.mendoza.gov.ar
Thousands of tourists flood into Argentina’s wine capital to join Mendocinos in a typically flamboyant homage to the end of the autumn grape harvest – described as an ‘alcoholic’s Miss World’ on account of its centrepiece beauty pageant.

Carnivals on the Friday and Saturday culminate in a riot of singing, dancing and fireworks in the central park on Sunday. Local food and drink producers showcase their wares on street stalls throughout February and during the festival itself. Here’s a run-through of the main events. 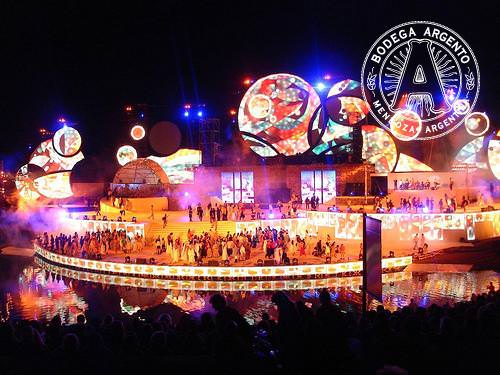 11-18 March 2012
Ayacucho, Buenos Aires Province
www.fiestadelternero.org.ar
Folk songs, traditional dancing, local sports and horsemanship are all on show at this celebration of gaucho culture in the Pampas town of Ayacucho, but it’s the cows that steal the show. Thousands of kilos of beef are stretched across row upon row of wooden crosses and cooked slowly over flames in a captivating display of collective meat worship that draw tourists from across the world. Towers of empanadas and traditional ‘pastel’ hotpots are further culinary attractions.

14-17 September 2012
La Rural, Buenos Aires
www.expovinosybodegas.com.ar
Encouraging Argentines to ditch their beloved soda siphons and slurp their way through some of the 1,000 different domestic labels is the remit of the country’s largest wine fair, held at Buenos Aires’ main exhibition centre in the spring. The Guia Oleo (the city restaurant guide) food court grows every year – an appealing pitstop for finger food samples from local restaurants. Read Matt Chesterton’s write-up of the event.

First two weeks of October 2012
Villa General Belgrano, nr Córdoba
www.welcomeargentina.com/villageneralbelgrano/beer-festival.html
For 11 days in October, lederhosen rule this German mountain village outside Córdoba, which bursts into life for one of the world’s largest and most international Oktoberfest celebrations. The cerveza-drenched festivities are fuelled by keg-loads of various local brews, while stomach-lining options include apple strudel and spätzle as well as more traditional Argentinian fare. 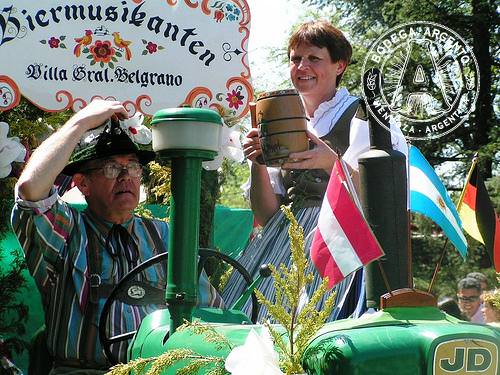 5-12 October 2012
Across Buenos Aires
probabuenosaires.com.ar/
It may only be in its second year, but this spring celebration of Buenos Aires’ mix of culinary culture has already made its presence felt in the city with a programme of events that includes open-air cookery demonstrations in plazas and parks, bartender masterclasses and juicy promotions in a stack of bars and restaurants.

October 2012
El Bolsón, Chubut
www.bolsonweb.com/fiestacerv.html
Argentina might be best known for its wine, but the country also produces some rather fine beer, particularly in the Patagonian hippie hang-out of El Bolsón, where the town’s breweries come together in a mini-Oktoberfest for tastings accompanied by food, music and dancing.

November 2012
Cafayate, Salta
Argentina’s most famous white wine has a party of its own in November, when the Torrontés grapes reach maturity. Sleepy little Cafayate, which sits amid spectacular scenery a few hours outside Salta city, pulses with a heady blend of vino, folk music, and traditional revelry and food. This is empanada country, so expect a strong pastry presence.