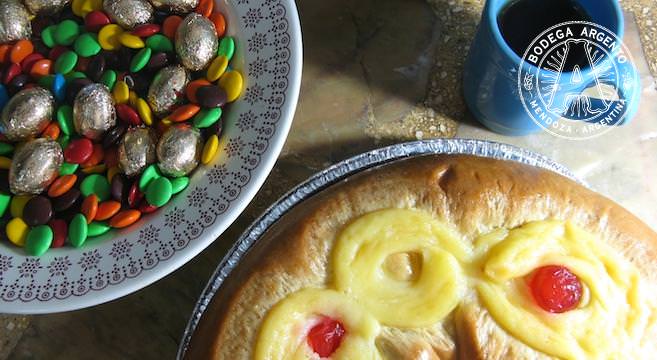 Steak, super-sweet desserts, chocolate and Malbec are the highlights of an Argentine dining experience at any time of year. But when Easter Sunday rolls around, you’ve got the perfect excuse to indulge even more. The Easter Bunny may not be making an appearance, but that just leaves more time to savour a special version of a classic Argentine Sunday – a long, lively lunch with family and friends, and a bottle or two of vino tinto. And before the main event, you’ve got 40 days to sample a variety of tradiciones de Pascua. Here’s a must-eat guide to Easter, Argentine-style. 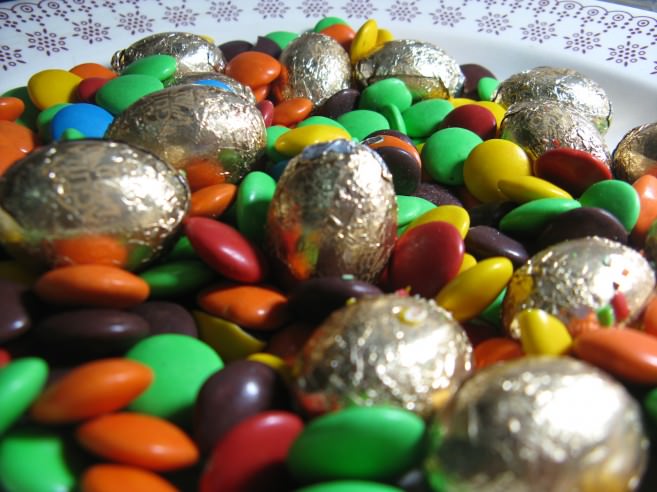 Contrary to popular belief, Argentines do like to step away from the parrilla from time to time and enjoy dishes that don’t feature any part of a cow. In particular, many people in this Catholic country abstain from eating meat on Fridays during Lent. Some people opt for fish, vegetables, and lighter dishes every day throughout the run-up to Easter.

One traditional dish for Lent is bacaloa con garbanzos (salt cod with chickpeas); a hearty meat-free stew made with chickpeas, spinach, tomatoes and a sprinkling of cumin and smoked paprika – excellent for the cooler days that arrive with autumn.

Even Argentina’s ubiquitous empanadas are given the Lenten makeover – called empanadas de vigilia – with the traditional fillings of chicken or meat exchanged for tuna. Or choose white fish, vegetables, or crumbly blue cheese and walnut (Roquefort is the most popular here). Add plump black olives and some onion and you’ve got steaming-hot parcels so tasty you won’t miss the meat. 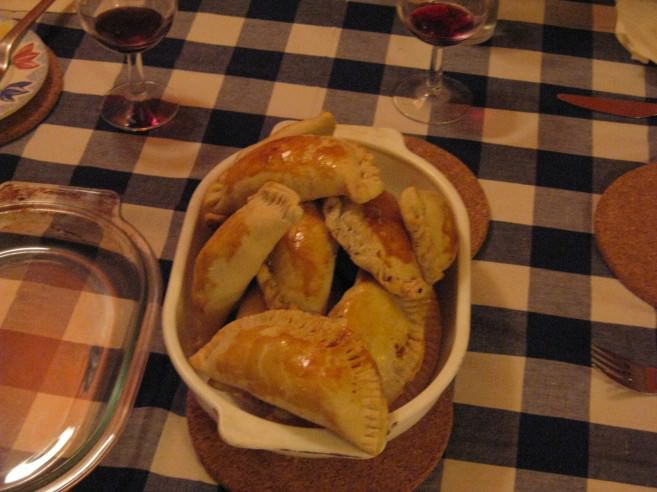 Give the empanadas an Easter twist; photo by Louise Carr de Olmedo.

Light Up the Grill

If you’ve gone the whole 40 days without much exposure to Argentina’s specialty, then Easter Sunday can’t come a moment too soon. But steak-cravings aside, you won’t really notice Easter is on the horizon until Jueves Santo (Holy Thursday), when the country shuts up shop for a four-day holiday. Sure, the supermarkets have their aisles of overpriced, foil-wrapped eggs but Easter in Argentina is nowhere near as commercial as it is in the UK or USA. 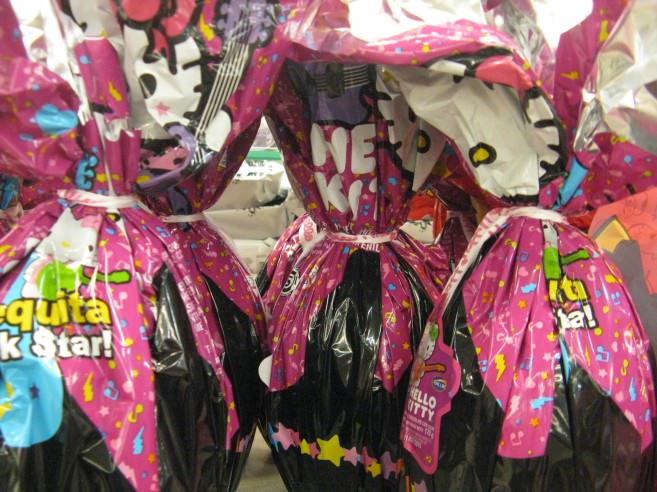 While Easter for my family in Argentina is more about family, food, and homemade chocolate eggs, it is obviously also an important religious festival for many in this 70 percent Catholic country. During Lent, and most commonly on Jueves Santo, Viernes Santo or Sábado Santo, worshippers take part in the Via Crucis – the Path of the Cross – by following a priest to churches in the neighbourhood representing the stations of Christ’s suffering.

Religious or not, there’s no denying the big attraction of Easter Sunday is the lunch. Settle down for a few hours over a traditional asado – a table groaning with picadas (bite-sized cheese pieces, salami and olives), plump slabs of chorizo, morcilla (blood sausage) and provoleta (squidgy circles of provolone cheese on the grill). Or go for Patagonian lamb or marinated chicken on the grill instead. Some families celebrate their Italian heritage with fresh pasta and ensalada (salad). Pretty much anything goes for Easter Sunday, so long as no one forgets the Malbec. Or that there’s chocolate in the fridge. 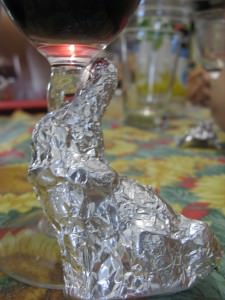 Easter wouldn’t taste as sweet in Argentina without the inclusion of what is the most distinctive of the country’s recetas de Pascua (Easter recipes) – rosca de Pascua, or Easter sweet bread. 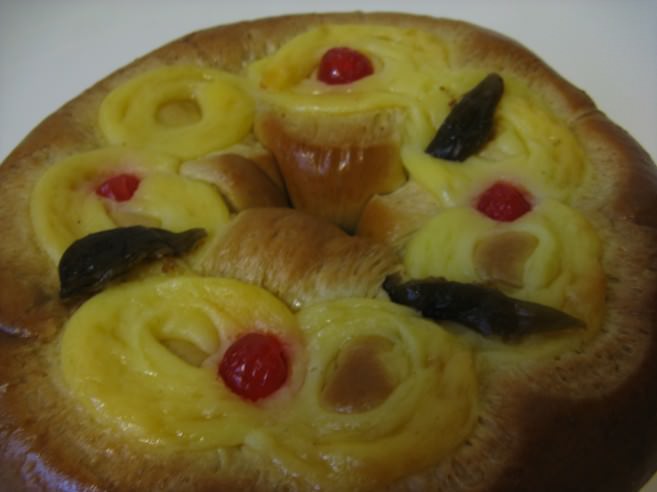 This ring-shaped bread, similar to brioche, is topped with custardy pastry cream, glacé cherries, sugar sprinkles, and maybe chocolate drizzles and a mini Easter egg or two. Some people bake the rosca with a real egg in the centre (and others replace the hardboiled egg with a chocolate one after it’s come out of the oven, so as not to disappoint the kids…)

This year I was going to make a rosca de Pascua but then I looked at the four-hour prep time, considered that I have a 10-month-old baby and can only just get it together to put milanesas and mashed potato on the table for dinner, and decided to take advantage of the abundance of roscas on the shelves of supermarkets and bakeries. Making this rosca de Pascua recipe by Katie Metz de Martínez on Hispanic Kitchen is on my to-do list for next year (probably). 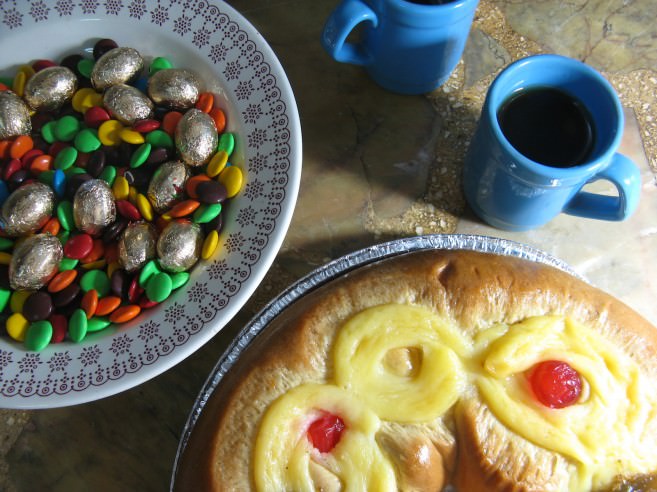 Moist, light and tantalisingly flavoured with lemon and a hint of vanilla, an Argentine rosca de Pascua is delicious after lunch (if you’ve got any space left) with a cafecito or mate. 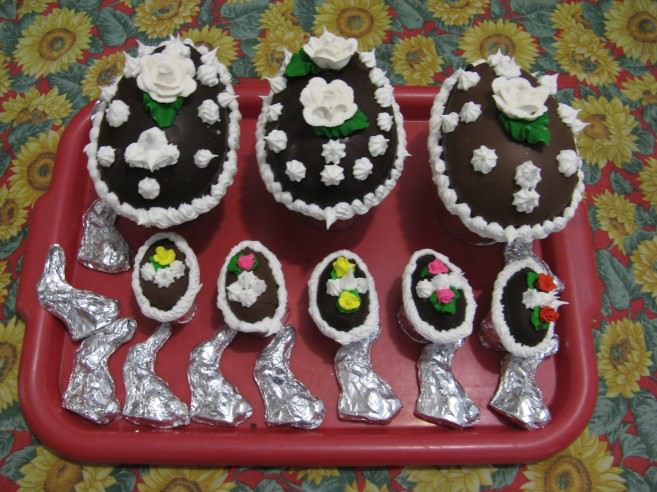 Huevos de Pascua are obligatory, particularly if there are children in the family, along with a selection of Rocklets and other fluorescent-coloured confectionary. My sister-in-law Zulma likes to make her own eggs but she admits she’s now in the minority as most Argentines choose to get their chocolate fix from the store. Eggs are often bought collectively and broken open at the table for the family to share. Don’t look for the Easter Bunny – he’s sleeping off the chorizo and Malbec. So without having to worry about setting up an Easter egg hunt for the kids, you can do the same. 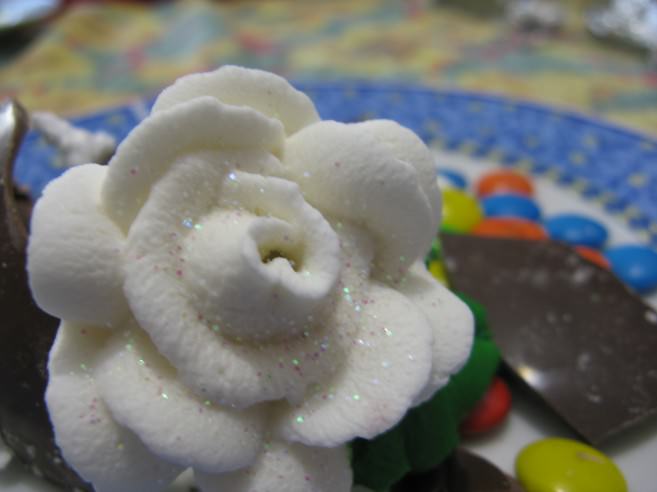 2 responses to “Celebrating Easter in Argentina”