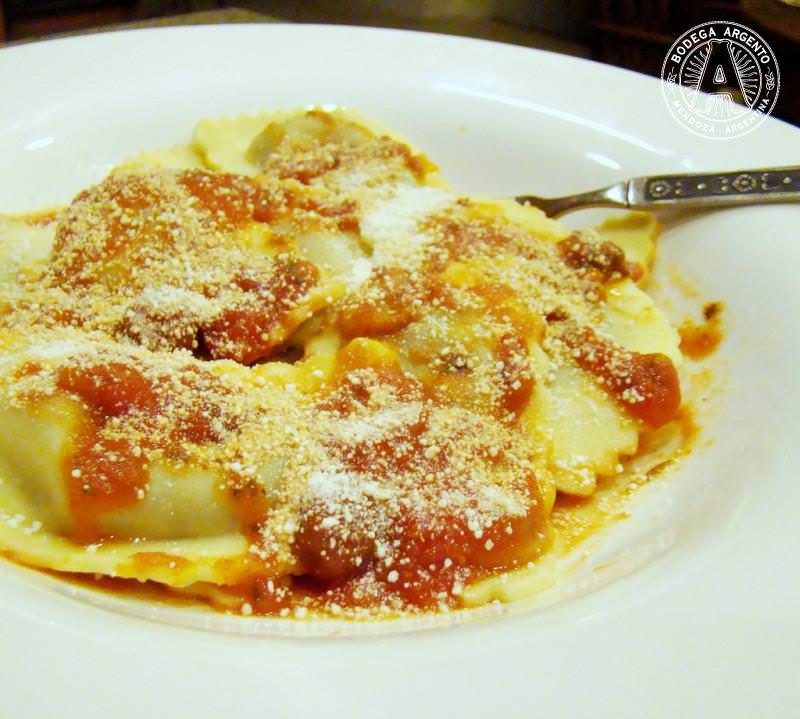 Imagine this scenario: you’re hungry and can’t be bothered to cook, so you take a trip to your neighbourhood pasta shop. Here the owner lifts his freshly made cannelloni tubes from the counter, hand fills them with his own ricotta mix, tops them with your choice of sauce and sends you on your way. As quick-fixes go, it sure beats reaching into the supermarket freezer cabinet.

It is estimated that up to 25 million Argentines can trace their family roots back to Italy and so it is no surprise that, aside from the great asado, the country’s most popular cuisine takes its influence from this part of the world. One of the great things about Buenos Aires is the abundance of fresh pasta – in supermarkets, listed on the chalkboard at your local bodegón, or in your neighbourhood pasta store.

Deli-style specialists still exist across Buenos Aires, selling nothing but pasta and its accompaniments (sauces, fresh parmesan etc). One such place – which offers the aforementioned personalised cannelloni service – is Impacto Fabrica de Pastas in Palermo Viejo (Carranza 1953), where pasta sheets are created on a rolling machine that resembles an old mangle. Meanwhile, a new kid on the block is Farfalla in Las Cañitas, which is owned by the same people behind the hugely successful Butterfly restaurant in Bariloche. 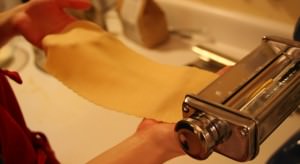 That’s the way we roll… – Photograph by Whitney

Those who come to Argentina expecting to eat like the Romans do, attenzione. Argentina definitely has its own way of doing pasta. Unlike the Italians, who eat pasta as their primo piatto, Argentinians tuck into a huge plate as their main course. Forget the idea of a ‘light’ pasta dish with a dash of olive oil or pesto, here you’ll be served a massive pile of the stuff, topped with heavy sauces of cream, tuco (thick tomato) or estofado (stew).

As far as styles go, you’ll find many of the classics: ravioli, tallarines (fettuccine) and fideos/espaguetis (spaghetti), and lasagna. You’ll also quickly become accustomed to sorrentinos, which are like big round disks of pasta, often stuffed with a cheese and basil filling.

You may expect sorrentinos to have come from Sorrento in Italy, but the Argentine legend is that they were invented in the coastal town of Mar del Plata in a restaurant called Sorrento. Here is a video tutorial showing you how to make sorrentinos, by blogger Myri, an Argentine expat who shares recipes from her new home in France:

Being in Argentina, it would be rude not to enjoy your pasta with a decent bottle of wine. Nigel Tollerman, sommelier and owner of Buenos Aires-based 0800 Vino, offers this advice for pairing wine and pasta:

“For cream-based pasta: I’d pair with a rich and full-bodied oaked Chardonnay. Chardonnay has a naturally buttery texture that perfectly complements cream and butter-based sauces. The heavier the base, the more oak I’d select. It’s important the dish doesn’t overpower the wine and vice versa.

“For tomato pasta dishes: if this dish is mildly spicy (Arrabiata-style), something like the Argento Pinot Grigio would pair well, its fresh acidity and citrus flavours nicely complementing the tomato-based sauce. If the sauce is more fruity than spicy, I’d go for a young and fresh, fruit-forward, unoaked Bonarda.

“For meat-topped pasta dishes: I would probably go for Syrah, something with lots of dark fruits, fairly robust tannins, and a hint of spice. Otherwise a Cabernet Sauvignon would pair nicely, with or without oak.” 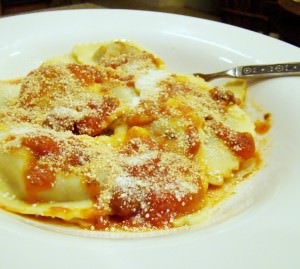 Meanwhile, if you are feeling ambitious and want to have a go at making your own pasta from scratch, chef and cooking instructor Dan Perlman says it’s not as tough as it sounds. He offers personal tuition in his Recoleta home, with bespoke classes costing A$125 (£19) per person for a minimum of two participants.

Or if you want someone else to do the rolling, Dan recommends these places for pasta in Buenos Aires: Il Matterello in La Boca, Don Chicho in Villa Ortuzar, Salgado in Villa Crespo and La Parolaccia, in various locations across town. See also this list of recommended Italian restaurants.

What do you think of the pasta in Argentina? Let us know your favourite pasta restaurant or shop, if you have one. We’d be interested in any recommendations outside of the capital too. 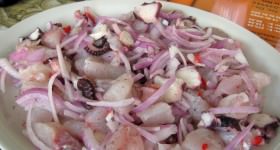 Puertas Cerradas & Barrio Chino: The Quest for the Elusive Spicy in Buenos Aires