If you’ve come to Argentina under the illusion you’re in for a heat sensation of the oral variety, then you’re going to be a bit disappointed.

I have a spice vice. I like it hot. We’re talking serious heat – no pussyfooting around with a korma for me. I scissor skinny bird’s eye chillies raw into salad. I’ve been designing a twisting chilli tattoo for seven years. I had my own windowsill pepper plants and lovingly nurtured Alfonso the Tabasco, Guillermo the Habañero and Hamish the Scotch Bonnet – until I came home drunk one night and ate them. I met my first boyfriend at a vindaloo-eating competition. I carry emergency Tabasco bottles in my bag. And I wanted to call my first child ‘Pepper’, until I found out that it’s the name of a cartoon pig. I’m hoping by the time I do have one (child, not pig), the character is extinct, like Tinky Winky, the handbag-holding Teletubbie. 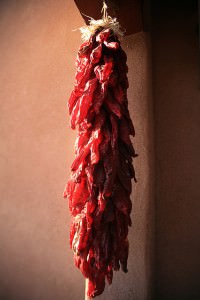 I’m sure you get it by now: I have a real thing for chillies. I love those teeny-weeny peppers which help to release endorphins, increasing your heart rate, making you sweat and bestowing a lovely sense of euphoria. So what on earth am I doing living in Argentina, where spicy food seems almost impossible to find?

The fact of the matter is that Argentines simply cannot take the tongue-tingle. They even shy away from ‘pimienta negra’ (black pepper). For a country known for being fiery, this lack of food tolerance can shock visitors who expect the Argentina food experience to be all about spiciness. The ultimate irony is that their local Malbec and Torrontes go extremely well with spicy food. But do not fear, chilli aficionados, I’ve done a recce of Buenos Aires for you. ‘Picante’ does exist – you just need to know how to sniff it out. Here are some of my favourites.

FABRICA DEL TACO, Palermo (Gorriti 5062) – Mmmargaritas and three hot sauces labelled “for porteños only”, “spicy” and “for those who dare”. I’ll let you in on a secret, though: it actually has four or five. You can get access to the secret two if you mention you’re from Mexico or Pakistan, or say in Spanish “I’m not from here. I know spice. Give me something really spicy, por favor”.

FRIDA KHALO, Núñez (Ciudad de la Paz 3093). Known for their spicy moles. Rumour has it the enchiladas will put hairs on your monobrow (bad gag, apologies).

Is that BARRIO CHINO in your pocket or are you just pleased to see me?

Buenos Aires’ Chinatown in Belgrano is relatively small, but definitely delivers when it comes to spice.

ASIA ORIENTAL SUPERMARKET (Mendoza 1677) – Shop for spices, then grab a soup from the back eating area. Great hangover nourishment, but not if you’re feeling queasy – the entrance stinks of fish. You might fall at the first hurdle before you’ve even had the curative food.

HONG KONG STYLE (Montañeses 2149) – Order one of each of the dim sum, a hot and sour soup and ask for the spicy sauce.

Perfect chilli antidote: melon ice-lollies (popsicles for the Americans). Buy from any of the counters selling battered prawn skewers. Seriously cooling and only AR$3. 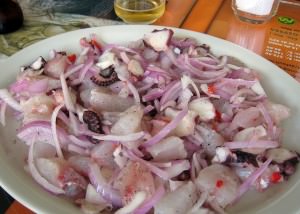 SOLO PESCADO, Abasto (Anchorena 533) – Order the mixed ceviche ‘lenguado’ (sole = best texture). Weep. Warning: ask for reduced onions if you intend speaking to anyone at any point in the next 48 hours.

CHAN CHAN, Centro (Hipólito Yrigoyen 1390) – Hipster-tastic. Prepare to queue if late/ weekend, then get on the frozen Pisco Sours to make up for lost time outside.

GREEN BAMBOO, Palermo (Costa Rica 5802) – Good Vietnamese-Thai. They ask you how hot you want it, from one to three. Ask for a six.

BANGALORE PUB & CURRY HOUSE, Palermo (Humboldt 1416) – The curry is OK (look, it’s not India), but it’s all about the house hot sauce. Plus, there’s happy hour and beer.

GIBRALTAR, San Telmo (Perú 895) – As much as it pains me to recommend an English-style pub, their Thai green curry is hot – and you can get on the beer too.

TANDOOR, Barrio Norte (Laprida 1293) – A high-end option. You can have anything spiced to taste. Plus, a hot sauce that is so hot that it almost hurts.

When in Rome (well, Buenos Aires) douse yourself in CHIMICHURRI

If all the above feels a bit ‘wrong’ and you’re a more into immersing yourself in the local culture, then whack some ‘chimichurri’ (chopped parsley, garlic, oil, vinegar and peppers) on your choripan, bondiola or whopping great lump of cow. They vary in strength and tang. My favourite is at Palermo’s MATARIFE RESTAURANT (Fitz Roy 2110), and not just because they give me tupperware-loads to take away – I add olive oil to it at home to eek it out between trips. Classy.

Variety is the spice of life, but I prefer CHILLIES

If you want to cook a fiery feast at home, then ingredient sourcing is easier than you think. Native to the altiplano is the hot ‘rocoto’, or ‘locoto’ pepper.

For chillies, cumbia music and chaos, check out BARRIO DE LINIERS’ Bolivian Mercado – Basically ‘Bolitown’. Beware, though, as it tends to be extremely busy, so keep your wits about you.

Peruvano and Bolivian STREET VENDORS – These ladies sit on corners and have the hottest skinny chillies at the best prices. I go to the Peruvian lady near Abasto shopping mall for aji picantes chicos, huge ginger roots and salsa verde in little plastic baggies.

SUPERMARKETS – Jumbos and Discos sporadically stock jalapenos and imported hot sauces – they are quite pricey, though. Instead of Tabasco, experiment with local makes – some are woefully weak, but Louisiana Gold can be a good substitute and 1/10 of the price (though I’m not sure it has ever set foot in Louisiana).

18 responses to “Puertas Cerradas & Barrio Chino: The Quest for the Elusive Spicy in Buenos Aires”