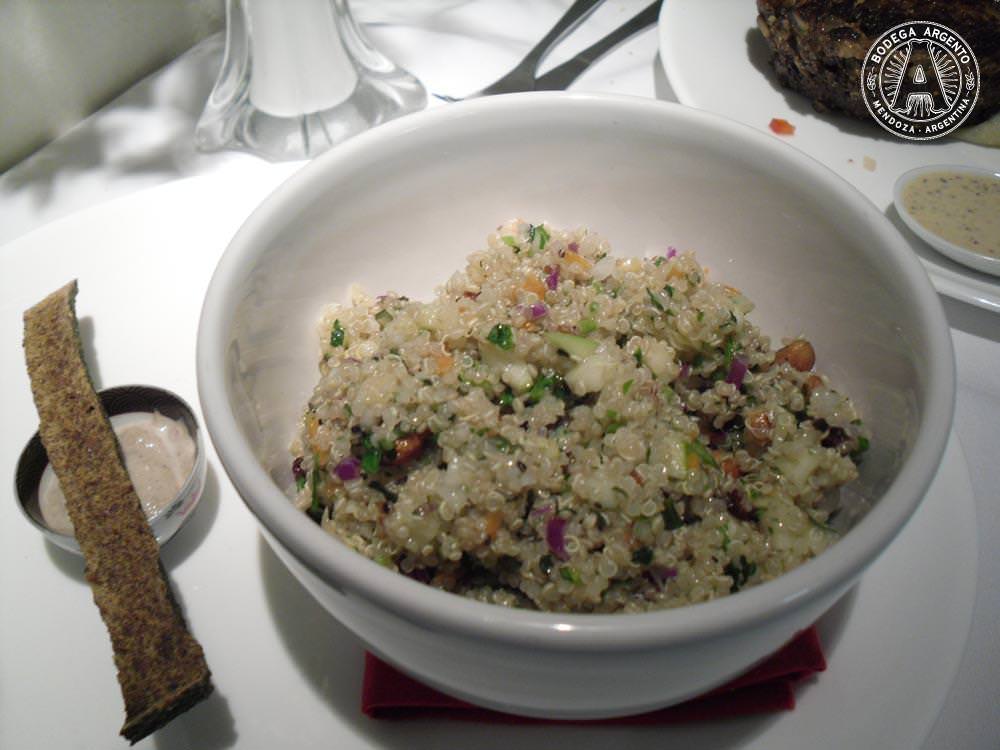 Did you know cattle farming is one of the top-three environmental problems, according to the UN’s Food and Agriculture Organization, causing 18% of greenhouse gas emissions? Me neither. So next time you slide through an almost-live fillet, have a think about the Argentine organic food options available to you before swallowing.

Although the average steak is practically organic in Argentina, given that cows regurgitate pasture instead of being fattened up via feedlots, organic farming is not legally recognised and producers pay for a certified stamp.

However, that doesn’t mean an Argentinian organic food movement is non-existent – far from it. Although the differences between natural, live and organic foods are not always clear due to people’s unfamiliarity with the concepts, rest assured that cafés, restaurants, markets and shops using these terms are trying to educate the pizza-and empanada-eating brigade to show that organic Argentine food exists, even if it isn’t stamped.

In Buenos Aires, pick up the Urbana & Orgánica map. I found mine at the cutely ramshackle veggie café Masamadre. Including information on organic food stores, eateries, Reiki teachers and more, this fold-put map is an essential guide to sustainable living in the capital, also listing 20-plus organic food delivery firms. 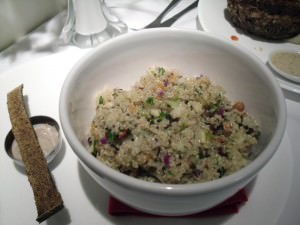 For organasmic eating, Kensho is one of few organic restaurants. Originally a puerta cerrada, chef Máximo Cabrera, who also teaches cooking classes at the eatery’s kitchen, conjures up vegetarian, vegan and macrobiotic delicacies – all marked up on the menu – such as a perfectly picante three-mushroom ceviche starter and whopping great veggie burgers in a very zen dining space. Why not try the tasting menu for a real organic buzz? Making a conscientious effort to serve raw foods, even the almonds in my quinoa risotto had been activated. And don’t let it be said that vegans don’t have a sense of humour because you should get up, then get down the James Brownie for dessert.

A chip off the old organic block is Bio. Set up 10 years ago, owners Claudia Carrara and Marisa Ledesma’s vegetarian menu includes soup, pizza, burgers, and a spot-hitting Bahiana-style mushroom curry slathered in coconut milk and chilli. If beetroot and oranges in one glass are your bag, create your own juice – provided they are in season. Café-style Bio also stocks organic produce such as jams, fresh bread, pasta, tea and yerba maté, and of course, dulce de leche. 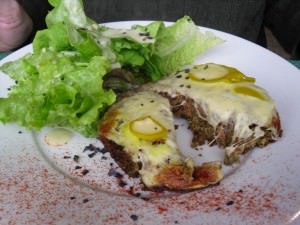 Although GreenEat doesn’t classify itself as organic due to the legal grey area, its sandwiches, salads and sweet treats are preservative- and additive-free. A perfect, tranquil spot to escape the Microcentro mayhem, there’s no skimping on the smoked salmon and alfalfa in the enormous bagels, the Caesar salad is abundant and as everything is bought and made that day, whatever is left over is given to charity. Conscientious gorging. I love it.

One of the busiest shops in Chinatown is Casa China on Arribeños 2193, a one-stop store for all your organic needs. Known for selling ready-to-slice sushi rolls, Casa China also stocks organic beauty products, fresh ‘n shiny fruit ‘n veg and bread sticks, among others. I couldn’t get enough of the carob and orange brownie. As a random aside, you can also buy lychee juice and tiger balm.

Another pioneer in the market, Esquina de las Flores has most angles covered. Its self-branded products, from oats to sun-dried raisins, are available in most health food shops, and its Palermo Soho store includes an extensive restaurant complete with water feature. They also offer cookery classes and plenty of meals from the menu can be taken away. 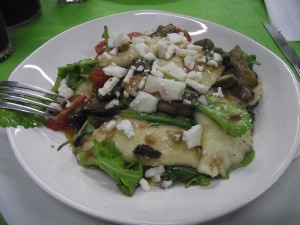 For a more boho organic shopping experience, head to Chacarita’s El Galpón. This indoor market complete with organic parrilla, café and vegetable garden blooming next to the disused railway line opens Wednesdays and Saturdays and recently started a delivery service. Highlights include milk squeezed at 3am that day, organic meat and eggs, Colombian coffee, herbs and of course wine. Although it’s not as crowded as it used to be, that’s because several producers have moved to the Ecofería de Consumo Consciente, which open Fridays and Saturdays. Another popular indoor market is Mercado Bonpland, which sells delectable wholemeal veggie empanadas, regional goodies and clothes made from organic cotton among other items.

Tea Connection, from the same Argentine team that runs GreenEat, has the same idea as its newer cafés. Loose teas are organic, and all cakes and bread baked on the premises are free of artificial tat. Although the organic and macrobiotic La Casa de Ohsawa opens until 10pm, pop by for some green tea and slice of cake. This converted house is also a bakery and fruit ‘n veg store and the mix of staff, from elderly ladies to dreadlocked young men, prove the organic movement is well activated in Belgrano. Natural Deli bakes a tasty muffin, and given that around 40% of all ingredients are organic, you can be sure your eating experience is what it should be.

In warmer weather, a freshly made smoothie may be more tempting than a coffee, and the original juice maker in town is Pura Vida. Slurp down a Pura Energía – banana, coconut, pineapple and carrot – made by the people who introduced wheatgrass to Argentina. Meanwhile, B-Blue Deli is a Palermo option, and with all its blueberries grown on the owner’s estate in Corrientes, what isn’t exported ends up in your smoothie. 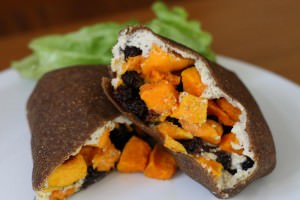 Best of the Rest

Although an establishment is unlikely to be certified organic, many are contributing how they can. HG Restaurant sources miniature organic vegetables and edible flowers from a single provider, while 0800 VINO delivers Colome, organic wine from Salta, to your door. If you can’t bring yourself to leave the house, check out food box deliveries by Tallo Verde, while Cocina Verde prepares vegan and raw-live food meals with organic staples such as grains, rice and beans. You can even order in a week’s worth of supplies, substituting laziness for carbon footprint reduction.