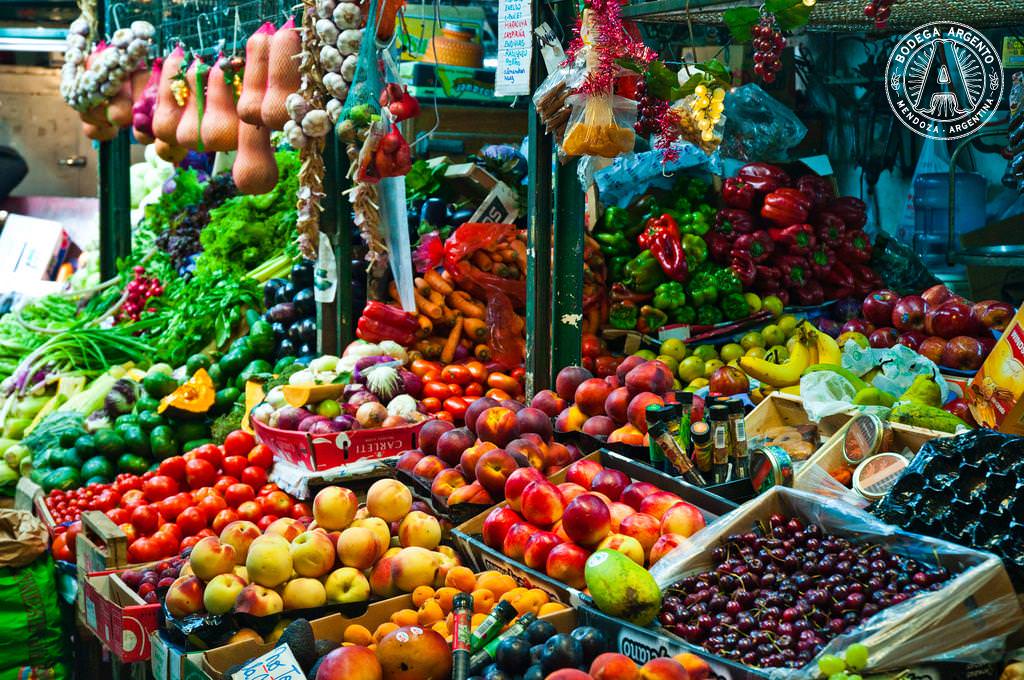 When the three-day Masticar fair – organised by chefs for chefs – burst onto the gastro scene last November, it was very much a signal that porteños had finally realised there is more to life than steak and empanadas or sandwich de miga de JyQ (crustless ham and cheese sarnies).

Organised by ACELGA, a group of Argentine chefs using local products to take their cuisine to a new level, Masticar was certainly the largest such event Buenos Aires has seen, with producers, food stands and wine tastings in abundance. Although no fixed date has been set for round two, now that summer is drawing to a close it can’t be far off. In the meantime, here’s the lowdown on where to get a farmers’ market experience in BA. 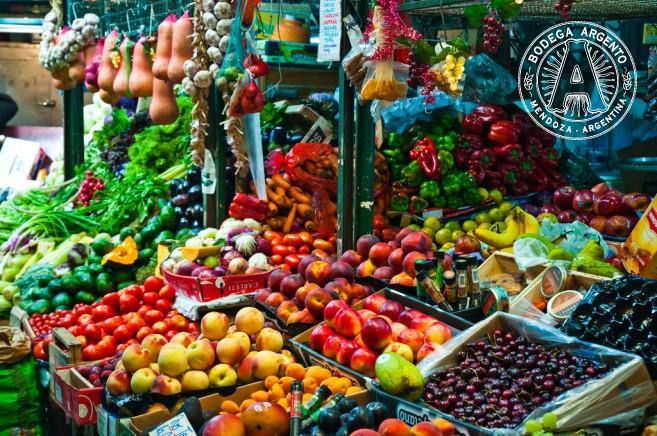 Hot on the heels of pop-up restaurants such as Asian-Pacific fusion Poke and the NOLA chef’s Mexican night come pop-up food fairs. Foodies’ bible Planeta Joy teamed up with the City government one chilly weekend last winter to gather local organic and natural food producers in one place in the Barracas neighbourhood. The catchily named Buenos Aires Market was a hit, with latecomers shuffling by at 3pm for lunch leaving empty-stomached. Now alternating between Caseros Street in Barracas – a gastro hotspot that is home to Hierbabuena and Caseros restaurants – and the Bosques de Palermo, 2013’s first market takes place on 16-17 March. 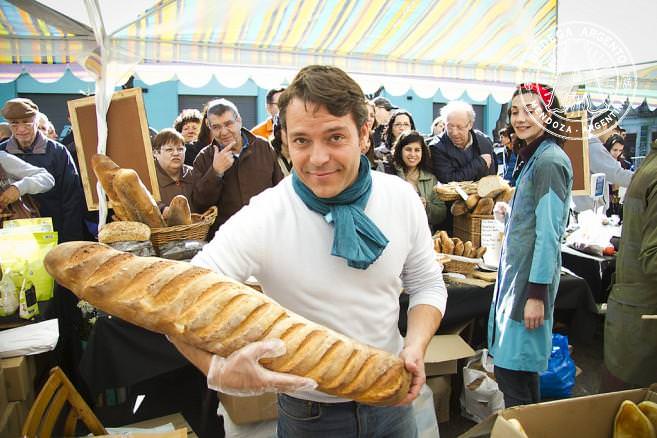 Meanwhile, the Underground Market hosted by online newspaper Argentina Independent on a three-monthly cycle is aimed at smaller enterprises, with foreigners predominantly selling goodies that have a real taste of home. Those in need of a sweet fix can snap up sugary goodies from Denver Donuts and muffins from Kelin Cakes, while savoury lovers will delight in bread by Pan Holandés or pescatarian dishes courtesy of Colectivo Félix. The aforementioned Poke and NOLA Chef usually pop up at this pop-up. To the tune of live music, the next Underground Market returns to its original home at IMPA in Almagro on 23 March. 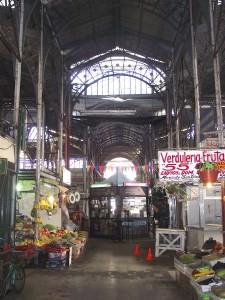 There are also rotating markets called FIAB in different neighbourhoods from Tuesday to Sunday. Organised by the City government in an attempt to combat inflation, check the list here for your nearest rotating market.

Reminiscent of Retiro train station, peer beyond the antiques and vintage clothing and crockery to find a vast array of fresh glistening produce at Mercado de San Telmo. A national historical landmark in its own right thanks to the design of Italian architect Juan Antonio Buschiazzo, this indoor market has been operating since 1897. Regular stallholders stock often hard-to-source fruits and veg, better looking than many supermarket goods: once laden down with bags, make a pit-stop at Coffee Town in the centre of the market.

Meanwhile, over in Caballito, the Mercado del Progreso has a good eight years on its San Telmo counterpart. This indoor space opens Monday to Saturday, and has quite the cluster of butchers and fishmongers. It also stocks some organic fruit and veg. It’s very much a family affair, with many stores in the same hands for generations, and although it isn’t as pretty as San Telmo, it’s certainly a down-to-earth, local shopping experience. 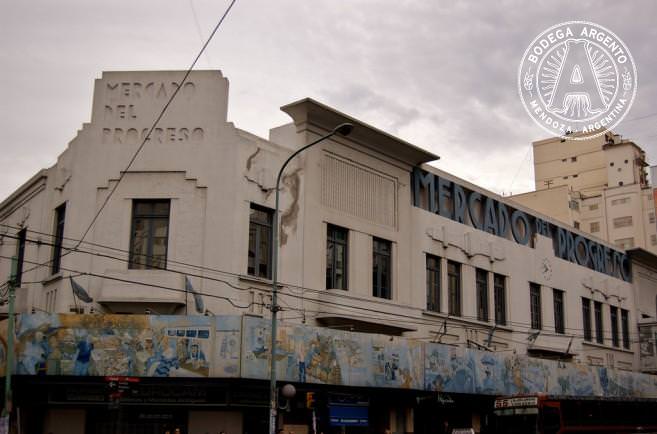 Further north in Belgrano, Mercado de Juramento (Juramento 2500) is founded on land donated by local author José Hernández, scribe of Martín Fierro. Housing plenty of cheese stands and butchers, it also opens Monday to Saturday and is decidedly less busy than the nearby Chinatown.

There are several fixed markets dedicated to selling organic products, which conveniently mix up their opening days for maximum eco-friendly exposure. On Tuesdays, Fridays and Saturdays until 10pm in Palermo Hollywood, Mercado Solidario Bonpland offers a rounded shopping experience. As well as dried fruits and nuts, a dazzling array of cheese as well as fresh fruit and vegetables, Bonpland’s stands also sell organic cleaning products, wine and clothes and homewares made by indigenous communities. 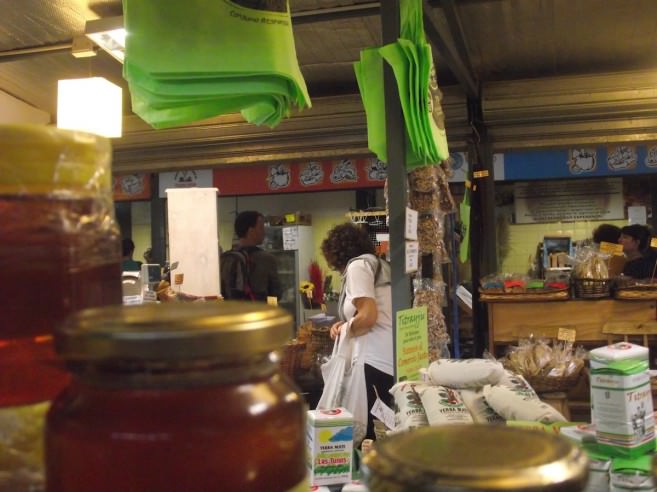 Wednesdays and Saturdays are all about Chacarita’s big yellow El Galpón. Based next to the disused railway line at Federico Lacroze train station – regenerated into an organic veggie patch next to windowless carriages – El Galpón brings buyers and producers together under one roof. From Grafer butcher to Casapan’s homemade breads, there’s also a well-established restaurant as well as a parrilla outside sizzling up choripan.

Following a summer hiatus, San Telmo Verde is back in full force every Friday, with potted herbs, fruit and veg, the mushroom man and to-go meals that you can take down to the basement to dissect. 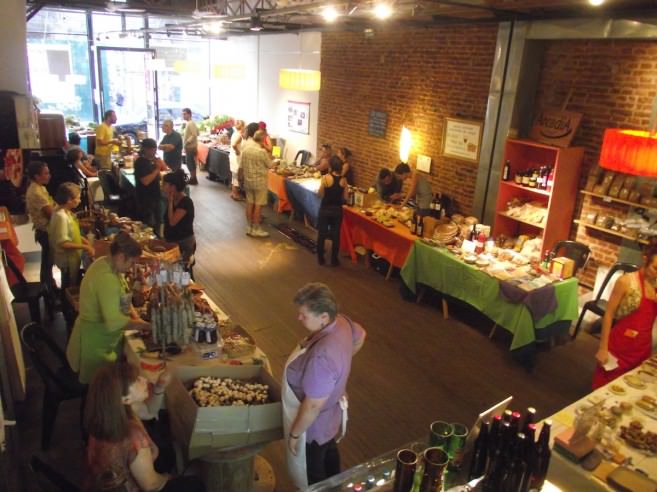 Meanwhile, Punto Verde located on the cusp on Villa Crespo and Palermo takes place on Fridays and Saturdays. A teeny-tiny place, this indoor market is surprisingly well stuffed with producers selling everything from Manosalarte blueberry and orange jam to grains, Sabrosuras chocolate and macrobiotic meals.

Meanwhile, plan a few days away based on any number of food fairs taking place across Buenos Aires province. BA Gastronomia’s comprehensive calendar highlights the 47th national garlic festival (15-17 March), the provincial cow fair (7-10 March) and the 35th ravioli festival (11 May) among many others during 2013.