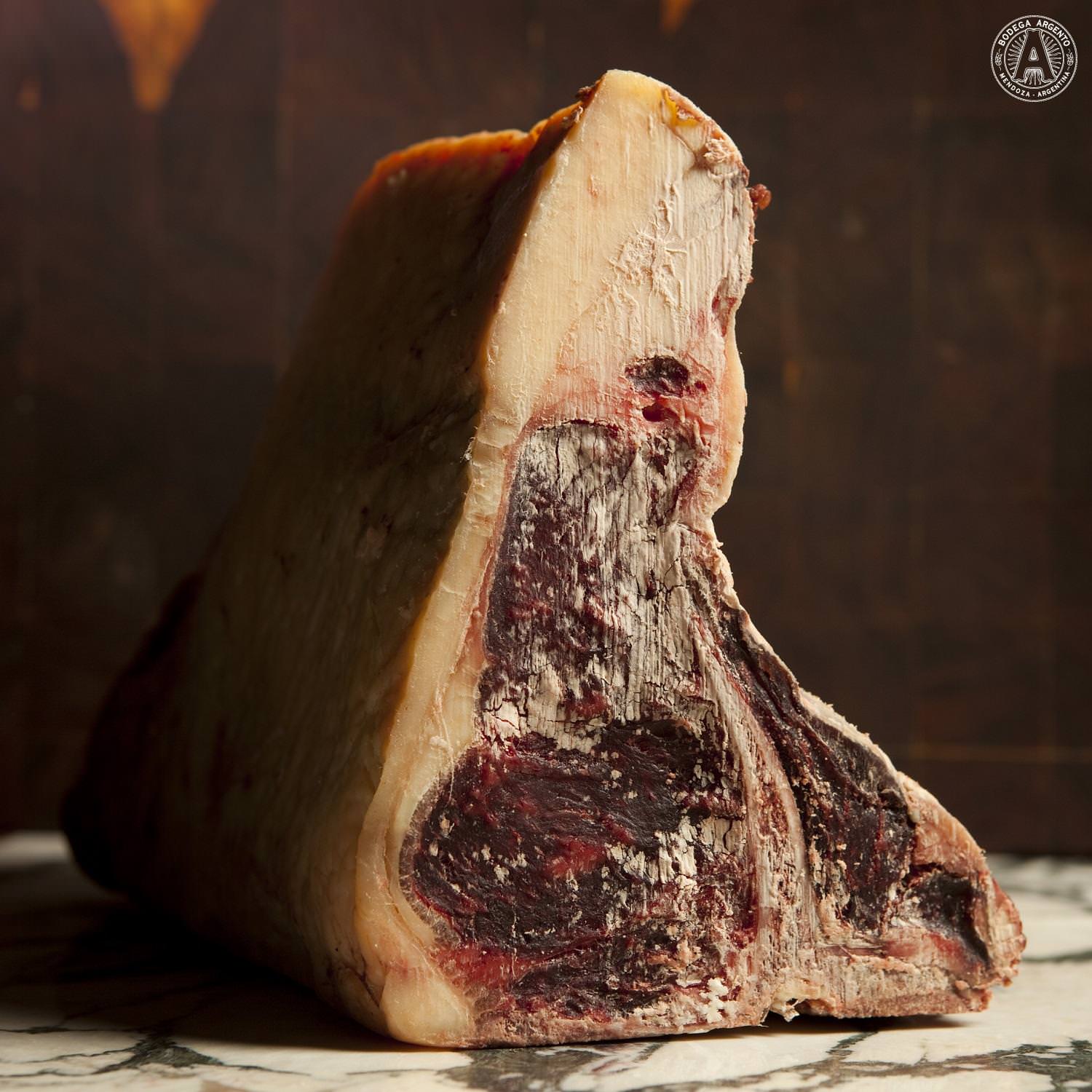 On the average seven-day visit to Buenos Aires, dining at a parrilla between two and five times is a likely scenario. And as there’s seemingly a steakhouse on every other corner offering up high-protein experiences, it can be often overwhelming to know what the best steak on the menu is. This TRA guide trims the excess fat so you know exactly which cut to order and where.

This new kid on the chopping block has become the hottest reservation in town thanks to its choice smoked cuts, a relative novelty in the Argentine capital. A bijou space in Palermo, pull up a stool next to the grill for a close-up or sit next to the graphic meatpacker backdrop. Helmed by Colombian chef Pedro Peña and Argentine farmer Germán Sitz, grass-fed beef is sourced from Sitz’s family enterprise. A short and sweet menu ensures quality is at La Carnicería’s heart.

Order: corte ahumado, the smoked cut of the day, which could be ojo de bife (rib-eye) or bife de chorizo (sirloin strip steak).

Sip tip: this could go two ways – oak meets smoke with a barrel-aged Malbec, or a bright, young gun.

A family-run meat mecca, devotion to sourcing the best quality grass-fed cuts paid off for Don Julio when it entered Latin America’s 50 Best Restaurants list in 2015. Empty bottles adorned with loving messages from satisfied customers make up the décor; the grill naturally takes centrestage so diners can eyeball expert asador Pepe Sotelo in action. With one of the finest wine lists of any local steak house, be sure to ask for advice from sommelier Gabriella Gera.

I’m certain death threats were issued when it came to publicly sharing this parrilla’s address a few years back, but SecreTito or Tito’s (Dorrego 2720, 011 4777-8351), was blown out the water a while back. The speakeasy of steakhouses with a mirrored front and no sign, this is a classic barrio joint, a bodegón where regulars mingle with meat-thirsty expats, and the steak does the talking. Only the buzzinger first-floor terrace and waft of smoke gives it away. No frills, plenty of thrills, order the creamed spinach as a side, definitely make a reservation.

From the creators of prestigious Chila comes this very smart  offering that takes the trouble to focus on our beloved beef. One of a small cluster of gastronomical gems in Puerto Madero with stunning views over the renovated docklands, opt for Le Grill’s desgustación de bifes. This unique beef tasting menu allows diners to indulge in 18-day, 45-day and 100-day-old dry-aged rib-eye, all on one plate; meat fans will note that further ageing brings out a gamier flavour.

Bridles divide up stable-esque booths, ensuring rural Argentina is never far from thought at Elena. The Four Seasons’ smart establishment, which ranked in Latin America’s 50 Best Restaurants list in 2015, focuses on contemporary Argentine fare designed for sharing. Keep an eye on proceedings through the stylish open kitchen and check out the magic of dry ageing – the final stage is on display for curious eyes at the charcuterie counter.

While the décor is a tribute to The Godfather and company, look past the brash images and straight at the menu. I’m never sure whether the film reference alludes to the amount of mafioso blood spilled or the juices running out of your steak. Black and white feature throughout the restaurant, which also offers up two private dining rooms in keeping with its ‘club’ mentality. Backstage, El Don’s  kitchen is led by expert asador Mauricio Ponce, who manned the grills at La Brigada for two decades. Guy knows what he’s doing. Those in the know appreciate Club El Don’s estate-farmed beef, pork and offal as well as the goat’s cheese provoleta.

One of Buenos Aires’ most legendary steakhouses, the La Cabrera concept devised by chef Gastón Riveira is so popular it’s now rolled out in Peru, Brazil and the Philippines. With three parrillas spanning two blocks in Palermo, the experience is equally fun and filling at each; La Cabrera is renowned for its brick-size steaks cooked exactly to spec. There’s little need to order fries or a salad unless your appetite knows no bounds as diners can choose from an array of 20 miniature sides such as mustard mash or pickled onion with all dishes.

Sip tip: your favourite Malbec with this classic Argentine cut.

While the finger-licking El Secreto – a special pork-inspired cut rolled out for the restaurant’s 20th annversary last year –  is sadly no longer on the menu, rest assured that all beef is sourced from Las Lilas’ own cattle farm in Buenos Aires province. That’s a feat few steakhouses in Buenos Aires can accomplish. The T-bone is magnificent and statuesque, the rib-eye just squeaks through on succulence and flavour. Brazilians, may of who frequent the joint, love picaña or even if you’re defeated by steak, there’s no shame in walking out with a Las Lilas doggy bag and breakfasting on beef the next morning.

Sip tip: a sophisticated red blend such as Malbec/Cabernet Franc.

A carnivore’s wet dream and the most exciting pop-up in Buenos Aires right now, meat is at the heart of Nerca (a play on the word ‘carne’) – and why no one in ever thought of it before is beyond me. The deal is this: Team Nerca takes over a junk yard in trendy Villa Crespo, turning it into a kitchen and dining salon, then invites a guest chef to create an innovative meat-focused feast. Elena’s Juan Gaffuri (see video) and Perón Peron’s Gonzalo Alderete Pagés have both featured, dealing in beef and lamb respectively. Events kick off in March 2016.