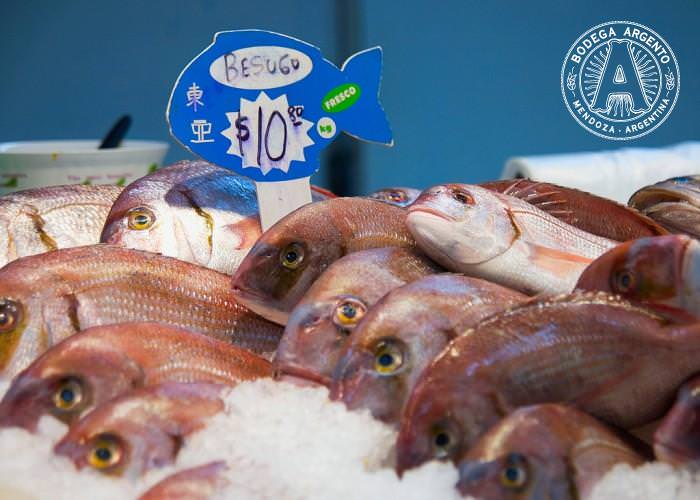 It is well known that the riverside-dwelling people of Buenos Aires have a blind spot when it comes to fish. I realised this on one of my first visits, when a group of middle-aged porteñas told me that they never cooked fish because it was “too complicated”. These were women who knew what to do with cow intestines.

Fish aversion here comes down to a meat-driven culture and long-standing habits. Korea-born Chef Mun, one of the city’s leading experts on fish, has a theory: “Argentina has such fertile land and people who came here first were more farmers than fishermen. I think the farmers union became so strong that fish never penetrated the market.”

It’s not that Argentina doesn’t have good fish; it’s just that almost everything caught here gets exported. Fisherman from Japan and Taiwan travel all the way here from Asia to cast their nets in Argentina’s relatively unpopulated waters, which are kept cool by streams from Antarctica. The squid is said to be world class and, nearer to the capital, trawlers even pick up yellow-fin tuna.

But in Buenos Aires, what is an omega-3-deficient fish-lover supposed to do? It’s not all bad news. Fish is – excuse the pun – catching on. Or at least, it is in a handful of neighbourhoods frequented by foreigners and more adventurous locals. An interesting sign-of-the-times came about a few months ago when La Dorita, one of the city’s most popular parrillas, closed down one of its locations in Palermo Hollywood to turn it into a fish specialist, La Pescadorita.

For those wanting to get more in touch with the river, at the top of the list – at least for location – it has to be El Muelle at the Club de Pescadores, an iconic (and, dare I say, almost eerie) lone building jutting out into the River Plate. It may not serve the best fish you’ve tasted in your life, but it’s certainly a different experience from the usual steakhouse routine. 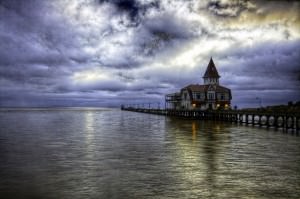 Other good picks are Centro Vasco Francés in Monserrat and Oviedo in Barrio Norte. For something even more unusual, try Cameroonian restaurant El Buen Sabor in Villa Crespo, which serves up whole fishes that are cheap and big enough to share.

A quick poll on Twitter also threw up these recommendations, which I will add to my personal to-do list: Spanish-style, centrally located Plaza Mayor and Tancat, plus La Robla near Tribunales, and Pedro 94 in Caballito, which are both usually packed. (Feedback welcome below!)

The five-course, fish-focused menu by aforementioned Chef Mun at his puerta cerrada, Casa Mun, is highly recommended, especially as there’s no cheese in his sushi. (As to why all Argentinian sushi contains Philadelphia cheese, Mun is as baffled as the rest of us. “I am from a rice culture. I like some variation to my rice, but cheese?”) Authentic sushi can also be found at Yuki (Pasco 740, Congreso).

If you want to prepare your fish dishes yourself, you’d better head to Chinatown in Belgrano. Try and time it for Tuesday at around 3pm-4pm, when Casa China (Arribeños 2193) has just had a fresh delivery. Ostramar (Julian Alvarez and Santa Fe) also has a reasonable selection, as does Jumbo in Palermo (Bullrich 345). 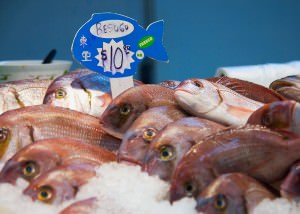 Fresh fish at the Chinatown market – Photo by David

And when it comes to making the right choices, again, I turn to Chef Mun’s expertise: “If it smells, that is a bad sign. Good-quality fish should be firm when you poke it and bounce back into shape. Eyes have to be clear, not cloudy. Gills should be bloody red, not grey.” He gets his own fish from Chinatown, or delivered from Mar Del Plata (“Although then I don’t get to poke it”). He sometimes even gets it flown in especially from Ecuador, via contacts he’s made in the city’s Korean neighbourhood in Flores.

Outside of Buenos Aires, the opportunities start to open up much more. Patagonia has fine trout; Ushuaia is renowned for its king crab; and Rosario has some lovely river-facing restaurants, serving up fish from the Paraná. Argentinian river fishes to look out for are pejerrey, surubi, dorado and pacú. Repeat, that is pacú, not paco.

Ordering the latter is not advised. 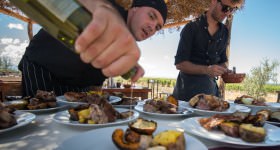 The Top 10 Restaurants in Mendoza

3 responses to “Pescatarian Argentina: Where Do You Find the Best Fish Dishes?”