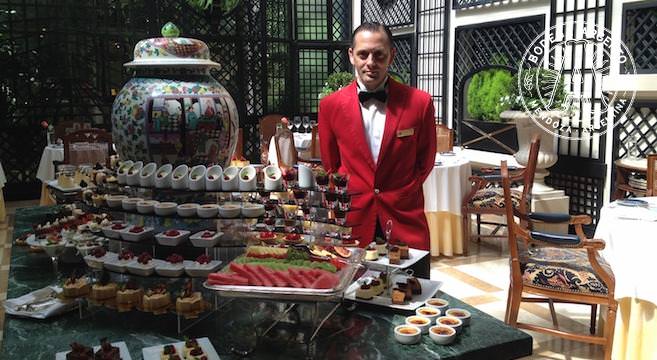 While chefs receive plenty of glory and press for their creative flair in the kitchen, and sommeliers are lauded for their pairing skills, let’s not forget one other important member of restaurant staff: the waiter.

The face of any eatery from the most humble café to the most accoladed of Michelin-starred restaurants, your local watering-hole likely employs a waiter who has chosen service as his profession for life. On first-name terms, he knows how you like your cortado (mitad mitad), your favourite Malbec and the name of your dog. The Real Argentina meets four career waiters who work in and around Buenos Aires. 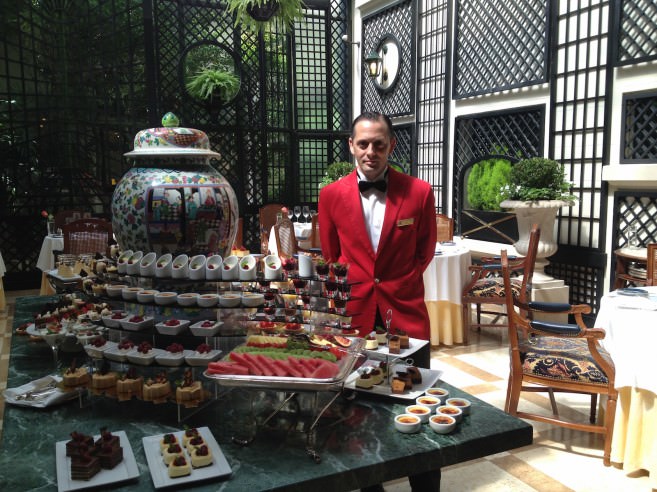 “I was studying to be a systems analyst but it reached a point when I had to look for work. Various doors opened for me in the world of gastronomy, and I worked at Cabaña Las Lilas among other places until I came to the Alvear.
I really like what I do and basically I live to serve people. You need to have a certain attitude and it’s not really something you can study – it’s something you have inside. You need to have a love for it and not treat service as a job. And 10 years working here have gone by without my even realising! The truth is we work at a place with a great name where they treat you right and that’s very important.

“I work the breakfast and lunch shifts, and I’ve got regular clients, people who come to eat because of we waiters as they feel comfortable with us. I’ve served some famous Argentine celebrities such as Mirtha Legrand and Marcelo Tinelli as well as Prince Charles.

“We know what our clients like to eat, if they like their coffee with or without foam and after so many years here, I’ve got more than one client who’s become a friend. I’ve even been given gifts, such as rum which I like a lot, as well as presents for my three kids. But at the end of the day, clients come to us because we treat them right.

“One of my worst moments was when a hotel guest checked out of the hotel because they didn’t receive their cappuccino. That was a stain on my reputation. But the best moment is every day: I love my job.” 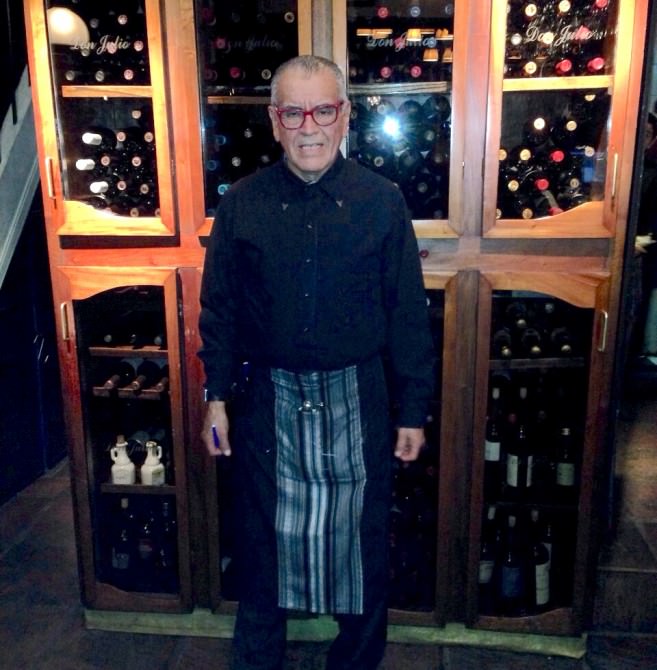 “I’m from Salta and I started out as a waiter when I was 10 or 11 years old, very young. When I was about 15 I worked as a coffee maker, then aged 18 as a waiter, and then I stopped because I had to do military service.

“When I was about 17, I came to visit Buenos Aires on my own as I wanted to see the River Plate football stadium for myself. And I liked it so much that I didn’t want to go back.

“Over the years I’ve worked at loads of places. For example, I was at Harrods for 10 years, I worked at the Club Náutico Olivos yacht club and also at El rey del bife although that doesn’t exist anymore – to be honest, I almost can’t remember all the places I’ve worked at!

“I live in Moron, an hour and half by bus from Don Julio in Palermo where I’ve worked for the past 15 years, since it opened more or less.

“I put a lot of buena onda (good vibes) into my work, and I like it too much to be honest! When I eventually leave here I will miss it, but the years have gone by and now I’m 68 and past retirement age, it will be time to take a rest and retire at some point! One has to like what one does: I enjoy it, I carry it in my blood and if I’m still here, it’s because I like it.

“My favourite dish at Don Julio is bife de ancho accompanied by some tasty fries.”

“Originally I was a handy man, and I did some odd jobs at Café Paulín for the owner Fermín. Basically we got on well and I stayed on working for him. I never thought I’d work as a waiter but thanks to that little job, I’ve been doing it for the past 20 years.

“When I first started out, I had to polish glasses, clean the bar and back then it was harder to get work in the salon. You have to like what you do: I love waiting on people and dispatching food.

“I now work at The New Brighton, a classic place in Buenos Aires which is very traditional and catalogued as a historical restaurant, and I’ve been there for eight years.

“A usual day will see me work the morning shift, which includes breakfast and lunch, and sometimes I work at Luciano bar, which is right next door and also owned by Fermín. Everybody knows me.

“Sometimes I serve famous people such as football players who drop by, as well as people from the theatre world. Once, a girl who had been in Big Brother came to eat at the restaurant and she went to say hi to everyone in the kitchen. The fact that she greeted everyone when she was in her finest moment, professionally speaking, was really nice and my friends in the kitchen who don’t get to see anyone famous, were able to meet her. She kissed everyone hello – there are very few people like that and it was a good moment.

“Another nice thing about my work is that some clients will wait for a table to free up in my section just so I can serve them.

“I live in Glew in Buenos Aires province, which is an hour and half away on a normal day. I take a train and a bus to get to work. I’d love to have my own bar one day, so we’ll see what happens. I’d like to be a co-owner at the very least!” 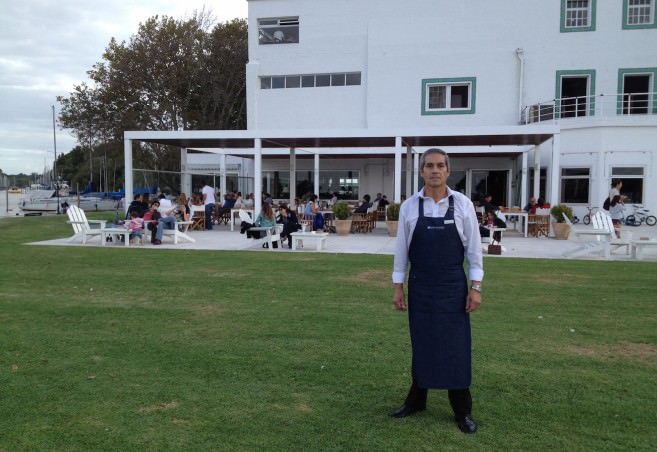 “I started out working in a hotel in Villa Gesell when I was 22 and the truth is I loved that contact with the public. But I never imagined I’d work for a catering company and teach young waiters. Regardless, I do it with pleasure as I’m passionate about what I do and I like the order within my work.

“I’ve worked for the Petersen family’s catering company for around 25 years, although I’ve been at Club Náutico San Isidro for one month and two days precisely, which the Petersens run. I started out as an events waiter for their catering business, and also worked at the Yacht Club Argentino in Puerto Madero which chef Roberto Petersen used to run. Now, however, I co-ordinate events – we’re a group of around 60 waiters that rotates for events. Most of them are students aged between 18 and 21 who work to earn some extra cash and I teach them service. Most have no idea but I instruct them on how to lay a table, where cutlery placement, how to serve a guest and that they should be willing and dedicated to the task in hand. Every now and then I bump into one of the younger waiters and they often thank me for everything I taught them as it has helped them in other areas of life.

“Once I served the emperor of Japan and his wife, and I had to learn about protocol. I’d never have got close to the emperor if it weren’t for this job; I’ve also worked events at the French embassy and the Malba museum, places a normal person doesn’t have access to, and travelled around the country.

“I think the secret to good service is that I serve people in the way I’d like to be served. I try to observe what a guest or diner wants then I put myself in their place and work on the finer details.”