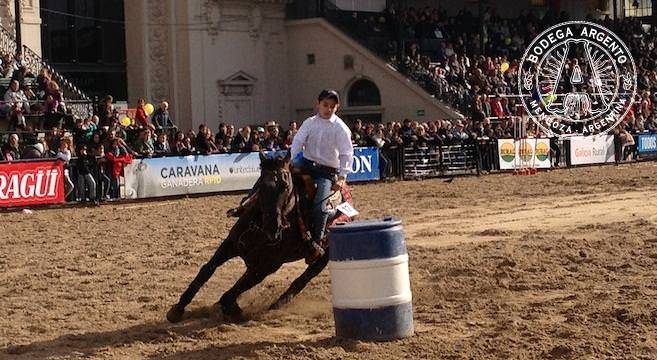 The closest that many porteños get to the Argentine countryside is sliding a serrated knife through a piece of steak, or perhaps sporting a pair of tapered bombacha trousers for a weekend stroll in the Palermo Woods. Personally, I get my fill by following the daily statistics on livestock sales and tweeting them as #cownews. But, for two weeks out of every 52, we townies have the chance to get up close and personal with the campo – and fortunately without putting a pedicured foot outside of Palermo. Ladies and gentlemen, presenting the 127th annual Rural Exhibition. 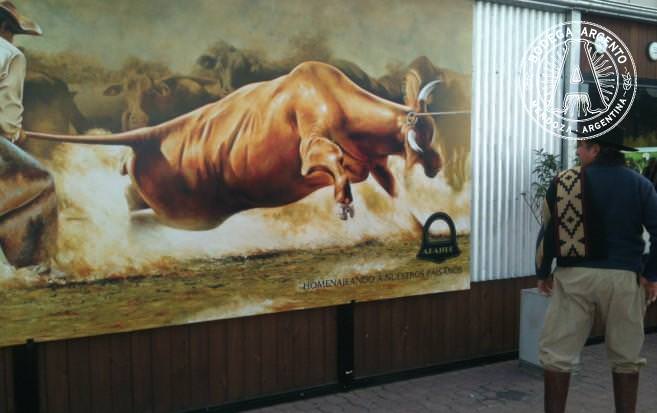 A gaucho admires the art; photo by Sorrel Moseley-Williams.

Nine years after the Argentine Rural Society (SRA) was set up in 1866 to deal with agricultural and cattle ranching, the government built facilities known as La Rural. Now considered a collective national historical monument extending over 12 hectares next to Plaza Italia, today it still host events from Fashion Week to the Book Fair. But the most longstanding is the Exposición La Rural agricultural fair. Taking place now until July 30, you too can live the gaucho dream for a fortnight.

La Rural has recently been in the spotlight for rather different reasons. In this briefest of political history lessons, President Cristina Fernández de Kirchner’s government issued a decree in December 2012 to expropriate the grounds, revoking a 1991 decree signed by former president Carlos Menem that authorised the grounds’ sale for US$30 million. Fear not, however, as this won’t affect cow spotting or gaucho swooning – for the time being. 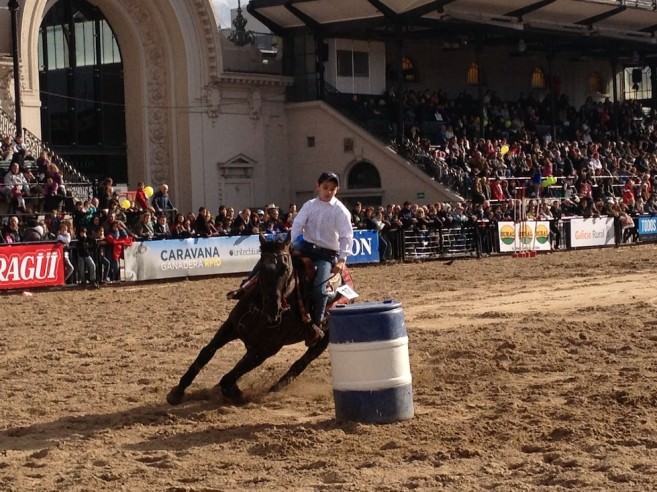 In order to eat, breathe and be a part of Argentina’s cityside countryside, you’ll have the chance to dip into the following: equestrian displays that put the gym into gymkhana; best-in-show livestock, porcines, equines, ovines, avians and camelids; machinery for all your harvesting and 4X4 driving needs; cured sausages and other tasty rural treats; representation from agriculturally strong provinces such as Entre Ríos showing off their finest customs and produce; live folk music; and of course more cows than you can shake a stick at. It’s a full day’s entertainment, or work depending on which way you look at it – gates open at 9am and close at 8pm. Events, competitions and displays change daily, so check here for an up-to-date schedule. 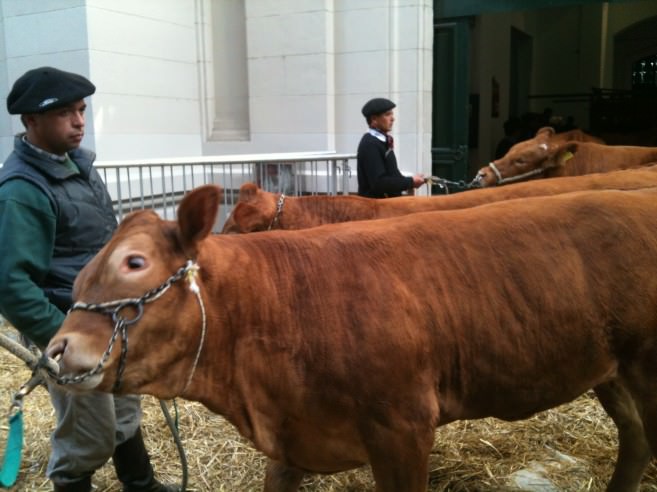 My own rural interest is bovine shaped, so it’s a big day when the West Highland, Wagyu, Blonde D´Aquitaine and Charolais breeds take to the cow-walk and put their best hoof forward for the judging panel. Of particular note are the shaved Jerseys, whose unusual black spots are outlined in grey, as well as those sporting fun mohican manes. All show cows undergo rigorous treatment at the portable beauty parlour, which consists of a vacuum cleaner to blow away stray pieces of straw, and an electric razor to tidy up loose strands of hair.

There’s also substantial representation from the llama community cosily wrapped up in Christmas-coloured jackets to fight winter chills, while giant roosters flap and crow for all their worth. In the avian tent, you’ll also find champion chinchillas and an incubation tank filled with eggs – if you time it right, you’ll see a helpless chick hatch. 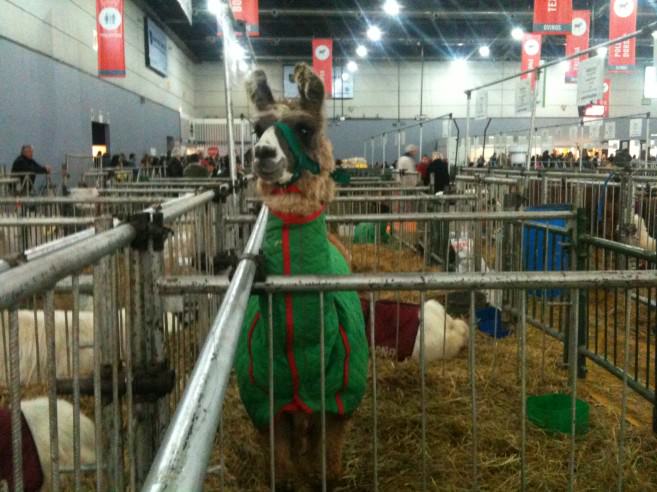 Of course, the other stars of the show are the horses undertaking daredevil stunts with gauchos, and other equines put through their paces by miniature riders with single-digit ages keen to take home a rosette.

The show ring is the centrepiece where competitions, judging, displays and live music performances take place – wander past at any given moment and an event is either in full swing, or about to start or finish. Given that the weather is also in single-digit mode, grab a seat on the sunny south side. 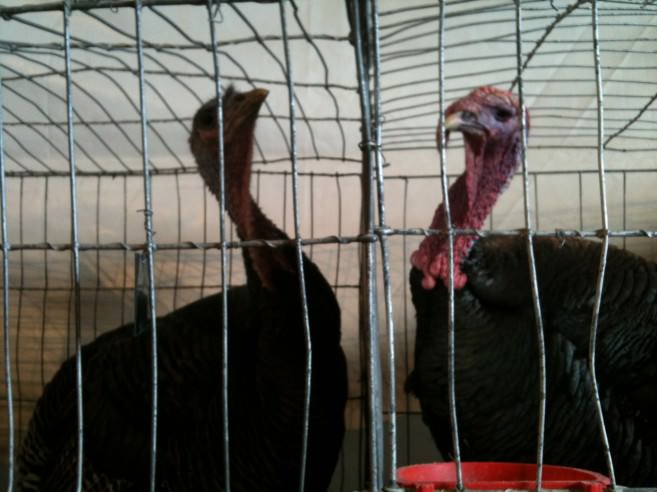 First, dress the part in the aforementioned bombacha trousers, a boina beret or leather stetson and heeled riding boots. Complete the look with a carved silver knife, carefully hooked through your belt. Do say: “Que vaca linda” (what a nice cow.) Don’t say: “He’s all hat and no cattle!”

As you wander the show ground, be sure to note down any rare breeds you might have an interest in later bidding on. Sample a few wares, such as venison ham or a Tannat wine from San Juan. 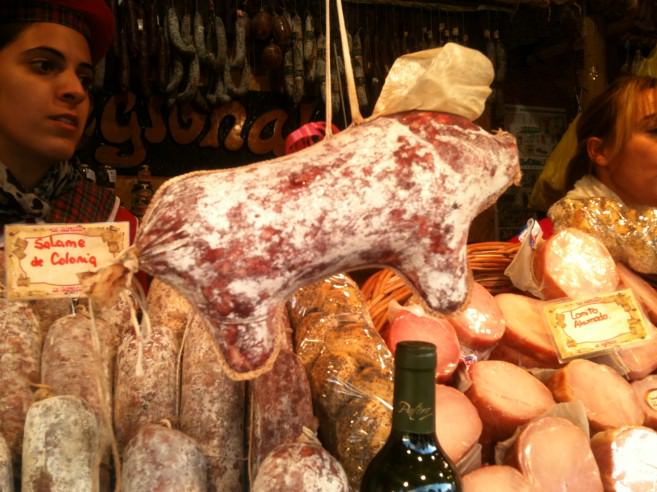 If you’re really famished, stop by Terraza del Central restaurant, where they really know how to sear a steak, and inadvertently hob-nob with agricultural big cheeses. The adventurous should sign up for the four-wheel driving assault course, while those who like furry or feathered creatures should hang out in the animal tents.

This is La Rural, and this is what it was built for. 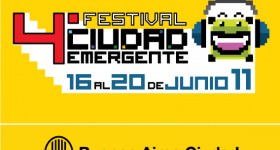 Events in Argentina: June and July 2011 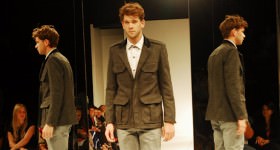 One response to “The 127th Annual Rural Exhibition in Buenos Aires”