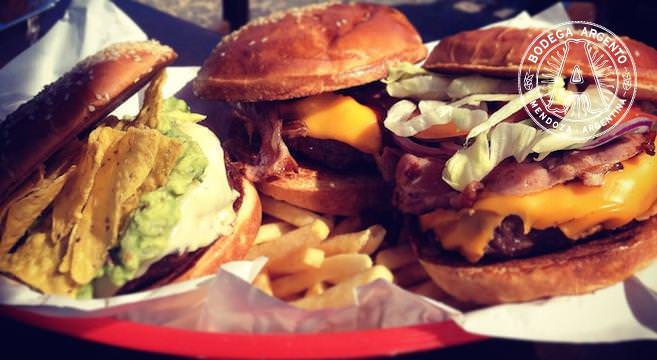 Burgers aren’t a food trend, they’re a lifestyle. It’s a scientific fact that eating an awesome burger will make you happy, and luckily within the past two years, Buenos Aires has followed in many major city’s food scene footprints by opening burger dens devoted to the beef patty, bun, sauce, and topping way of life.

Superior Argentine beef does not a life changing burger make. There are many qualities that go into creating that burger of utter greatness: of course the beef needs to be of a high quality; the bread must be freshly baked and sturdy to hold the monstrosity together; the sauces can’t come out of cheap plastic bottles or stupidly small impossible to open packets; and the toppings should be simple yet creative and smartly placed. So once Buenos Aires began to move away from the silly Barfy and Paty nonsense, the journey began to find that juicy, delicious, mouth-gasming burger. And thus, it was only natural for me to go out on an obsessive quest to find the Buenos Aires burgers of my dreams. This is investigative journalism at its best, ya’ll. 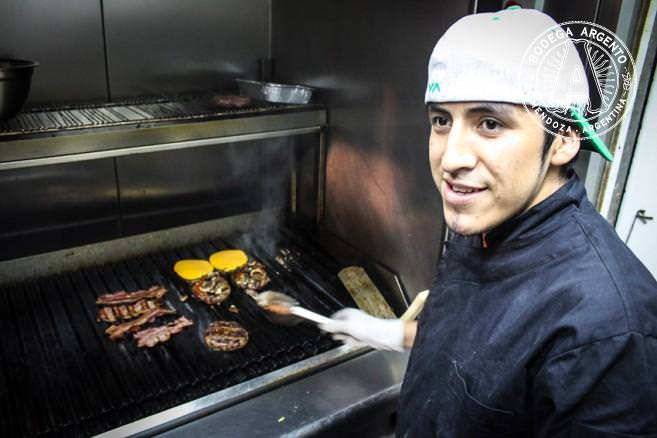 It’s a historic time in Buenos Aires when it comes to burgers. In a city known for its parrilla and pizza, burgers are finally moving into the spotlight with non-chains bringing fast food spots where the true passion for astounding burger-ness really shines. One can argue that Burger Joint (Borges 1766) is the culprit that started all this burgermania in BA. A pioneer in its food class, it was the first successful spot solely dedicated to the holy burger, making a juicy beast that truly honored the great sandwich. It’s hard not to have mad respect for the joint – it’s a chill spot with a fun vibe that bangs out crazy good burgers made on fresh buns alongside killer crispy double fried French fries, homemade sauces, and a whole lotta love. BJ keeps it simple with a handful on the menu: Classic, American, Blue, and my future fake husbands, the Mexican – stacked with guacamole, jalapeños and sexy-mexi HOTHOT sauce – and the Jamaican with pineapple, jalapeño, pancetta, cheddar, tomato, honey mustard and pickles. Plus, any joint that screens non-stop Seinfeld vision automatically wins major burger points. 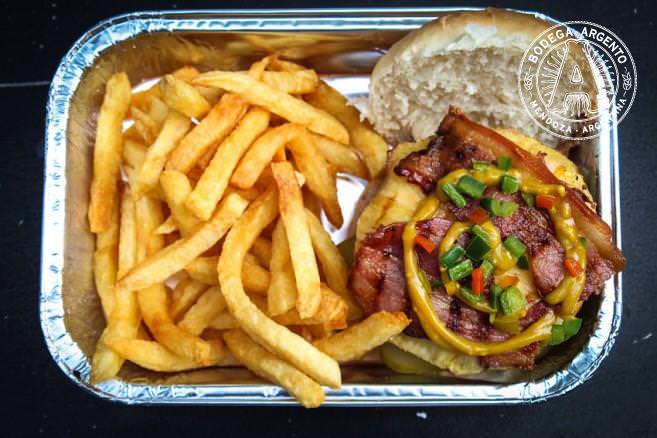 The Jamaican at Burger Joint; photo by Allie Lazar.

Moving into no man’s land in Caballito, Tierra de Nadie (Avellaneda 588) proves to be a rare diamond in the rough, slinging dreamy deluxe burgers stuffed with cheddar and topped with bourbon sauce, caramelized onions and crispy fried onions. One glance at this burger and you’ll instantly want to wrap your dirty mouth around it and inappropriately inhale in just a few bites. 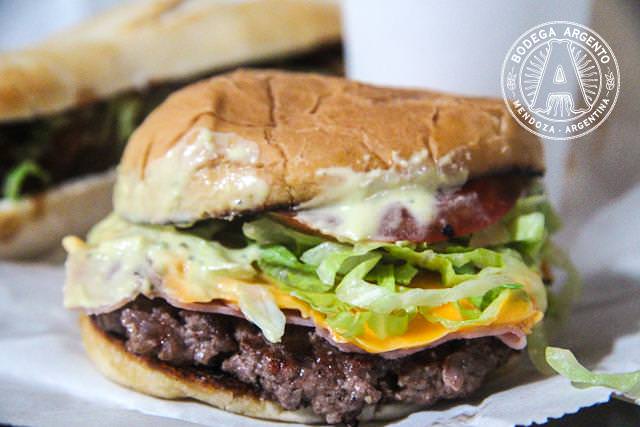 180 Burger Bar (Suipacha 749) does a total 180 from most of the microcentro competition letting downtown diners choose their own burger adventure. Top the burger with a choice of homemade sauces like barbecue, mayonnaise chimichurri, tzatziki, tartar, or dijonesa (mayo + mustard); and toppings like bacon, fried egg, provolone cheese, or ham. It’s a beautiful sight to watch men in business suits shamelessly going to town with a big fat burger, letting the juices dribble down their chins while embracing the fantastic beast. 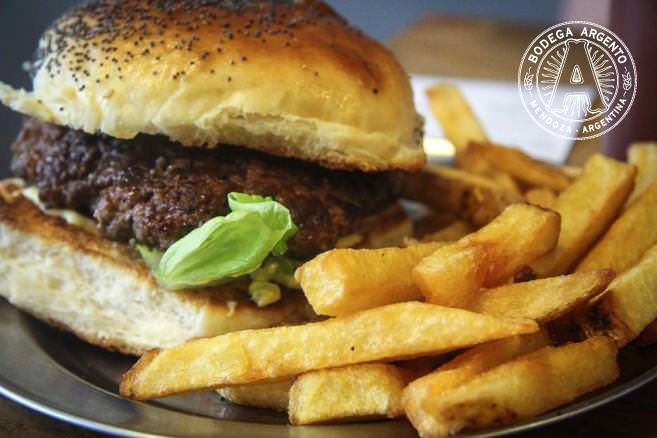 Recoleta chetos can have their burgers and eat them too. Mi Barrio Hamburguesería (Arenales 2609) pays homage to the barrios of Buenos Aires with 12 burgers named after the city’s neighborhoods. Since it’s difficult for all of us to get out of that Palermo bubble, order the Palermo burger: cheddar cheese, crispy pancetta, caramelized onions and topped with an oozy sexy fried egg. If you are extra cool, order the Palermo Hollywood, the same as above except with an extra fatty double burger patty. 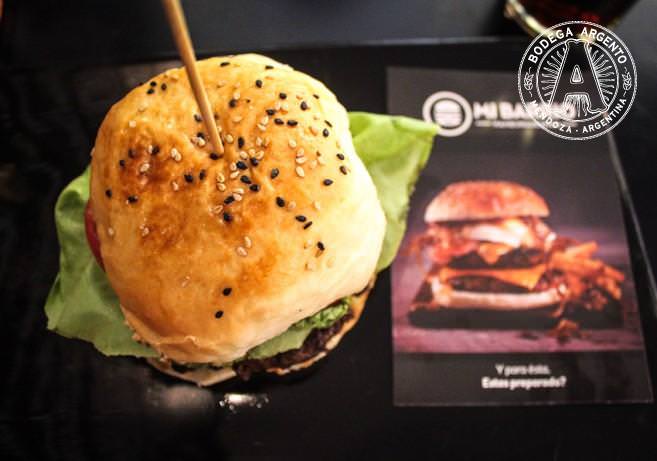 It would be rude to ignore a few other fast food gigs that know what’s up when it comes to assembling a burger. The roasted chicken masters at La Cresta (Bulnes 829) give customers a hard ordering decision with their selection of burgers including a pork burger, morci-burger (made with asado, flank steak and blood sausage), lamb burger, and a double packed with blue cheese, pancetta and aioli. 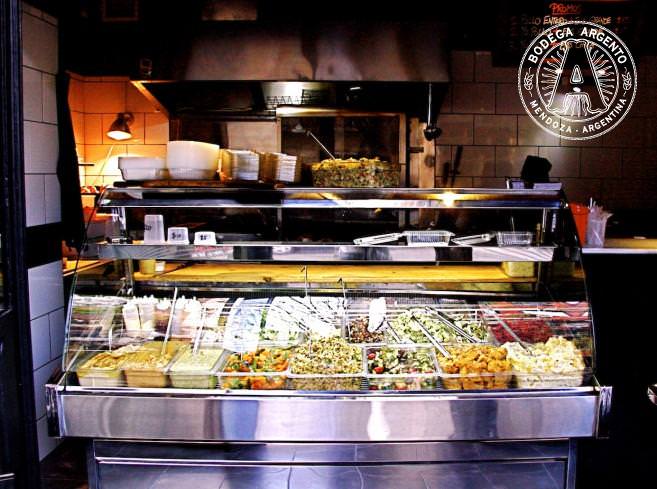 The burger bar at La Cresta; photo by Allie Lazar.

The Restaurants and Cafés

I hate when people call a burger gourmet; it’s an oxymoron. I used to think it was pointless to go to a café or restaurant and order a pricey burger, until I realized that a fantastic burger is worth it no matter where you are. I fell hard for Chochán’s (Piedras 672) burger style from the moment I locked eyes with the bright pink pickled red onions and thick slice of pineapple served with those two thin patties.

The burger at Chochán; photo by Allie Lazar.

Pit Deli (Soldado de la Independencia 1154) in steep Las Cañitas knows how to cook a medium rare burger just right, serve it on soft brioche, and just wait for the burger sluts to swarm in for the kill. Loreto Garden Bar’s (Virrey Loreto 2912) Lord Hector sure is majestic with all that melted Brie and caramelized onions on top while Ninina (Gorriti 4738) keeps it classy with a massive meatloaf-esque hamburger or a beautiful lamb burger stacked with all sorts of incredible quality toppings. 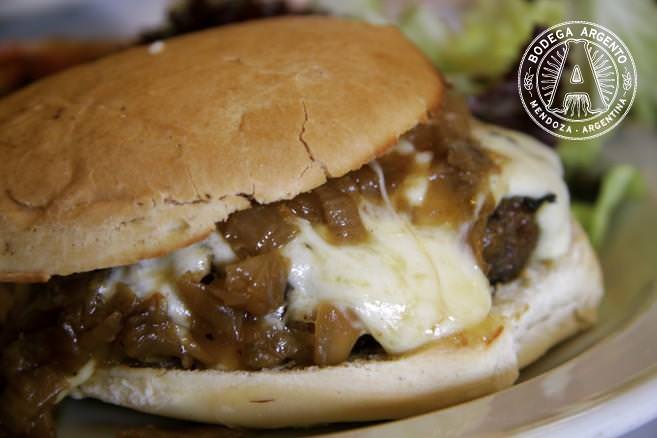 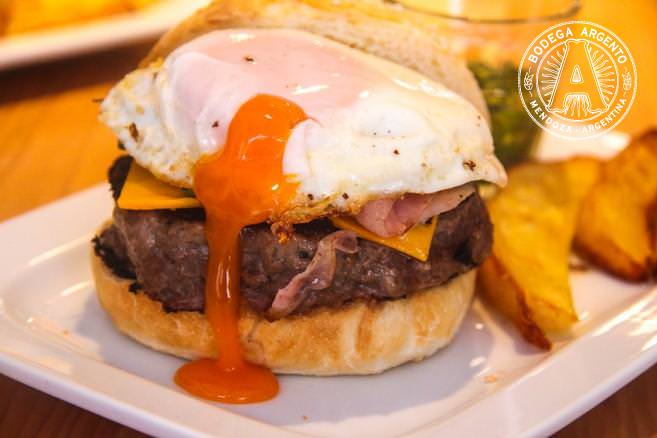 The Burger at Ninina Bakery; photo by Allie Lazar.

Mini US replica favorites like Kansas (Libertador 4625) and Hard Rock Café (Pueyrredón 2501) both kill it with solid burgers, while the Argentine classic The Embers (Libertador Gral. San Martin 14638) does Yanquilandia proud with its version.

Buenos Aires just needs to let the food trucks roam free. With over a dozen food truck concepts already operating for private events, it makes a lot of sense some of the best ones specialize in burgers. Sweet Pepper (Los Mimbres 1220) leads the pack making a reason to travel all the way to Tigre just to eat at this Food Truck con onda stationed in the Puerto de Frutos (on Saturdays and Sundays). Inspired by the true American hamburger, every bite of this burger has been thought out to reach ultimate satisfaction: mix of beef and pancetta thick patty seared medium, secret homemade sauces, buttery soft bread, and high-class toppings. 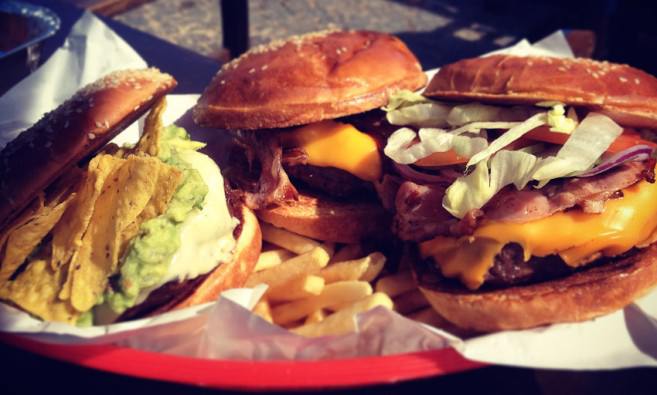 The Burgers at the Bar

To me, a burger and a Negroni are a match made in heaven. There’s nothing better in life than getting a ‘lil tipsy and making out with a burger like nobody is watching. Not only do bars like Duarte (Godoy Cruz 1725), 878 (Thames 878), Doppelganger (Juan de Garay 500), and Pony Line (Posadas 1086) serve arguably the best cocktails in the city, their burger programs are the absolute tops. 878’s lamb burger has now reached celebrity status, as did Doppelganger’s with smoked pancetta, homemade pickles and caramelized onions. Head over to the magical Dellepiane passage way in Recoleta to Dellepiane Bar (Pasaje Luis Dellepiane 685) a hidden spot specializing in burgers and offering over a handful of eclectic styles, including the Criolla with sliced charred Argentine chorizo, provolone cheese, and salsa criolla. Buller Brewing (Presidente Roberto M. Ortiz 1827) and The Oldest (Elcano 3410) might be known for their beer, but both burgers are must orders.

Hot burger tip: Buenos Aires tends to overcook burgers. If you are a medium-rare kinda gal, make sure to tell your mozo – otherwise you may be chomping down on a dry, well done, hunk of beef.

One response to “Porteño Burger Boom: Where To Eat Burgers in Buenos Aires”