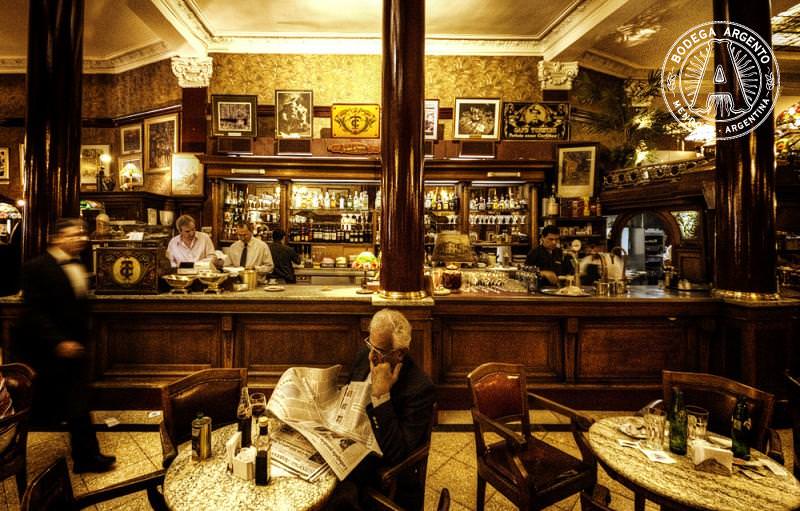 On the surface, Buenos Aires isn’t the most relaxing place, but scratch beneath the surface and, well, nope, it still isn’t relaxing. You don’t go to Buenos Aires to hang loose, you go to party, to shop, to eat, to drink, to meet friends and lovers. Outside, a bewildering number of buses chug and beep along with the honking choking taxis (I’d stay away from Retiro in particular if you’re looking to chill out). This is why we love Buenos Aires: its frenetic lifestyle that oozes sex appeal, charm and culture. But living there for years, there’s a limit. And that’s when, through whispers, rumours and idle gossip, you find out that there are places to unwind. Some obvious, some a little bizarre and some hidden. Here are our top ten…

Tea at the Alvear Palace Hotel

From the days when Buenos Aires was one of the wealthiest cities in the world, the Alvear doesn’t just ooze opulence – it spills over into the streets of Recoleta. One of the enduring traditions is the afternoon tea in the leafy, light L’Orangerie. It’s a spectacular affair, with treats from the Chef Patissier (yep, it has a patissier). Even better is the Sunday brunch with fish, game and exquisite desserts. 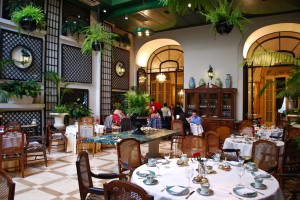 Eating in the Alvear Palace Hotel – Photo by Eduardo M. on Flickr

A Massage at Home Hotel

Home is an inspirational place that mixes hedonism with a dose of health (and that’s more than the celery in their Bloody Mary – one of the best in the city). The downstairs spa has massage rooms and offers facial therapies designed for your mood. Once you’re done there, head back upstairs for a cocktail around the infinity pool to the sounds of an Ibiza chill out mix.

Part of Palermo park, the Jardin Botanico is a little oasis in a particularly busy part of the city. There are more than 5,500 types of plants, trees and shrubs in the gardens and large green houses. If you don’t mind cats (there are a lot), it’s great to spend an afternoon wandering around. It was designed by Carlos Thays, a French landscape architect. Particularly lovely is the Japanese Garden, administered by the Japanese Argentine Cultural Foundation. It’s full of medicinal herbs and Japanese flora.

The Ferry to Colonia, Uruguay

I know, I know – incongruous in a piece on top ten relaxing places in Buenos Aires, but as every expat knows, the most relaxing place near the city is the beautiful town of Colonia. It’s a beautiful place to spend a day recharging the batteries, drinking mate (the Uruguayan’s drink an inordinate amount of mate) and watching the sunset over the Rio de la Plata.

Spend Three Hours over a Coffee and Book

Cafés in Buenos Aires are nearly as numerous as buses. The bow-tied waiters won’t care that you have only bought one cafecito in two hours, instead just go with a book (I’d recommend Cortazar’s short stories). Or even better, write your own story – oh so Buenos Aires. Café Tortoni is the classic, but to really get inspiration try the Café Los 36 Billares, at 1317 Avenida de Mayo – it’s one of Federico Garcia Lorca’s old hang-outs. 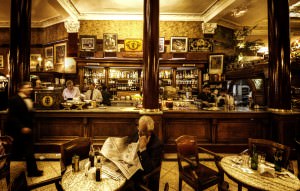 Peace in a Graveyard

Unconventional perhaps, but where could be more peaceful than graveyard? Buenos Aires is distinguished by two incredible necropolises. It’s Recoleta cemetery that is the most famous (follow the hordes to Eva Peron’s tomb), but our favourite is the Cementerio de la Chacarita. It’s far more expansive than Recoleta’s, and is the final resting place of the city’s most famous tango star, Carlos Gardel – his statue often has a cigarette hanging out of his mouth, placed by a wry fan.

Take in art at Malba

The finest gallery in Buenos Aires is Malba: Coleccion Costantini. It’s almost – but not quite – as popular as the Museo Nacional de Bellas Artes (Museum of Fine Arts), so if you go in the middle of the afternoon the ‘umm’-ing, ‘ahh’-ing and beard stroking at its modern art collection can get a little wearing, but go at noon on a Monday when it opens and it can be a relaxing experience – especially followed by a glass of wine in its excellent café.

Cycle around the Reserva Ecologica

A little contrived perhaps and no big secret, and its claims to be like Central Park are somewhat exaggerated (it’s built on a rubbish dump for a start), but this reclaimed land is still an under-used green space (by humans, not its diverse fauna and 250 species of birdlife). At around 370 hectares, it’s easy to find a bit of solace around its weaving paths. Keep an eye out for the black-necked swan. 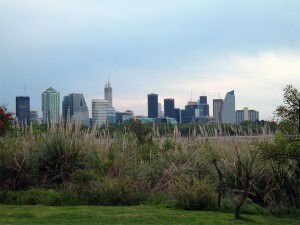 Lazy days pootling along the river is how well-heeled porteños pass their weekends. At the end of the line from the rather hectic Retiro is Tigre, an hour north of the city, but a world away. Palm-lined streets and rowing clubs hark back to the days when Buenos Aires’s high society would decamp here for the summer for lazy days on the river.

El Ateneo Grand Splendid is a bombastic name, but no mere hyperbole – this beautifully restored theatre has been named one of the most stunning bookshops in the world. A couple of hours can fly by studying its shelves (but more likely studying its ceiling). There’s a large English-language section too.

Have you got any top tips for places to relax in Buenos Aires? Leave me a comment and let me know. 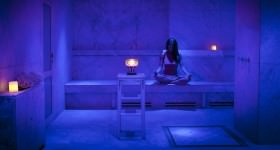 The Best Places to Pamper Yourself in Buenos Aires

The Best Places for Seafood in Buenos Aires

4 responses to “Top Ten Places to Relax in Buenos Aires”