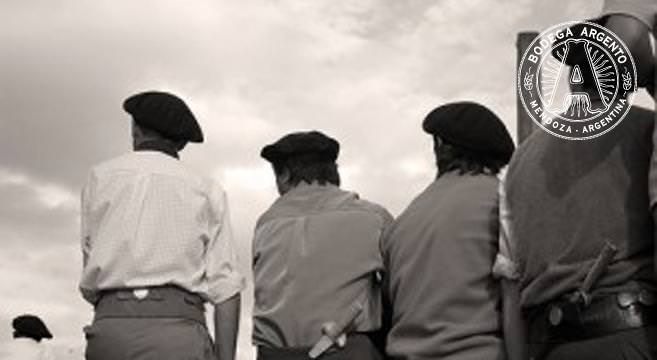 A Bit About Gauchos

The gaucho is an important symbol for Argentines. Equally revered and feared, the gaucho is the paragon of the stoicism required through a life of hardship – an admired virtue in this country. A life on the pampas; lonely; always in danger; quietly pushing forward the rickety wheels of Argentinian industry.

Gauchos are the cowboys of Argentina and they are, of course, romanticised. They pass their lives dragging cattle around the pampas – the vast, flat plains that surround Buenos Aires. They care for beef, and in a country in which each person consumes on average 75 kilos of beef a year, that is an essential job. He fends off cattle thieves and disease, and survives on meat and mate alone (in the 1800s doctors were amazed at how the gaucho survives on beef alone, but it was mate that successfully fulfilled parts of the diet).

The gaucho has been immortalised in folklore classics such as José Hernández’s epic poem Martín Fierro and in Ricardo Güiraldes’ 1926 novel Don Segundo Sombra. And the centre for Gaucho folklore is in a small town 113 kilometres (70 miles) from Buenos Aires city called San Antonio de Areco.
  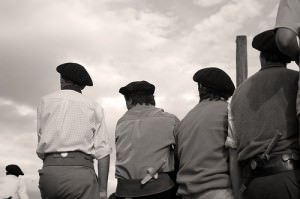 The town of 20,000 was founded in 1730. Its status as the epicentre of gaucho-lore partly arose from Ricardo Güiraldes who grew up in the town and based his protagonist, Don Segundo Sombra, on a real gaucho.

San Antonio de Areco today, retains the gaucho spirit, and consequently attracts visitors – mainly porteños in search of their inner-gaucho, albeit a pretty chic gaucho. It is defiantly not a Disneyfied version. They guy on a horse, gun in holster, knife strapped to the back is not wandering the town at the behest of the town council; he’s on his way to work.

San Antonio is a working beef town, and one that seems little changed since Güiraldes day. The modest early 20th century buildings remain. Gauchos and landowners still appear on Saturday evenings from the estancias (ranches), in their best boina (beret) and faja (belt) to eat meat in the town’s earthy parrillas (meat restaurants) and drink copious amounts of red wine or the gaucho favourite Bols ginebra.
  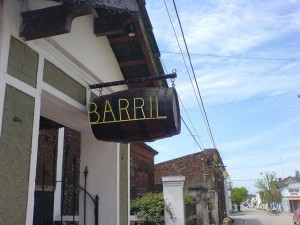 What to Do in San Antonio de Areco

There are attractions for the visitor, of course, with museums, gift shops selling genuinely fine leather and silver wear and rustic taverns and restaurants. There are also a couple of good hotels in the town, although many visitors choose to stay in a nearby estancia.

Plaza Ruiz de Arellano is the centre of the town at one end of the Alsina, the main thoroughfare. It is built around Iglesia Parroquial, the consecration of which in 1728 led to the town being founded two years later. It was built in remembrance of San Antonio de Padua as thanks for protecting the town from marauding local tribes.

North of the centre – and we’re talking a couple of blocks, it’s not a big place – is the Areco river. Crossing the waterway is the Puente Viejo (Old Bridge), one of the first toll bridges in the country, built in 1857. Every evening, young lovers, families, grandparents, gauchos and townsfolk gather around the pleasant garden, called Parque Criollo, with mate. The centrepiece of the park was the Museo Gauchesco Ricardo Güiraldes, a small museum recreating an 18th century ranch, which has sadly closed after severe flooding, although there are plans to open it again.

Instead, head to Pulpería La Blanqueada, an atmospheric bar featured in Don Segundo Sombra. There are plenty of characterful San Antonio establishments, not least Los Principios Almacén on Bartolomé Mitre 151. This grocery store, like many in the country, doubles as a bar. For dessert, there’s no doubt: La Olla de Combre, a shop dedicated to the art of chocolate on Matheu 433.
  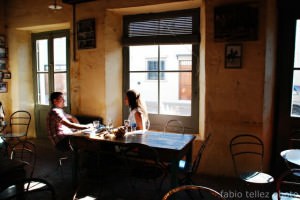 There are few upmarket food options in the town – but upmarket is not the reason to visit San Antonio. The best we found is Almacén de Ramos Generales at Zapiola 143 for Argentinian classics. A slightly more modern option is Zarza (San Martín 361), but meat remains at the centre of the menu. But for tradition, head to Puesto la Lechuza that has live folk music every Saturday.

The best lodging, by some distance, is the boutique Patio de Moreno. There are only six rooms, but they have all modern extras, and the communal areas in this converted workshop are gorgeous. Another good option is Paradores Draghi, a small elegant hotel.

Many visitors, Argentines and tourists alike prefer to stay in estancias. Estancias generally put on food and accommodation, plus a horse ride. There are a couple of good ones near San Antonio de Areco. La Porteña is allegedly where Güiraldes found his inspiration. Six kilometres from San Antonio is the well-established, and still working, El Ombú de Areco. La Bamba is an even more traditional affair, while La Cinacina is very tourist minded and busy on weekends.

If you’ve been to San Antonio de Areco and have any suggestions or stories to share, do leave a comment. You can even add your favourite places to our Google map.

Museums In or Around Buenos Aires 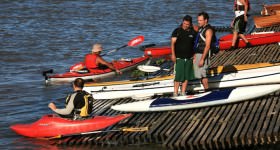 One response to “San Antonio de Areco: The Home of Gaucho Folklore”