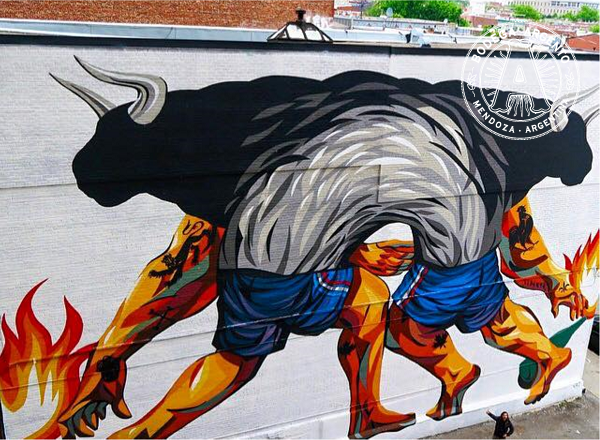 In the beginning, graffiti and urban art came and went without anyone knowing. Soon, a few discerning viewers recognized that this movement was inherently ephemeral, and that it needed to be documented. Photographers began to trawl the streets, alleys and railway yards with their cameras, recording the comings and goings of graffiti and its artists, trying to capture the essence of this nascent scene before the giant names in distorted letters were covered over by someone else’s. Books were compiled, cult films were made, but it all still existing in analogue. Then the internet changed everything. Now you didn’t have to go to the wall to see the graffiti, or even buy a book to see something that was surely gone by the time it was published. Websites and blogs dedicated to tracking and cataloging urban art got sucked into the great content race, competing with each other to post the newest and best walls before anyone else. But then social media came along and put the documentation of street art into the hands of the artists themselves, and nowhere has this been more successful than on Instagram.

Instagram provides the perfect platform to capture an essentially visual art form in a complementary visual nature. Artists can instantly record their work and an artist’s Instagram account can offer great insight into their lives. Uploads of works in progress allows us to see the artistic process and we can follow the artists in real time as they travel the world, attending different street art festivals and doing artistic residencies around the globe.

Franco Fasoli – Jaz is Argentina’s hottest export. After a successful 10 year career in set design, a few years ago he decided to dedicate himself solely to art, and he has been on the path to success ever since. He recently relocated to Barcelona, a location which better facilitates his hectic lifestyle, and since his move he has painted in Morocco and is currently in Montreal. Jaz’s Instagram is a chronicle of his development as an artist, providing a visual overview of his thematic interests: confrontation, tribal rituals, identity and the culture of the Argentine “barra brava”, or football hooligans. Also visible are his stylistic experiments, in particular his most recent foray into the world of collage, a technique seldom seen deployed on walls. There are also details of his murals and works on canvas so you can get up close and personal with his pieces without having to see them in person. 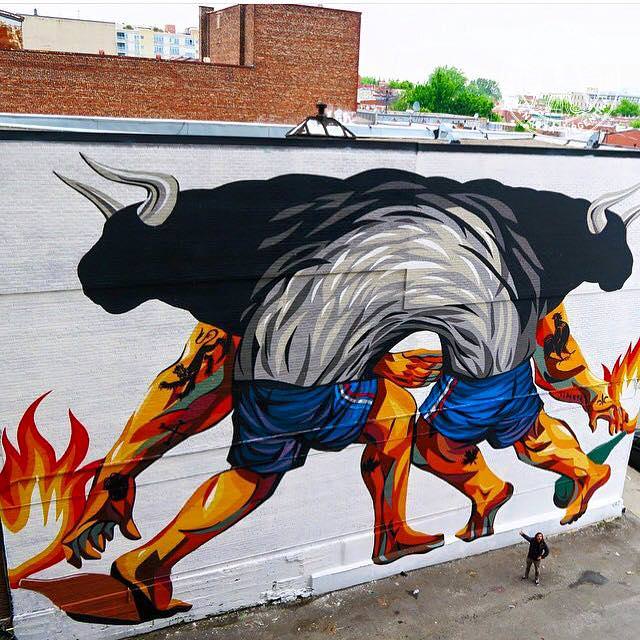 Ever’s controversial obsession with all things Communist, in particular its figurehead Chairman Mao, is well documented on his Instagram. Casual browsers may not quite get it, but the artist uses Communism as a vehicle through which to explore the idea of contradiction. Also evident from the account is Ever’s fascination with the human form, with many posts featuring portraits of female characters encircled with floral garlands and a cascade of colours flowing from their eyes, all done in the artist’s signature painterly style. His studio, installation and mural work are all captured, giving you a complete sense of the range of media that this provocative artist works with. 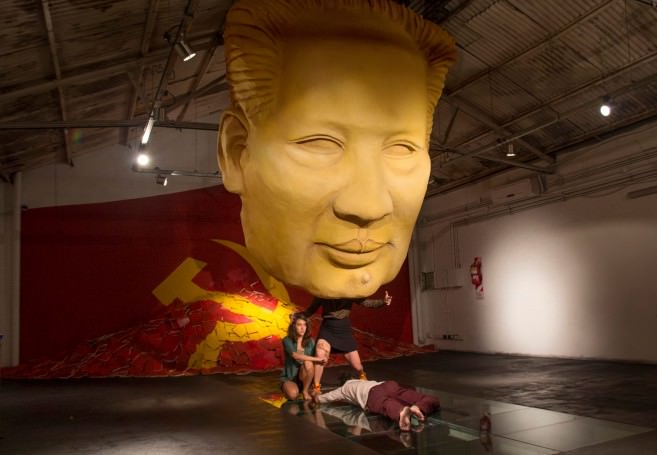 Hailing from Cordoba, Elian’s work is beautiful in its simplicity. Working sparingly with primary colours and simple geometries, he creates graphic murals that trick the eye with overlapping and subtle layering. Recently featured in Argentine design magazine 90+10 , Elian is climbing the urban art ranks nationally and internationally and is fresh from a collaborative exhibition in Barcelona with fellow Argentine artist Pastel. His Instagram is a delightfully color full archive of his work from the past two and a half years and with nearly 7k followers in that time alone, he is set to become big news in the not too distant future.

El Marian is one of the fastest rising stars in the world of Argentine street art. His solo show in Hollywood In Cambodia in May was acknowledged as one of the best the gallery had seen in its 9 years. His work deals heavily with political and social activism and his murals and paintings often depict scenes of riots or marginalised societies affected by social oppression. His distinctive style of painting is reminiscent of army camouflage, something which feeds into his revolutionary themes. El Marian’s account shows us huge works on the motorways and walls of Buenos Aires and beyond by an artist who is on the verge of something big.

Martin Ron’s stunning hyperealisic murals are surprisingly well captured on the small screen of a cell phone via Instagram. His 3D portraits of people and animals are often set against a patterned background, and recent posts chart the progress of a huge mural on a highway in Constitucion (El Marian also participated in this project) and also a giant wall in Malaysia of a man reaching through an arch surrounded by Ron’s signature turtles, one of which can be seen in Barracas. Martin Ron is a talented and in-demand artist, so check out his profile for future artistic jaunts around the world. 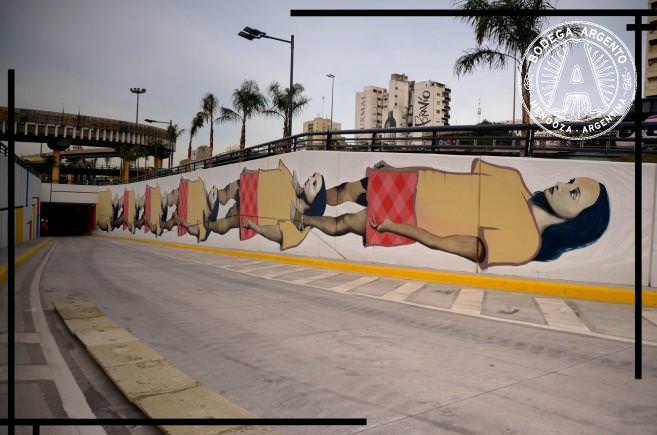