Although the immediate thought is ‘football’ when mentioning Argentina and World Cup in the same breath, the world’s fifth-largest wine producer is about to host a very different championship next month in Mendoza: the 15th A.S.I. 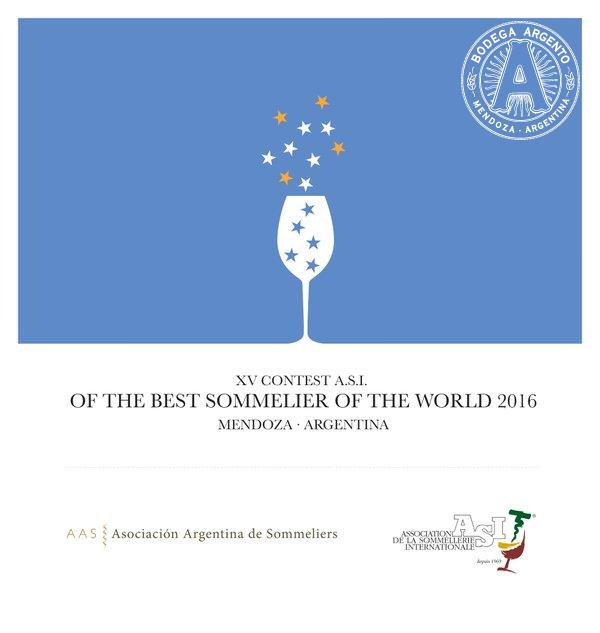 Ready to compete in this survival of the fittest, around 60 of the world’s finest connoisseurs have patiently waited three years to show off their impeccably trained noses and palates in this knockout five-day contest.

Over the past few weeks, we’ve met a selection of Argentina’s finest sommelier crop who’ve shed some light on their illustrious profession ahead of the competition, which will be held in Mendoza for the first time. In this post, though, TRA goes backstage in the countdown to the 2016 sommelier championship that kicks off on 15 April.

First, it’s an enormous deal for Argentina’s wine industry to be thrust into the spotlight, as Andrés Rosberg, president of the Argentine Sommelier Association (AAS) who’s leading the organisation directive, says.

“Hundreds of connoisseurs including sommeliers and journalists from all around the world, opinion leaders in their own countries, will be coming to Mendoza so it’s a brilliant opportunity for us showcase not only our wines but also our food, restaurants, cooks, our landscapes and our culture.”

“All the key opinion leaders are coming as are on-trade suppliers, restaurants and wine stores will be here; those are the channels where the most expensive wines go to and are sold on the image a country is built on. It’s the haute couture of wines and a brilliant opportunity for us.”

Given the complex logistics bringing hundreds of people to Mendoza, long-term planning has been key: in fact, Andrés and his AAS team have been planning this for the past decade.

He says: “We’ve been toying with the idea of doing a world competition in Argentina since 2006. Back then, it was a big fantasy more than anything else but we did organise a domestic sommelier competition in 2009. Then we played with the idea a little more seriously and thought we could go international. We invited all the presidents from each of the 60 member countries that form the international sommelier association in 2012 and all these events worked like jump overs on the road to the international competition. Slowly but surely we were presenting Argentina as a host.

“Germany, Norway, Australia and France were all in the running run to host the 2016 competition. Then, in the final it was Argentina vs France fighting for the nomination. We’d had been working on it for two years so we had a great presentation, with backing from the tourism ministry and Wines of Argentina, so our programme was very solid. Against all odds, we won that nomination at VinExpo in 2013 and have been working on establishing the agenda and building the team ever since.”

The best of the best

That’s how Argentina sealed the deal but what about this contest itself? Each connoisseur has already competed at a national level to represent their own country, so only the cream of the world’s sommelier crop is looking to take the title of ‘best.’ And naturally, this is no walk in the park: which other global competition lasts an exhausting five days?

Andrés says: “With 60 countries competing, 37 or so languages are spoken among all the candidates so it’s virtually impossbile to run this competition in each candidate’s language. Rules stipluate that every candidate must compete in one of the association’s three official langagues – English, French or Spanish – but they cannot compete in their native language. Tough!”

He said it. And that’s before they even get started. The first round sorts the wheat from the chaff, slicing the number from 60 to 12 in one hit. Andrés adds: “The core is a very long, hard written exam followed by a written blind tasting that includes two or three wines as well as three or four spirits. Then there’s a quick service test in which competitors have to undertake Champagne service or decant in a very short time period. At the end of the day, once all the numbers are added up, the top 12 then go through to the semifinal.”

Another written test, an oral blind wine and spirits tasting then a food and wine pairing tasting are up in round two. “There are more service tests in this part and anything can happen! Then for the next few days everyone continues without knowing who’s reached the final. The three finalists won’t be announced until five minutes before the final – a bit of an ordeal!”

Phew. The steeliest nerves are required, along with lashings of low blood pressure, a solid dose of composure and an ability to keep fingernails out of biting distance.

As for Argentina’s chance in the contest, the good news is two somms, Paz Levinson and Martín Bruno, will be going for gold, and not just because they are from the host nation. Given that Paz clinched the Best Sommelier of the Americas in 2015, her continental ranking gave Martín Bruno a way in after he ranked second in Argentina in 2014.

Andrés’ advice for Team Argentina: “It’s very intense and you have to be very well prepared mentally and physically, as well as in terms of studies, work and tastings. It’s very demanding on your body and your mind and there’s no improvising.”

Over the next few weeks, TRA will be hearing from both Paz and Martín as we get ever closer to the start date of this prestigious competition.