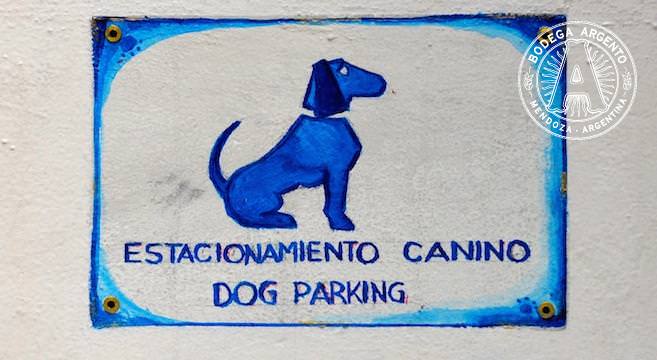 Buenos Aires has something for everyone, including the dog-lover. Thanks to the open attitude of its denizens, abundance of city parks, great weather year round, and low cost of pet care services, it is an ideal city for us dog owners. Just watch where you step! 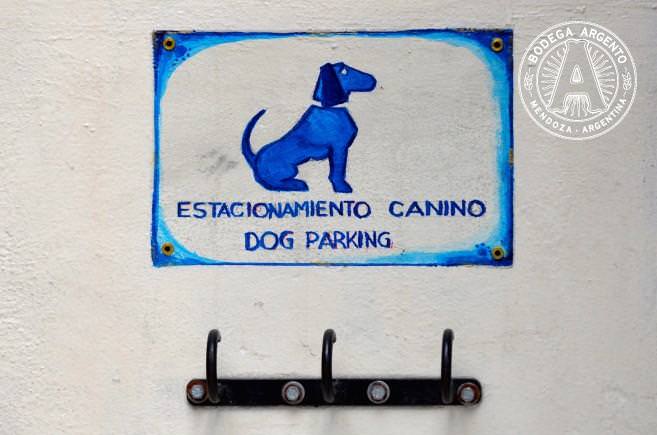 In a city of 3 million humans, there are over 500,000 dogs as pets, making dog watching in Buenos Aires just as prolific as people watching, and equally entertaining. Walking your dog means being frequently stopped by strangers who want to pet your four-legged friend and tell you how lindo he is. (Bonus points for rescuing a street dog: you will unfailingly be congratulated and informed that strays are the best and most loyal dogs.) 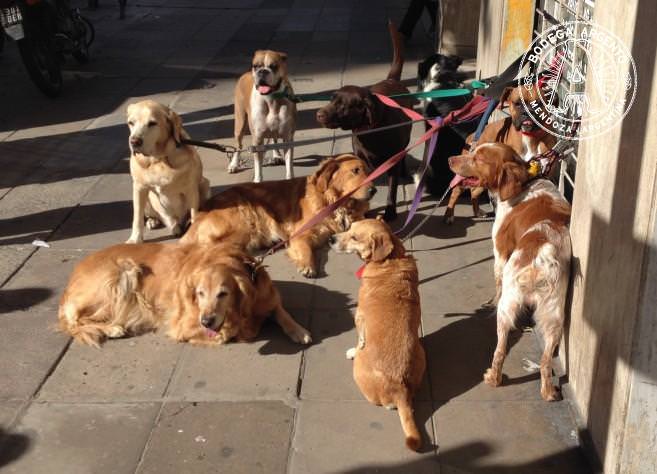 A pack waiting for their paseador; photo by Caitlin McCann.

Especially fun to spot for locals and visitors alike are the paseadores de perros/paseaperros, armed with anywhere between 5 and 20 dogs, making Cesar Millan look like an amateur. These professional walkers usually have two daily shifts, provide door-to-door walking services, consisting in taking their packs to the park to play. Since they are something of a status symbol, the best paseaperros spotting is in more affluent neighbourhoods. 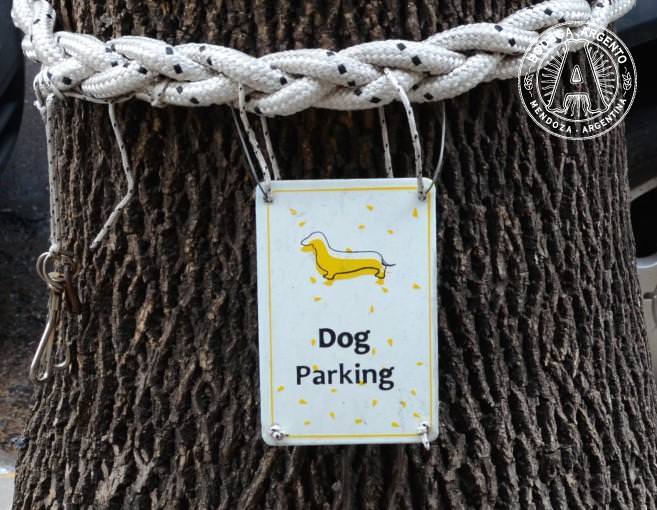 We are pet friendly

Such a pet-friendly culture means that dogs are often welcome wherever humans are, including shops and restaurants. Many businesses display on signs whether they are pet friendly, but it is always courteous to ask: “Puedo entrar con el perro?” (Can I come in with the dog?)

Some taxis flagged on the street will take pets, depending on the driver, but you can also call a remis and indicate you’re traveling with a pet. It is good etiquette to bring a blanket and leave a small tip.

Unless otherwise indicated, parks and plazas are pet-friendly. There are designated dog runs throughout the city, but because dogs here are so well socialized, people tolerate them almost anywhere, on or off the leash. 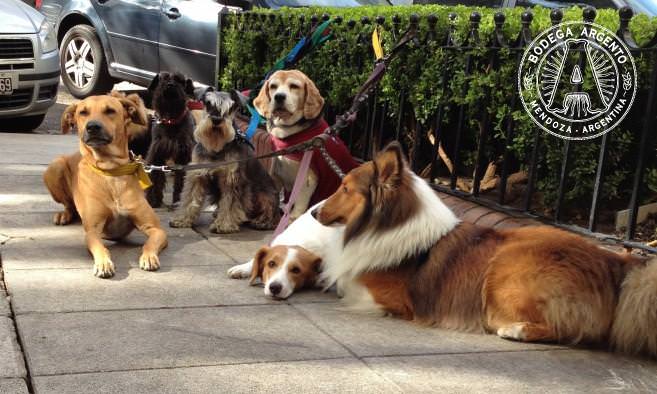 A pack waiting for their paseador; photo by Caitlin McCann.

As anyone who has walked a few blocks in this city can attest to, there is evidence left all over the sidewalks of the large number of dogs. (There is regulation indicating owners must pick up after their dogs, but it is rarely enforced.) In response, Mayor Macri is encouraging responsible dog owners who pick up after their dogs to fasten them with a green collar (#CollarVerde). 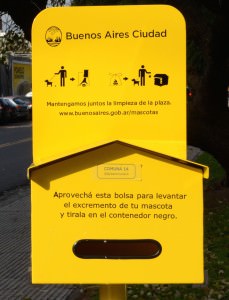 The city trying to keep the streets cleaner; photo by Caitlin McCann.

The campaign was just announced in May, so let’s wait with cautious optimism to see any impact. Yellow containers with plastic bags furnished by the city government have also been recently appearing in city parks. 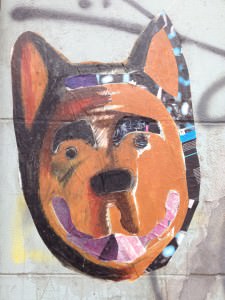 Many hotels and apartments allow pets. The Palacio Duhau-Park Hyatt has a VIP (Very Important Pet) program, with grooming and walking services, and special menus. The Faena Hotel also offers pet-friendly rooms, complete with a “pet kit” including a bed, treats and toys.

While neighbourhood vets double as pet stores for regular items, including puppy-sized Messi jerseys (por supuesto), to show the dog in your life you really care, pick him up some canine couture, especially now that winter is upon us. Try Amores Perros (Alvear 1946) in Recoleta or Margoff (Fitz Roy 1929) and Napoleon & Josephine, both in Palermo Hollywood.

As a general rule, most outdoor patios allow dogs but some places are extra pet friendly. One of the first to embrace this trend was the café at the Evita Museum (J.M. Gutiérrez 3926). Victoria Brown (Costa Rica 4827) allows dogs in their covered outdoor space, and spoils them with extra treats. Caffé Tabac (Av del Libertador 2300) is a neighbourhood institution, with plenty of sunny outdoor seating and dog watching to accompany that café con leche.

Days? Check out the paseaperros in the parks of Palermo or Recoleta. Best times are weekdays between 9 a.m. and 5 p.m.

Months? Consider volunteering at an animal shelter like Campito Refugio. If you’re here in the fall, you may be lucky enough to catch the annual DogRun.

Years? Adopt a dog! Some reputable options are Protectora Sarmiento, Campito Refugio or Mascotas en Adopción, who bring pets for adoption to Plaza las Heras every Saturday from 3-6pm.

What’s the greatest number of dogs you’ve seen in one pack? Let us know in the comments below!