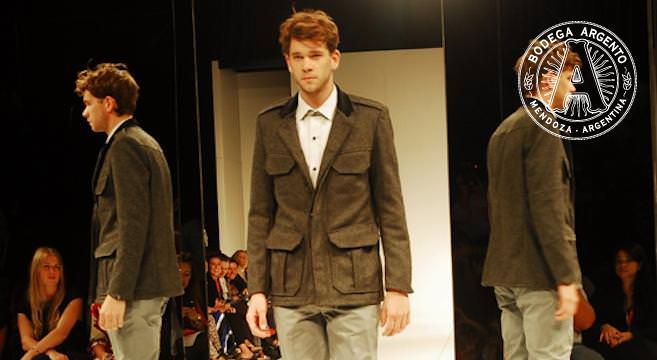 While the fashion world in the northern hemisphere has been in a frenzy over the recent Autumn/Winter 2013/14 shows, Argentina’s own breed of fashion designers have been busy tinkering away on their new collections for the upcoming Autumn/Winter 2013. To welcome in the season, Buenos Aires Fashion Week (aka BAF Week) kicks off on February 26 at La Rural for four days. Although they’re a season behind the rest of the pack so you’re unlikely to see waves of groundbreaking trends parading down the catwalks, there is innovation and creativity to be seen from the country’s leading designers and a handful of newcomers. And, unlike other fashion weeks, BAF Week is open for one and all to attend with ticketed fashion shows (bar a select few invitation-only affairs in Paseo Alcorta). While this is a great opportunity for your inner fashionista to go forth and shine, it does mean that you have to contend with big crowds and long queues for the chance to see the handiwork of your favourite Argentine designers. To help you, The Real Argentina has put together a mini survival guide of top tips. 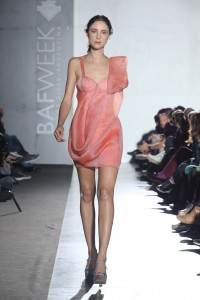 Since ticket prices have been hiked up to 40ARS per show, this might deter the usual hoards of excitable dolled up teenage girls from attending every show of the week, but it’s still worth getting your tickets ahead of time and arriving at least 30 minutes early to get in line. Even if you have a ticket for a show, you’re not guaranteed to get a seat in the 1,200-person capacity auditorium, or even get in. And make sure you’re in the right line as it’s not always clear which one of the numerous queues snaking around the venue you’re supposed to be in.

Only the most dedicated (and richest) of souls would attempt to see every catwalk show of the week. It would involve hours of queuing and will set you back a substantial number of 100 peso bills. If you want our advice, these are the ones to watch: 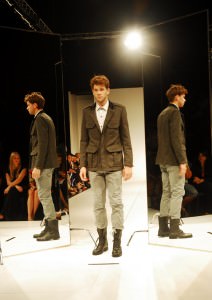 Hermanos Estebecorena (8pm): A regular at BAF Week that never fails to impress with their consistently stylish yet practical menswear collections. Speaking to one of the brothers, Javier Estebecorena, he reveals, “This season, we are proposing a mix of the urban, military and sporty with lots of green, grey and black. Expect an updated line of leather pieces and some new accessories.”

Cora Groppo (7pm): Purveyor of deconstructed threads, Cora Groppo turns out cohesive collections of striking monochrome pieces characterised by layers, folds and a mix of textures. This year she found inspiration in rhinos, which is as intriguing a reason as any to go see her show.

Garza Lobos (8pm): This will be the fifth BAF Week for Garza Lobos whose edgy feminine aesthetic is highly coveted by celebrities and fashionistas alike. While designers Cuti Von Niederhäusem and Rubén Troilo like to experiment with form, their collection for this season is more about precision. Says Rubén, “We wanted to create items that were perfect in their structure, proportion and texture. We focused on an image that was clean and conservative while trying to achieve innovative details in different ways.”

The front rows are reserved for the well-heeled VIPs, celebrities and media and everyone else is demoted to the raised seating behind. Aim for a seat up high that looks down on the catwalk to give you an unobstructed view and pack a pair of binoculars so you can pick out those more subtle sartorial details.

While the catwalk shows take centre stage, you’ll also find a host of fledgling or small-scale clothing and accessories designers displaying their collections in small makeshift showrooms in the main hall. Don’t overlook them. They’re free to look around and the next big thing may be there just waiting to be discovered by you.

Don’t go it alone. Having a companion to stand with you in solidarity in the never-ending queues makes the whole experience much more fun. You can people watch and pick out the fashion hits from the misses. Plus you have someone to take photos of you dressed in your best Instagram and Facebook worthy outfits.

6. Dress for the occasion

The street style bloggers will be out in force with their cameras so it’s the perfect opportunity to dress to impress and see how many times you can get snapped in your trend setting attire. The bolder the better.

As part of the BAF Week marketing campaign this year, the BAF Week Fashion Committee invited 10 of the country’s most well-known designers to pair up with 10 artists to create illustrations of a look from each designer’s new collection. The images already went viral but the originals will be on show at La Rural. Among others, Cora Groppo collaborated with artist and model Naomi Preizler; Vero Ivaldi with graphic design artist NIK (Cristian Dzwonik) and the long standing Evangelina Bomparola with avant-garde newcomer Pablo Bernard, ex fashion editor and illustrator who turned his attention to designing men’s and women’s clothing over the last couple of years. With the themes of “Ornamento” (decoration) and “Delito” (crime) from his own A/W collection still fresh in his brain, he described his artistic interpretation as “the over accessorised monster meets Theda Bara.” 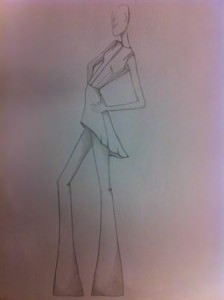