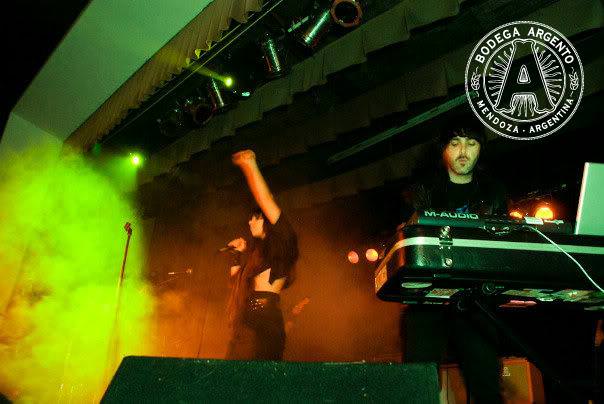 Electronica has always found a home in Buenos Aires. And while the days of the superclubs are all but over (they still exist but, like in Europe, they aren’t as fervently followed as used to be), dance/electronica groups always go down well in the capital. It has also provided Argentina with some of its biggest breakout acts – most notably the Gotan Project and Gustavo Sanatolla’s project Bajofondo Tango Club.

In the post-superclub space came The Manta Raya in 2000. Their first album, Yeah!, came with a garish cover that screamed PARTY! It was around the same time as the Brazilians, CSS (remember the brilliantly titled Let’s Make Love and Listen to Death From Above?). It was big, bold and (you may want to look away now) phat. Yes, with a ‘ph’! In venues such as Niceto – or even Creamfields – around 2006, we were hanging off the ceiling (I’m exaggerating, but you get the drift) to Manta Raya. 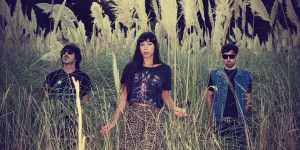 The Manta Raya – Photo from www.themantaraya.com.ar

Despite their dance sensibilities, there are touches of some particularly 1980s ‘move-your-ass’ synthesized vocals, alongside wayward bleeps, Casio keyboard sounds and beats. And since their genesis in 2000, with the current bands making the same sort of New Rave noises (M83, Foals, Hot Chip et al), they have found their groove again and are partying as hard ever.

Manta Raya came together in Mar Del Plata – the, erm, Skegness of Argentina (actually, that’s a little unfair. Bournemouth perhaps) in 2000. As you could probably guess, Mecha, Quique and George were art students. After seven years of playing and partying anywhere they could, they released Yeah! It was a hit in South America, at least. It was hot, sexy, sensual, and occasionally downright dirty. Buenos Aires loved it. There was even a song in German – Komm Zu Mir. No idea what they were singing, but I’m sure it was rude. 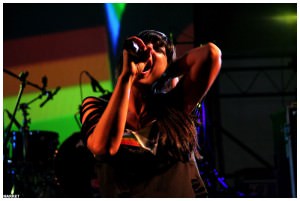 Their most recent album is Dead Fingers – released in 2010, and still being promoted – which goes back to electronica roots, particularly with its biggest song, Dead Miami. It’s pure dancefloor. More far out, and arguably less successful, is the big and dirty Toffie. It’s a collaboration with Francois Van Coke, a South African punk rock band, and sounds like Frankie Goes to Hollywood singing metal… in Afrikaans. Fangs’ off-kilter beat backs singer Mecha’s lyrics, in English, that wouldn’t seem out of place in the Rocky Horror Picture Show: “I’ve got lipstick fangs and I’m starting dance/You’ve got blood running out of your head”. Lucky Ones is the most accessible, fun (and potty-mouthed) tune on the album. “Sure we want money and fame, but most of all we want to do our thing.” It undeniably sounds 1980s German house – and that is meant in a good way.

The Manta Raya are one of the most energetic and exciting bands to come out of the New Rave scene in Buenos Aires. Its influences are European – Manchester, Berlin – but it’s a sound that could have only come out of the steamy clubs of Argentina. 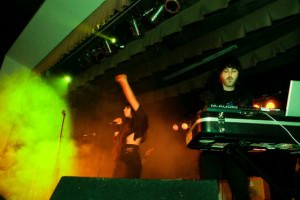 Best of all, if you go to their website, there’s a free download of The Manta Raya’s mix album. If you’re in Buenos Aires then keep an eye on the Facebook page for their prolific touring schedule.

Couche Moi – one of their sleaziest songs

Edgie – this is a massive song – mind-blowing