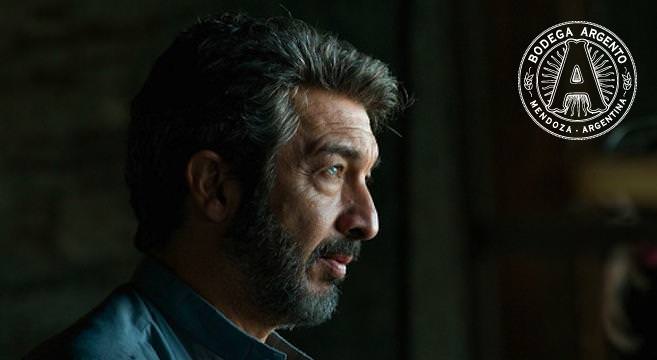 After its massively successful launch last year, the Argentine Film Festival is returning to London – and coinciding with Malbec World Day on 17 April in a very special way. Featuring eleven vibrant and very different films shot in various places around Argentina, each screening at the Ritzy, the Hackney Picturehouse and Cineworld Haymarket will be preceded by short music films. Beware: The vineyards of Mendoza, Patagonian landscape, tango bars, bookshops and architecture of Buenos Aires will make you want to escape this relentless winter and get on a plane quicksmart. Argentine films are like colectivos: You wait ages for one, then eleven come along at once. (Sorry.)

I spoke to the festival’s Director and Founder, Sofía Serbin de Skalon, who has worked with some of the most exciting new filmmaking talent and is proud to bring Argentina’s dynamic cinema to a wider audience.

LG: What aspects of Argentina did you want to represent in the festival’s programme?
SSS: “Some subjects, such as football and wine, will be readily associated with Argentina, but I´m really pleased that this year delves deeper into the different communities in Argentina, so we have Jewish Buenos Aires represented in Daniel Burman’s ‘All In’, the farming communities of Buenos Aires province in ‘Villegas’, a village of German immigrants in ‘The Dead Man’ and ‘Being Happy’, and young Argentine aristocracy in the shorts ‘Yeguas’ and ‘Cotorras’. It’s a really interesting mix. Pablo Trapero is perhaps Argentina´s best-known director and we´re honoured to include a screening of ‘White Elephant’, his latest film.”

You can’t have an Argentine Film Festival without Ricardo Darín, who stars in festival pick ‘White Elephant’. Why is he ‘the man’?!
“It´s funny because people often ask me if there are any other actors in Argentina as Darín seems to be in all of the films. But the fact is he is so talented and versatile you never get tired of watching him. He´s a really great actor.”

What might surprise audiences about Argentina?
“The diversity of its social make-up. I don´t think people outside Argentina really know about the country´s European heritage and the different nationalities that emigrated there.”

What are your top 3 film picks for this year?
“I love every film in the programme, but I guess the ones that speak to me the most for various reasons are ‘The Man Next Door’, a black comedy about a disagreement between two neighbours that´s just so sharp and funny; ‘Sofia Turns 100’, a fantastic documentary about Sofia Yussen, a centenarian who´s seen 100 years of Argentina´s history; and ‘Sadourni´s Butterflies’, which is an absolute feast for the eyes, just stunning. We´re hoping to have Dario Narid, the director, here to present the film, so that will be incredible.”

Is there a wildcard, an unexpected film in the selection?
“‘The Lost World Cup’, about the rumoured World Cup tournament that took place in Patagonia in 1942 during the World War. I can´t say too much about it…”

Are these films going to make us want to run off to discover Argentina?
“Absolutely! But maybe to join a rock band instead of to learn tango!”

WAYS OF WINE (El camino del vino)
One for wine-lovers on Malbec World Day, this mock-doc sees a world famous sommelier blag his way into Argentina’s finest vineyards to let him sample their premier plonk – all because he needs to reconnect with the grape after losing his sense of smell! It’s a great touch that Charlie Arturaola’s sensory odyssey through Mendoza introduces us to real vintners playing themselves. For the full experience you can book dinner with a Malbec tasting – and get to meet the man himself.

SOFIA TURNS 100 (Sofia cumple 100 años)
This documentary about one of life’s unforgettable characters is a must see. Sofia Yussen saw her father die in the San Juan earthquake of 1944, the “disappearance” of her son during the military dictatorship, was forced into exile in Brazil at the age of 67, and then her husband died. So she went travelling. As a centenarian, she offers a unique insight into 100 years of Argentine history (half of the country’s life). What a truly inspirational – and funny – woman.

ALL IN (La suerte en tus manos)
This hit rom-com about the perils of love the second time around is by acclaimed Argentine director Daniel Burman. It stars Oscar-winner Jorge Drexler as a neurotic divorced father who enters a web of lies after running into an ex on the day of his vasectomy. It even features a scene with a band called the ‘Rabbi-ing Stones’. Yes, really.

MOUNT BAYO (Cerro Bayo)
One of the best things to come out of Latin America is the telenovela, which make Hollyoaks look high brow. This film is like a big-screen version – even including a character who wants to be a beauty pageant winner, but believes she won’t have the glow for success until she has her first orgasm! This comedy of errors, set within a bizarre family in the small-town Patagonian village of Mount Bayo boasts a talented cast – Adraiana Barraza was Oscar-nominated for ‘Babel’, and Inés Efron and Pérez Biscayart are amongst the leading actors of their generation.

WHITE ELEPHANT (Elefante blanco)
Check out why ‘Secret in Their Eyes’ star Ricardo Darín is one of the world’s leading actors in this box-office hit. Set in the shantytown of Buenos Aires’ Villa María, this is a nail-biter about two Catholic priests trying to help the locals in a slum overrun by drug lords and corrupt cops. Think ‘City of God’ set in a building that was supposed to be the largest hospital in Latin America, but instead transformed into a drug-infested warren next door to the showy Puerto Madero quarter. Thought-provoking.

SADOURNI’S BUTTERFLIES (Las mariposas de Sadourni)
This gorgeous black and white film pays homage to silent cinema and is shocking from the very first scene, which sees a dwarf clown being taken to prison. What follows is a surreal adventure involving crimes of passion, a mad doctor and the fetish film business. Dwarf Sadourni decides he wants to add a few inches (of height) and embarks on a new career in fetishism to pay for it. It’s a dark story of one man’s desperation as he tries to escape the shackles of his physical appearance – and cope with life on the outside.

DEAD MAN AND BEING HAPPY (El muerto y ser feliz)
This film is a drug-fuelled trip across Argentina. A dying hitman leaves the cancer ward he is being treated in and hits the road in a rundown motor, with a stash of morphine. This is really all about the incredible cinematography of an Argentina-gone by – with its Nazi rest homes and Parisian-style malls. Be prepared though, it’s a bleak comedy, with the emphasis on bleak.

VILLEGAS (Villegas)
This beautifully performed Argentinian road trip film (with a top soundtrack) brings two chalk-and-cheese cousins together as they journey to their hometown for a family funeral – in the town of General Villegas in the North-Eastern corner of the province of Buenos Aires. It’s really all about two of the poster boys of the new Argentine cinema, as we watch the characters of prim Esteban and scruffy Pipa reminisce, and then row. Cannes’ Official Selection in 2012.

THE MAN NEXT DOOR (El hombre de al lado) 2009
This is a simple love story – except it’s about an affair with a house. A successful and stylish designer named Leonardo lives in Casa Curutchet. As the only home that the great modernist architect Le Corbusier built in the Americas, it’s a big deal in Argentina. He lives a peaceful life with his yoga teacher wife and daughter, until the neighbour from hell moves in and a dry, black comedy about class ensues. Winner Best Cinematography Sundance 2010.

GONE FISHING (Días de Pesca)
From ‘Bombon el Perro’ director Carlos Sorín, this is a drama about family – and fish. It’s a beautiful and subtly acted tale of a recovering alcoholic who gets more than he bargained for when he opts for a shark fishing trip to Patagonia. The cast of amateurs playing versions of themselves are amazing and this provides a great view of the Patagonian landscape, within encounters at the end of the world.

THE LOST WORLD CUP (Il mundial dimenticato)
If you’re as footie mad as the Argentines, then you must attend the last night of the festival. Don your favourite football team’s colours as a DJ plays Latin beats before the screening of an intriguing football mockumentary/documentary. This quirky look at ‘The True Incredible Story of the 1942 Patagonia World Soccer Championship’ asks if an Argentinian World Cup contest took place at the height of World War II. Plus, it features Gary Lineker. Is history stranger than fiction? I don’t want to give any more away. Over to Gary…

A new addition this year is a section featuring shorts by the country’s most talented young Argentine directors.