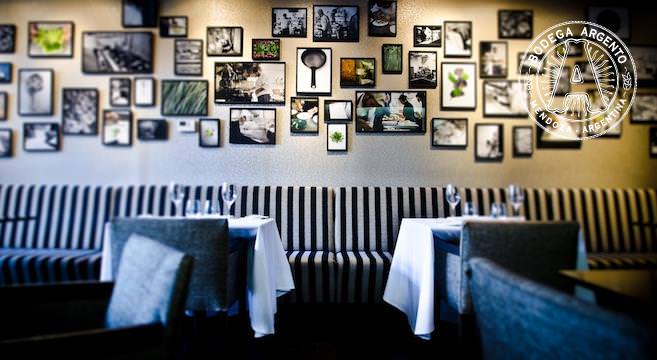 Buenos Aires is known as the city for epicureans – which is another way of saying it has posh nosh in spades (not actual spades, more like ramekins).

With its sublime surroundings, wine lists suitable for aristocrats and plates so glam they have their own paparazzi, the capital’s top restaurants are the most cutting-edge in the southern hemisphere. From elegant hotel dining rooms to upmarket rooftop eateries with superb views, it’s got decadence down – especially in Palermo, the barrio with the highest number of restaurants per capita in the city (a superlative fact that probably gets more mentions per food blogger capita than any other).

Whether you fancy yourself as a gourmand or simply want to see how the other half live, here are some fancy food picks for when you want to splurge, show off and step it up a notch – or if you’re simply not paying. 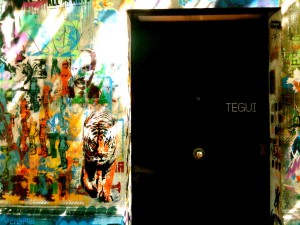 I’m going to start with Rosa Negra, because it allows me to 1. namedrop and 2. suggest somewhere in the most affluent district in Buenos Aires Province, San Isidro. At this classy restaurant the high quality Argentine fare is spectacular, the decor decadent and the service classy (love a white tablecloth, me), but that’s nothing compared to the clientele. I got invited by Leandro Penna and Katie Price – yes, Jordan (weirdly, this is true). The paparazzi were waiting when we arrived. A few minutes later Bono and The Edge turned up. At the next table was Argentina’s top sports presenter. Were these dream dinner party guests? Unlikely. Was it dream food? Definitely. (Katie was convinced the paps were there for her.)
www.rosanegraargentina.com.ar

Sushi is muy de moda in Buenos Aires and when it comes together with nearby(-ish) Peru’s ceviche at Osaka, it’s a match made in fishy heaven – and a welcome change from steak. It’s this zesty, tangy fusion food at its finest that I dream of when I’m not in Buenos Aires. Dine in the snug sushi and cocktail bar downstairs, or the patio deck with its perfectly pretentious Palermo crowd. Enjoy the tiradito, wafer-thin carpaccios with lime juice and a creamy spicy sauce, and salute the sesame salmon, which many have said is the best raw fish they have ever had in their life. Nobu, I am cheating on you.
www.osaka.com.pe 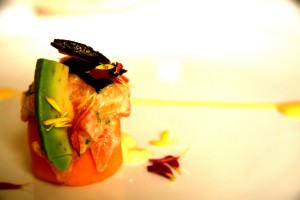 That Peru loves to get around. At A&G it gets into bed with France for a fusion that will have you saying “Ooh la la, madre deus!”. Brought to you by the Peruvian gastro-celeb that is Gastón Acurio, this is one of Argentina’s top restaurants. Set in a French mansion in Palermo Botanico, the masterchef added more and more of his country’s cooking style to the classic bistro template, until people lauded dishes such as his tiraditos de salmon as a “Mariachi-Geisha-Inca party breakdancing in your mouth!”. It’s imaginative, has crystal chandeliers and suited and booted waiters – and now more have opened up around South and Central America.
www.astridygaston.com 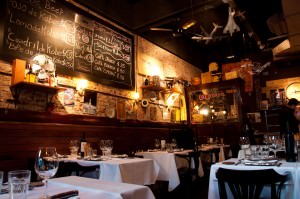 This is Buenos Aires’ most talked about parrilla – and with good reason. The brick walled, bistro style steakhouse is a meat market, rammed with tourists, and an incredible, super-sized spread. That is why it remains a Palermo Soho classic, especially for people-watching on the outside corner. Although pricier than many nearby restaurants, its USP is that the incredible steaks come with an abundant smorgasbord of sides – from pumpkin purée to aubergine salad. Make sure you try the provoleta de queso de cabra (grilled goat cheese) and get there early, or very late, as there can be a long wait. I don’t think I’ve met anyone who’s visited Buenos Aires and not eaten here. Why rebel?
www.parrillalacabrera.com.ar

HG RESTAURANT: The Hotel for the Gourmand 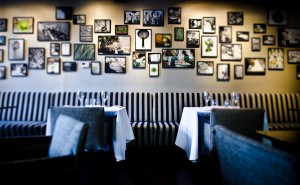 Located in Fierro Hotel, chef Hernán Gipponi changes his tasting menu seasonally and its freshness and presentation forced me to pap my plates. The red mullet with chili, cucumber & pistacchio vinaigrette was a culinary artwork, the white salmon with black quinoa came with a ‘squid cloud’ (who doesn’t love a squid cloud?) and the sophisticated Iulo mousse with caramelised pumpkin seeds was a textural delight. Then to the booze – wine pairings, carefully selected by executive sommelier Andres Rosberg, left us unable to say ‘wine pairings’. Dangerously, as well as a well-stocked wine cellar, the Rosberg brothers have international imports, including Pimms. Fancy a swim after lunch? The 7th floor pool on the roof overlooks Palermo Hollywood. We stayed in the tropical looking garden out back and swam in cocktails instead.
www.fierrohotel.com/restaurant 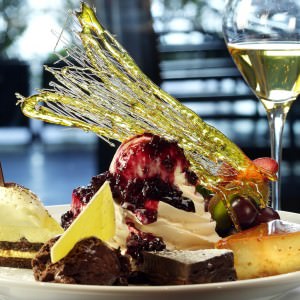 Puerto Madero’s Las Lilas is for those who are happy to flash the cash. Known as being for a “dollar heavy crowd”, it has a rep as the finest parrilla in Buenos Aires – with a huge wine list and awesome service. It even boasts its own private ‘estancia’, a free-range ranch of grass-fed cows (in the Pampas, not the capital, don’t be ridiculous). Sit in the elegant wood-and-leather room or on the deck. Warning: don’t fill yourself up on the salad bar and table cover of superb breads, cheese, olives and peppers. You want to do justice to the beef and leave a happy cow, rather than leave any happy cows (see what I did there?)
www.laslilas.com

If we are what we eat, we’re pretty posh right now.

One response to “Top Restaurants for Fine Dining in Buenos Aires”