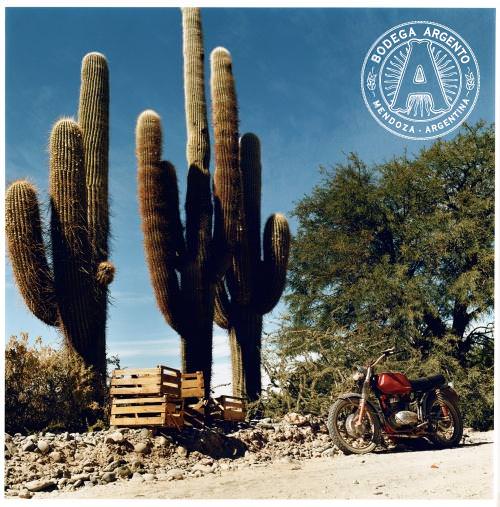 If you have made it all the way to Argentina, you really should try and find time to visit Salta – home of the highest and perhaps most spectacular vineyards in the world. But be patient – arriving in the provincial capital of Salta after the flight north from Buenos Aires is barely the start. It is a good four hours drive to the town of Cafayate and the fertile Calchaquí Valley – the main wine region of Salta. Along the way you will probably despair of ever seeing a vineyard. The fields of maize and tobacco that surround Salta soon give way to desert where nothing grows save giant cacti flicking V-signs at the sky.

Forget about wine, this bone-dry landscape with its backdrop of red rock canyons is clearly the set of some spaghetti western. Shut your eyes and before long Ennio Morricone’s famous theme tune will come whistling into your head. 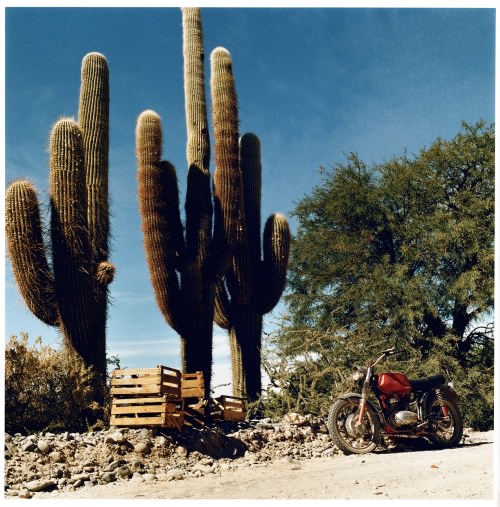 Yet this, the most northerly Argentina wine region, is probably where it all began. It was here that Jesuit missionaries first planted grape seeds from Peru in the 1550’s, having failed with an earlier attempt near Buenos Aires. The reason they succeeded was surely down to the altitude of the vineyards which tempers the ferocious heat and allows for cold nights even in mid-summer. In the Calchaquí Valley it can easily swing from 38°C (100°F) at noon to a cool 12°C (54°F) around midnight, while during the short winter it can plunge as low as –6°C (21°F) at night.

Cafayate’s vineyards are at 5,600 feet (1,700m) – nearly 2000 feet above those of the Valais in Switzerland, the highest in Europe. But if that is not enough, strap on your crampons, grab an oxygen mask, and head for the El Arenal vineyard on the Colomé estate in another even more remote valley in Salta. At 10,027ft (3,111m) El Arenal claims the current world record in the altitude stakes, though this contested by Bolivia. 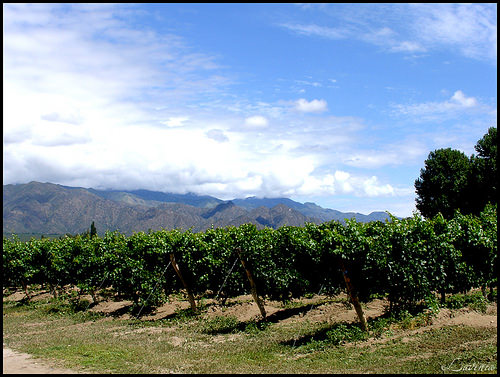 Salta is tiny compared to other Argentina wine regions, and produces little more than 1% of Argentina’s wines from its 5200 acres (2000 ha.) of vineyards. Its claim to fame however, is its often stunning Torrontés, the exotically perfumed white grape that Argentina excels in. And though this variety is widely planted across wine regions, it seems able to reach some kind of aromatic perfection here. At least when treated with care in the vineyard by keeping its vigorous yields in check, and in the winery by doing everything to preserve the wine’s innate freshness and perfume.

Yet interestingly some of the most exciting wines recently coming out of Salta are the reds. Again, by using high altitude to its best advantage, producers are extracting incredible colour and concentration from varieties likes Malbec, Syrah and Tannat – a little-known grape, originally from South-West France. As well as varietal wines, there are some stunning blends being made. The best have a delightful purity of fruit, where the alcohol and tannin are tempered by an invigorating natural acidity.

Of course none of this happened overnight. In fact until recently the wines of Salta were often quite clumsy and overblown. Just having great natural advantages alone is wasted unless there is the expertise in the vineyards to know how best to train the vines, when to irrigate, when to prune and so on. And then to have the skill in the cellar to bring out this potential in the wines. The last ten years have seen quite a revolution in quality, and if this continues Salta could become one of the most exciting wine regions in the world.