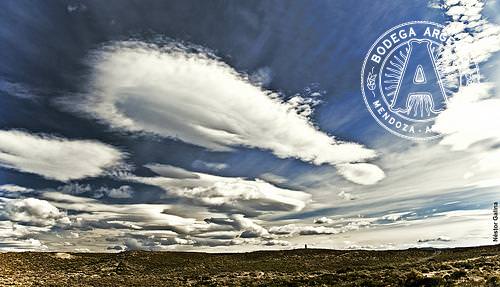 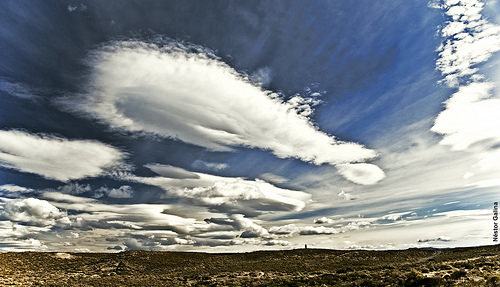 It is fair to say that the southern cone of Argentina is not immediately synonymous with wine. Instead, for those that know it, Patagonia – conjures up images of wide prairies, isolated sheep farms, lakes and forests. It is landscape of lonesome beauty scoured by the constant wind, which stretches south until it finally reaches the frozen tip of Tierra del Fuego. Here the great Latin American landmass tapers into the sea, its spectacular glaciers pointing the way to the South Pole. For millions of others however, Patagonia is simply just a brand of outdoor clothing.

Yet this may well change if Argentine wine producers in Rio Negro and Neuquén have their way. These neighbouring provinces, an overnight bus ride south of Mendoza, share the same latitude and climate. The dry, clean air and long, cloudless summer days are perfect for growing grapes, but in other respects their stories are very different.

Wine has been made here since the late 19th century when the railway first arrived to connect this remote province with Buenos Aires. The track was laid by a largely immigrant workforce of engineers and labourers, many of them Italian. Some chose to settle here in a natural oasis known as the High Valley – a narrow strip of land, 370m up, that is watered by irrigation from the main river – the Rio Negro.

The British, who owned the railway line, realised the land was ideal for growing apples and pears which could be shipped to England when such fruit was out of season. Meanwhile the southern Europeans, no doubt missing their wines from back home, decided to plant vineyards which have grown beside the orchards ever since. Wine production has always fluctuated depending on the relative demand for soft fruit – if the price of apples increased, interest in vines would decline, and vice versa.

At its peak in the 1960s, the province had almost 30,000 hectares of vineyards, whose wine supplied Argentina’s lake district hotels and ski resorts around Barriloche. Today much of this wine now comes from Mendoza, and there are only 3000 hectares planted in Rio Negro. But while the quantity has shrunk dramatically, the quality has undoubtedly improved.

As well as Malbec and Cabernet Sauvignon, Rio Negro is gaining a reputation for its Merlot, Semillon and especially its Pinot Noir which seems to flourish in the region’s extended growing season where the grapes generally ripen twenty days later than in Mendoza.

This is the world’s first new wine region of 21st century, that has been, almost literally, carved out of the desert. The 3200 hectares of vineyards are planted in an area called San Patricio del Chañar, some 50 miles (80 km) west of Rio Negro’s High Valley. Having convinced themselves that the climatic conditions were very similar, a group of investors decided to install the one ingredient missing, namely – water. Without which, the last real sign of life in these parts had been the dinosaurs.

The group built a canal to carry water from the Neuquén river and connected it to a 6,500 km network of irrigation pipes, before planting the vines. Suddenly a stretch of land that had been barren for millions of years burst into life with vineyards of Syrah, Cabernet Sauvignon, Malbec and some very promising Pinot Noir.

“We’re a wine region under construction,” concedes Julio Viola, one of a handful of producers involved, and with just a few vintages under their belt it is early days. But so far the results have been impressive, which is all helping to put the wines of Patagonia on the map.