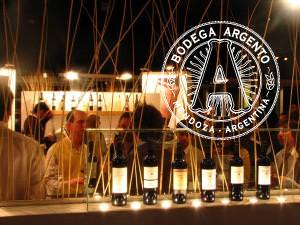 Late September in Buenos Aires – the jacaranda trees will be clothed in purple blossom, the football season will be in full swing and around 50,000 producers, traders and keen drinkers of Argentina wine will be converging on the La Rural exhibition centre for the city’s annual Feria Vinos y Bodegas (Wines and Wineries Fair).

The fair, which will be held from 22–25 September, is marking its tenth anniversary in 2010. Over the last decade it has grown into the biggest and most important event on the Argentina wine industry calendar, apart from Mendoza’s Vendimia harvest festival.

Around 50 bodegas will have stands at this year’s Feria, ranging from household names like Norton and Chandon to smaller, so-called ‘boutique’ bodegas (there’s a full list of participants here). Most will be offering tastings of their latest cosecha (vintage), and while it will be beyond the constitutions of most people to sample even a fraction of the 1,000 or so wines on offer during the five hours each day (6pm-11pm) in which the fair is open to the general public, that needn’t stop you giving it a damn good try. 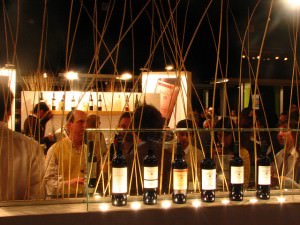 As well as the serious business of doling out gallons of wine in monogrammed glasses to thirsty punters, the fair does plenty of plain old serious business too. Several hours of each day are reserved for trade professionals, who flock to the fair to check out new labels and cut high-value export deals. Expect them to have a spring in their step. According to data collected by the consulting firm Caucasia Wine Thinking (quoted here), Argentinian wine exports to the United States exceeded those of neighbouring Chile in the first quarter of 2010 – an unprecedented surge.

To adapt Dr Johnson’s observation about London, it’s fair to say that he who is tired of Malbec is tired of life, but the Feria’s organisers are keen to stress that not all of the event’s proceedings are booze-centred. Extra-curricular happenings include live bands, cooking demonstrations and olive oil stands, as well as beautiful young women handing out sponsored goodie bags and plenty more of those trade-fair gimmicks beloved by anyone who’s ever pinned on a name badge. New for this year’s fair is the Espacio Guia Oleo, a kind of gourmet food court developed and run by BA’s leading restaurant listings website. The space will incorporate dozens of the city’s top restaurants who will be offering finger-food samples that will doubtless be a cut above cheese and crackers.

Tickets to the event cost AR$85, which equates to around US$20. You can track the build-up online by going to the official Vinos y Bodegas Facebook page or by following the Twitter feed for the latest updates.