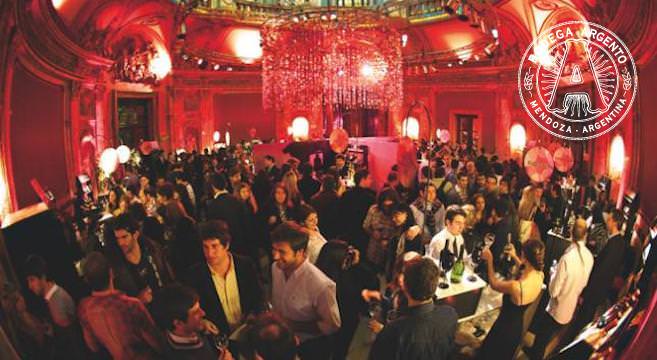 You know it’s almost spring in Buenos Aires when wine fair season kicks off – it’s either the jacaranda in bloom or a small glass of fermented grape juice. From wines with altitude to bubbles only, mix and match these wine fairs to suit your palate. Or simply rock up to them all! Here’s our rundown of Argentina’s wine affairs calendar for 2014.

3-5 September, 190 pesos
The flagship event of this Argentine food and wine mag, Cuisine & Vins Expo kicks off wine tasting season with a whopping 300 wineries pouring their wares at the Plaza Hotel for three days. This fair gives these top-end bodegas the chance to show off the 2014 harvest with some whites and rosés, as well as vintages from other years. Expect to see big name bodegas as well as some smaller folks with a smaller radar presence. Although this event started on 3 September for particular credit-card holders, other cash-paying mere mortals can dip into sips on 4 & 5 September. Also look out for tasty treats from top chefs such as Sofitel’s Olivier Falchi and Ralph’s Hernán Taiana. Bodega Argento will also be representing, so drop by to sample wares such as Cabernet Sauvignon, Bonarda, Pinot Grigio and Chardonnay and of course Malbec. 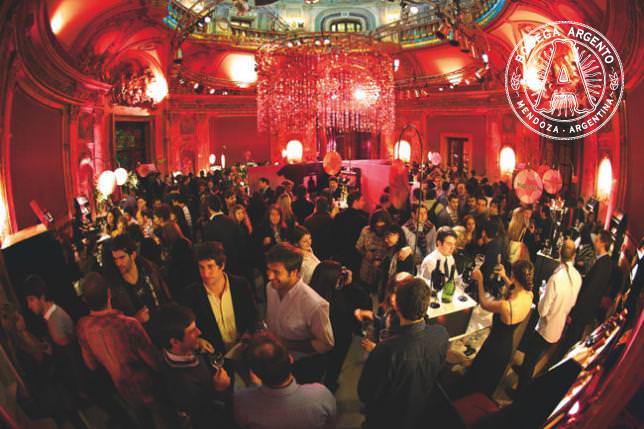 29 September to 5 October
Although this isn’t a fair as such, it sure does involve wine. A week-long event, Semana del Vino is set to be a national extravaganza and will also include Argentina’s largest mass wine tasting, an organisational challenge if ever there was one. Dozens of restaurants will offer well-priced by-the-glass lists so that grape fans can delve into something different. Some restaurants involved in Semana del Vino include Aldo’s, Algodón Club & Wine Bar, Aramburu Bis, Astor, Green Bamboo, Guido, Las pizarras, Le Grill, Restaurante Museo Evita, Novecento, Per Se, Ralph’s, Social Paraíso, Tarquino and El Casal de Catalunya. 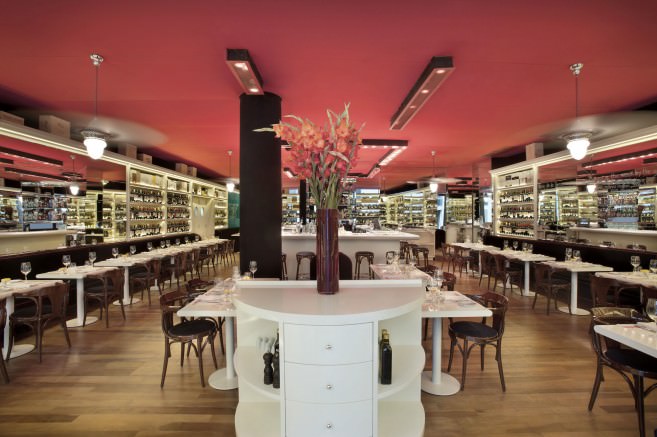 Then, as part of Wine Week, the country’s largest tasting is due to take place simultaneously at 50 wine stores and bars on 1 October. This tasting first will be held at Winery, Vinology, Alma Terra, Vinoteca 1912, Alma de los Andes and Puro Bistro among others. Those of you in Palermo should head to Pain & Vin, where I will be co-hosting the wine store’s event with sommelier and owner Eleonora Jezza in English. And if you can’t physically make it to Argentina, sommelier Mariano Braga will host a virtual tasting on Twitter.

8-9 October – Buenos Aires
17 September – Córdoba
One characteristic of Argentine wine that makes it stand out from its other New World counterparts is that many vineyards are located at altitude. When 600 metres is considered lofty in terms of grape growing in most parts of the world, imagine how 1,700 metres or even 2,500 metres are perceived. Salón Vino de Altura brings together wineries from the highest parts of Salta, allowing Argentina’s most altitudinous wines to shine under one roof. 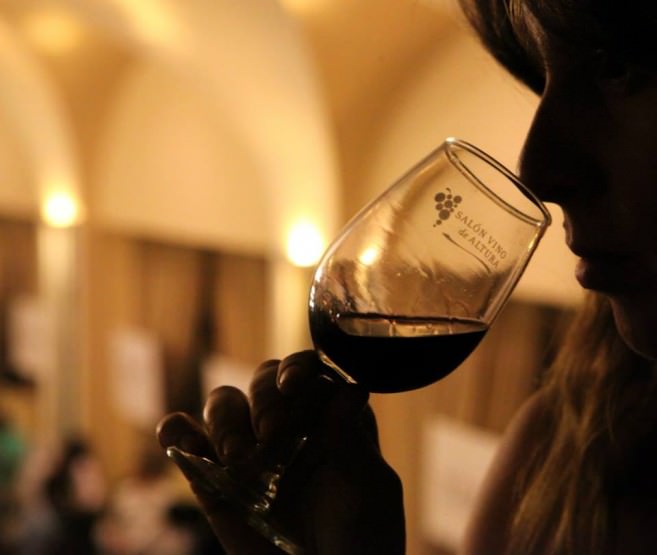 16-19 October
While Masticar is essentially a fair dedicated to fare, it also deals in the sacred grape. CAVE wine school hosts Masticar’s Wine Tunnel, a walk-through wine flight dedicated to around a dozen premium wineries. If you’re still standing by the end, start over. If you can just about walk by the end, you’re in the best condition to handle the inevitable crowds that Masticar’s celebrity chefs such as Narda Lepes and Germán Martitegui attract. Fancy a change from grapes? Lager and IPA fans should head to the Beer Tunnel for hops to make you drop. 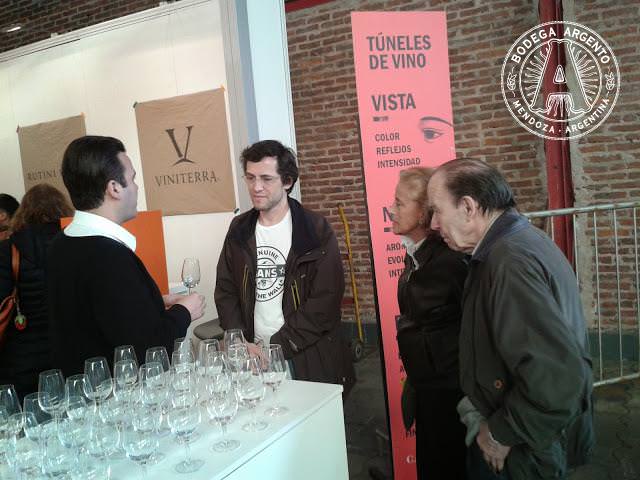 Mid-October
This fair is all about the bubbles – natural bubbles, induced bubbles, indeed anything with a pop and a fizz to it. While the date and location hasn’t been confirmed as yet, the highly popular Sparkling Nights usually takes place at the PanAmericano Hotel downtown in October. And why’s it so popular? Because the fizz serves to enhance the Argentine libido and it turns into quite the pulling parlour… Keep an eye on Planeta Joy for more details. [Update: Sparkling Nights now has a date and will take place 22-24 October at the Panamericano Hotel.] 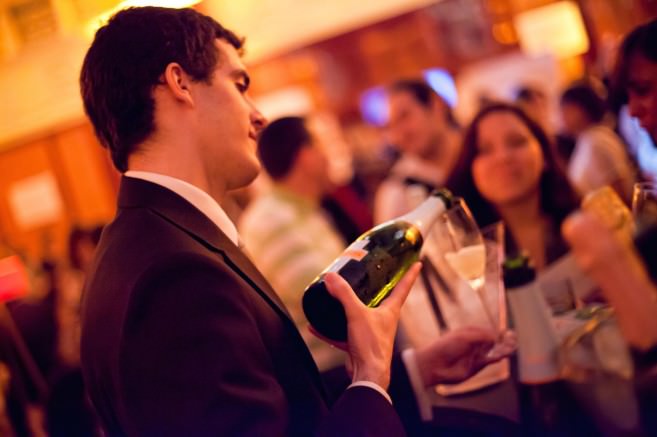 30 October-1 November
One of the largest wine events of the year, Expo Vinos & Bodegas is so vast that only La Rural can host it. Now in its 14th year, wear comfy shoes for traipsing up, down and around the dozens upon dozens of tasting booths. Expo Vinos & Bodegas is also a good place to learn how to spit wine – being a pro doesn’t mean you can drink more but know how to sample more – so practise at home into a sink so you can spit it into buckets in public without any humiliating dribbling. Also expect gourmet food tastings, DJs and cocktails – the overall vibe is friendly with a wide mix of wine lovers in attendance. 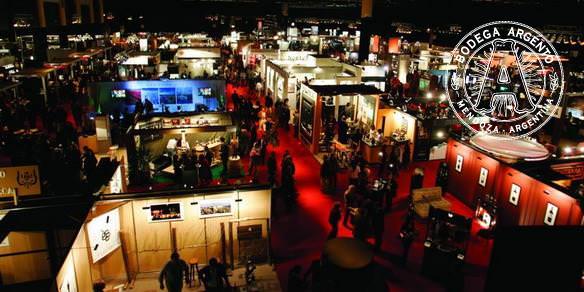 3-7 November – Buenos Aires
23-25 October – Rosario
Probably the swankiest event in the Buenos Aires wine calendar, Vinos de Lujo does exactly what it says on the tin. Only the finest array of Argentine vintages make the cut at host venue Alvear Palace Hotel, two sure signs that this is a high-end affair. Thanks to the top-notch blends and varietals wineries unleash at this event, expect to rub shoulders with serious wine buffs or simply the extremely wealthy. One of the most greatly anticipated events in the calendar organised by El Conocedor magazine, this event is a must and worth the price tag to tap your tastebuds into Argentina’s finest grapes. 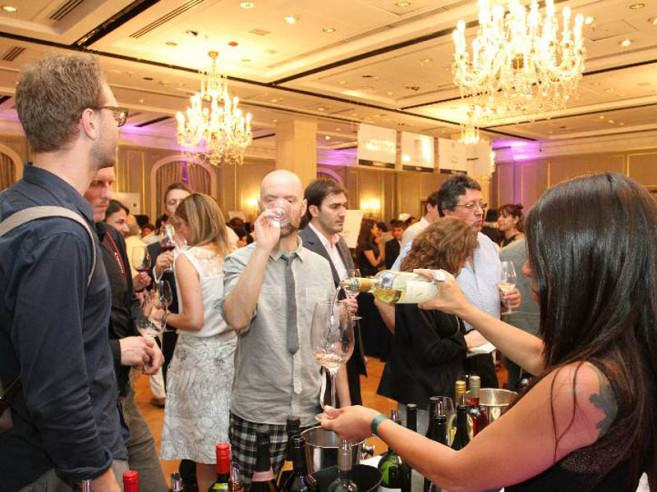 One response to “The Best Argentina Wine Fairs of 2014”