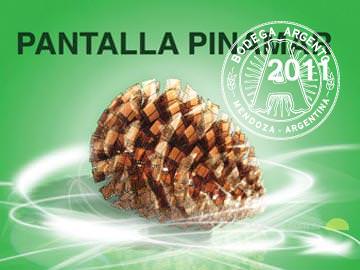 Combine catching some rays on a near-secluded beach by day and watching a host of Argentine movies by night, and you’ve got a fabulous vacation stuffed with culture at your fingertips thanks to Pantalla Pinamar 2011 film festival.

Perfectly timed for when summer reaches its final credits at the coastal resort 360km south of Buenos Aires, films buffs (bikini body optional) should travel to the Argentine-European fest, called “a jewel in the Argentine film festival calendar” by INCAA film institute president Liliana Mazure, which is in its seventh year. 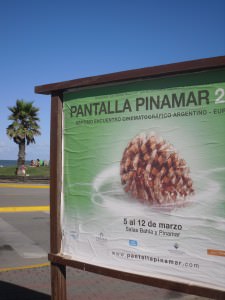 Now the porteños have returned to their high-rise habitats, the pine forest lining extensive sandy beaches is crying out for one final fling. Pinamar and its neighbours Valeria del Mar and Cariló are renowned for cosy hotels nestling among pines and eucalyptus, sandy streets and tucked-away spas. The area is the antithesis of city life – and given Pinamar’s compactness, the perfect host for a fledgling film fest. The cinemas and the sea are a block apart, so if the day proves to be a scorcher you can beat a hasty retreat to an AC-ed picture house.

With relatively safe Atlantic waves to dip into, which are warmer than their Mar del Plata counterparts, there’s always an opportunity to try surfing, kayaking or kite surfing. I even checked out two guys SUPping – stand-up paddle surfing.

The opportunities to get back to nature in Pinamar are endless. You can ride a pony through breaking surf, buzz over dunes on a quad bike or simply splurge at the boutiques selling off summer stock. It might be the tail-end of the high season, but March is really the best time to travel to Pinamar. No hustle or bustle, no queues – and everything’s a bit cheaper.

Speaking of economical, this must be the best value Argentine film festival going, as you can pick up 10 tickets for the utterly bargainous 30 pesos. That’s right, it costs three pesos to see a movie. “Like”. 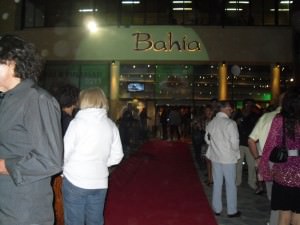 Pinamar rolls out the red carpet – Photograph by Sorrel Moseley-Williams

One of 70 Argentine film festivals in 2011, although it doesn’t compete with the grandiose Mar del Plata (Latin America’s only class A international festival), or indie movie haven Bafici, Pantalla Pinamar (Screen Pinamar, which is held from 5-12 March and ties in with the extended four-day carnival weekend) does still manage to roll out the red carpet, hosting 13 films in the national ‘And The Winner Is’ competition, and this year even brought Bollywood to the Atlantic coast (which explains the sari-clad dancers rehearsing at my hotel).

Pablo Solarz’s directorial debut Juntos Para Siempre (Together Forever), a rom-com set in Buenos Aires which took six years to make, opened proceedings to much raucous cackling from spectators. Although Pantalla Pinamar is an Argentine-European gathering, its programmers make a concerted effort to pick local cinematic essentials from the past 12 months as well as premieres.

One gem on the agenda is Santiago Loza and Ivan Fund’s Los Labios (The Lips), a reality-imitating-art-imitating-reality docudrama. Filmed on a US$3,000 budget, Los Labios was selected for Cannes 2010’s Un Certain Regard category and is due for release in Argentina in April 2011. Watch the trailer below:

Other actors at the beachside festival include Andrea Lowe from Ken Loach’s Route Irish, due for UK release on 18 March, and Bollywood’s Monica Dogra, who travelled three days to be at Pantalla Pinamar for 24 hours to promote Dhobi Ghat (Mumbai Diaries).

Talking about the Pantalla Pinamar experience, Lowe says: “To represent Route Irish in Argentina is great and as an actor you need good experiences. I’ve met some brilliant people and been introduced to films I’d never have seen. It’s refreshing to see that people are enthusiastic – Argentines are more interested in political films than the British.”

Go minimal for Pantalla Pinamar – all it requires is sun lotion, swim wear and a festival catalogue, so travel to the glorious coastline and prepare to go square eyed. Beats sweating out the end of summer in the city.