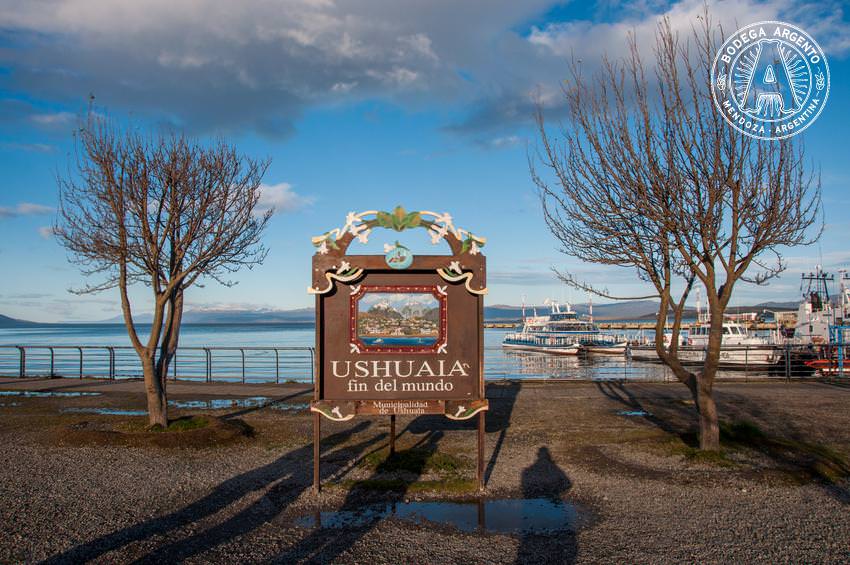 If you’re not aware that Ushuaia is the world’s most southerly city by the time you arrive, you’ll learn pretty quickly. The capital of the fabled Tierra del Fuego is not shy about its ‘End of the World’ boast – it’s emblazoned onto anything that stands still for more than five seconds, from penguin-shaped pottery to all manner of nautical trinkets. 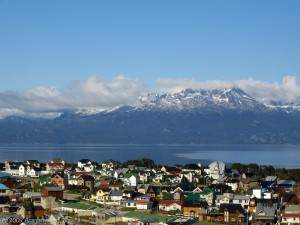 Beautiful view over Ushuaia – Photo by Deanna Keahey on Flickr.

However, there’s more to The End of the World™ than souvenir shopping. If you’ve got your sights set on Antarctica, this is your jump-off – the frozen continent is just 1,000km (approx. two day’s passage) across the Southern Ocean. Of course, most passengers who arrive in Ushuaia will already have nailed down a place on one of the array of cruises, usually at vast expense – single-ticket prices running well into the thousands. If you can hold your nerve, there are some great last-minute deals to be had through Ushuaia Turismo, especially at either end of the November-March tourist season.

A day with the penguins might seem pedestrian in comparison, but we defy you not to fall in love with their purposeful, geriatric waddling – especially if you visit in December or January, when the newly hatched chicks emerge from their nests. There’s a line-up of huts on the seafront offering nature-watching trips out into the Beagle Channel, taking in colonies of cormorants and sea-lions from large boats, but Pira Tour is the only operator that stops at the penguin rookery, where the small group can wander among the birds. 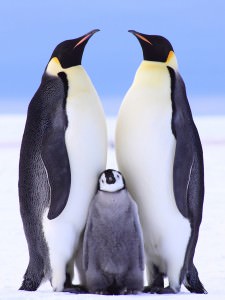 Penguins in the Antarctic – Photo by Anne Fröhlich on Flickr.

Land-lubbers, meanwhile, can gaze into the icy waters of the Beagle Channel ‘til the blood freezes in their veins, before taking on more adrenaline-charged challenges. Don’t visit in July, August or September without taking full advantage of the pristine powder at Cerro Castor ski area or the smaller (but closer) Altos del Valle. In the summer months, from November to March, the ascent of the Glacier Martial poses a full-day challenge (you can take a cab or bus), but the views at the top are well worth the exertion, or the fare. Alternatively, head to the nearby Parque Nacional Tierra del Fuego, where day treks through the virgin forests are spectacular at any time of year, but best in April and May when the hillsides glow with autumn colours. You can pick up maps at Club Andino Ushuaia.

As you’d expect, the weather in this part of the world is as erratic as it is fierce, so rain/snow contingency plans are essential. Don’t be put off by the low-key look of Ushuaia’s museums. It takes less than an hour to sweep round the Museo del Fin del Mundo, where you’ll read tales of Cape Horn’s famous shipwrecks; and Museo Yámana, where you’ll see how the indigenous tribes of the Tierra del Fuego coped in the harsh conditions (from the reassuring cocoon of your thermal underwear). Then reward your studiousness with a hot chocolate at the cosy Almacen Ramos Generales or something stronger at Dublin – yes, you’ve guessed it – the world’s most southerly Irish pub (a favourite with frozen gringos).

Ushuaia is 3,000km from Buenos Aires, so unless you’re planning to wind across the Tierra del Fuego into Patagonia, the sensible option is the three-hour plane ride back up the coast. But however you’re leaving, don’t do it without sampling the local speciality, king crab (centolla). You can stick a fork in it among the nautical bric-a-brac of seafront Volver, or, for a real treat, up the hill at Kaupé, where gourmet cooking is served against killer views of the Beagle Channel. It’s a stunning spot for a last-night supper. And not a penguin souvenir in sight.

For flights to Ushuaia from Buenos Aires, visit www.aerolineas.com.ar.

2 responses to “Ushuaia Tourism: What to do in the ‘City at The End of The World’”