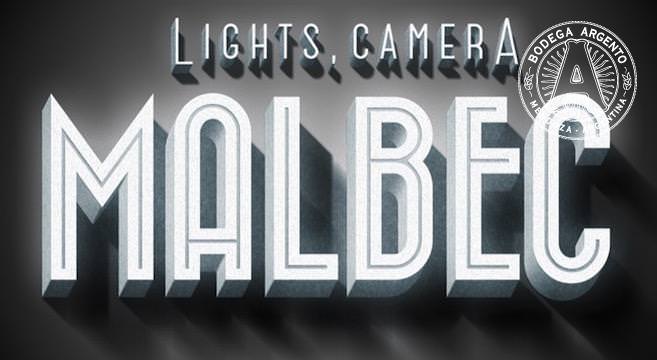 Given its big, bouncy personality, Malbec naturally throws a party for itself every year – and why shouldn’t it? Every 17th of April – the date a bill aiming to found an agriculture school was sent to Mendoza’s legislature back in 1853 – we celebrate Argentina’s most popular adopted grape with Malbec World Day. But what if Argento Malbec is sold out (heaven forbid!), or you’re pregnant, or under doctor’s orders to give booze the red light? Here are some alternative ways to celebrate Malbec without the alcohol. 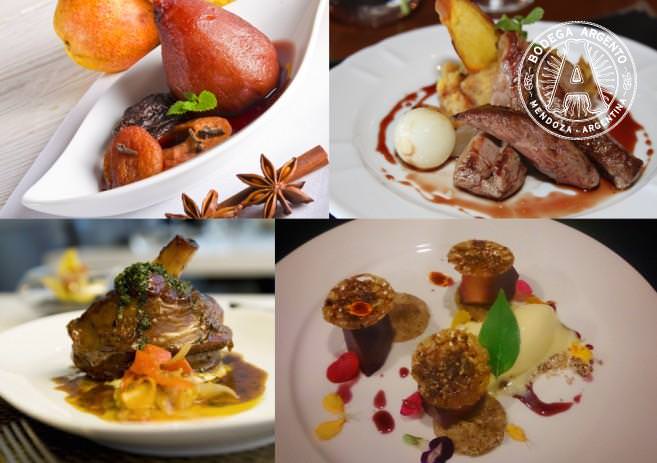 Chefs galore enjoy cooking with wine, and Malbec proves its versatility when it comes to all manner of dishes as well as desserts. If you’re in Buenos Aires, it’s worth checking out some of the following restaurants. Sardinian chef Daniele Pinna at La Locanda in Barrio Norte whips up Fegatini alla Nuorese, liver sautéd with onion and Malbec. Chizza’s Franco Malacisa in Los Cardales makes a mean Malbec-braised osso bucco served with veggies and buttered risotto. Puerto Madero steak house king La Cabaña takes lamb fillet to new heights with a caramel sweet potato purée with mint perfume and a Malbec salsa. Ignacio Ortiz de Rosas at Río Café also plays with lamb, braising it in the sacred red and serving it with crunchy semolina, roasted onion and spinach. As for desserts, Edward Holloway at Palermo Hollywood’s Uco has recently added quince cooked in Port-style Malbec, hazelnut frangipane and white chocolate semi freddo to his menu, while classic Almagro bodegón Don Carlos serves up pears al Malbec.

In a small garage in Perdriel, Luján de Cuyo, Mendoza, sisters Graciana and Eloisa at Vid y Vinos make a top-notch balsamic vinegar much more akin to a Modena style than most Argentine versions. The winemaking siblings extended their knowhow to this complex condiment – the word comes from the French vin aigre or sour wine – several years ago and age Malbec grapes harvested from their finca Vista Flores in Uco Valley in oak barrels for four or six years at the bottom of Graciana’s garden. They also make a flavoured salt with local herbs and spices, and I assure you you’re in great hands when it comes to their condiments and wine: the sisters’ Vida & Alma Malbec 2012 was a recent recommendation by Jancis Robinson in the Financial Times. 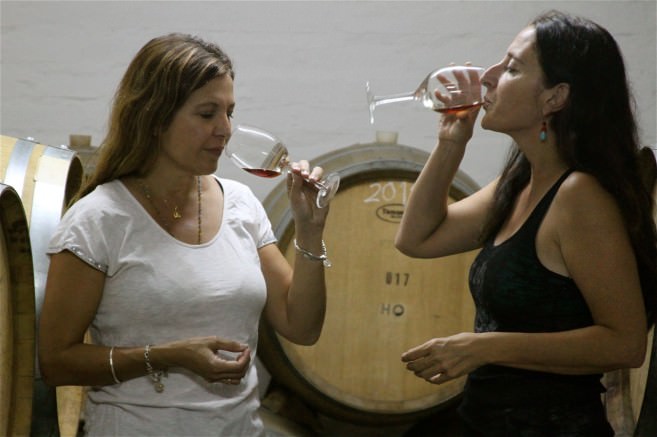 Other foodie goods include a Malbec-infused salt made in the Quebrada de Humahuaca in Jujuy, sold by Colectivo Solidario, a fair trade company that helps small producers sell their wares. You can learn how to make your own version in this video in Spanish. 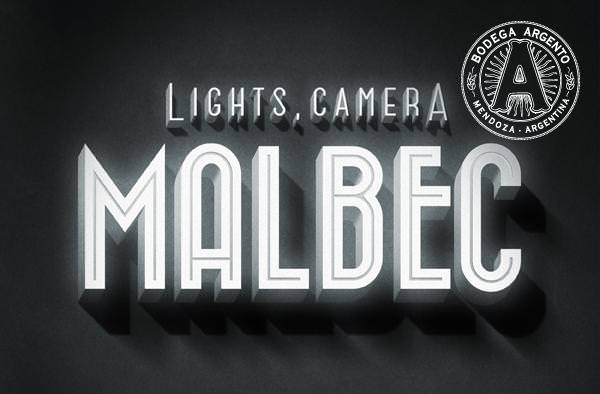 Image by Wines of Argentina.

Over at Malbec HQ aka Wines of Argentina, this year they’ve decided to celebrate our favourite red grape with a series of short films made by Argentine directors. Lights, Camera, Malbec puts our beloved red in the spotlight with three shorts that will be shown at 70 events in 64 cities in 50 countries on 17 April. Cayetana Vidal, who is also a food writer for Noticias, presents Corazón Viñador (Wine Grower’s Heart); Cristian Ludueña offers up Carrusel (Merry-Go-Round); while Amor en barrica de roble (Love In An Oak Barrel) is directed by Hugo Emilio Blajean. Check out more info here.

If you’re in Mendoza, pamper yourself with a grape-based treatment at Entre Cielos wine hotel and spa. Vines and grapes are known for their reviving qualities and the Divino treatment at the hammam will hit all the right knots. Divino includes a 20-minute body exfoliation using grape seeds, a 15-minute wine bath bubbling with grape extract, vitamins and minerals, plus a 50-minute oil massage.

Back in Buenos Aires, Cielo spa at the Four Seasons offers up the Tango Porteño massage, a cultural fusion in the world of treatments. First, enjoy a shoulder exfoliation with a natural product made from the sacred red grape – rich in vitamin E – to the beat of tango before undergoing a hot stone massage backed up by a natural grape oil, proving you don’t have to just drink Malbec to enjoy its anti-oxidising health benefits. 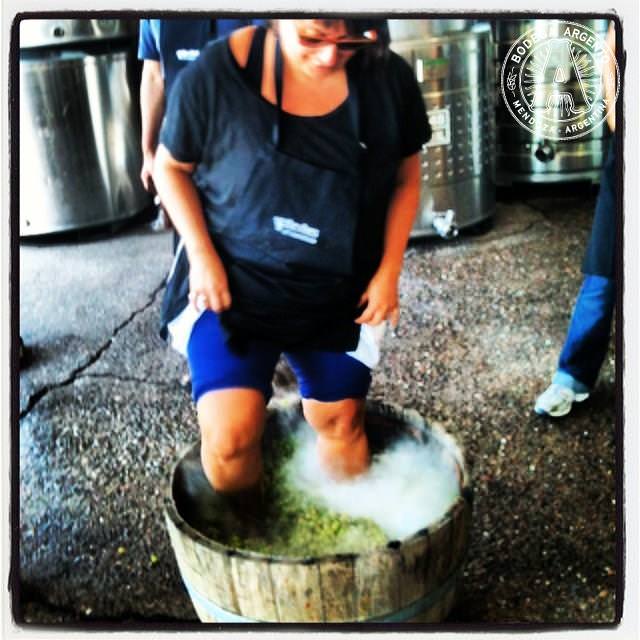 While this isn’t officially a holistic treatment, the pure pleasure that comes from stomping juicy grapes to a pulp is second to none. Squishy, sticky, a little bit rough if a few stems are lurking within the berries, it’s every wannabe winemaker’s fantasy. Rather than buying a pound of big edible grapes from Tesco and crushing them on your kitchen floor in your largest tupperware, The Vines of Mendoza’s wine camp will have you pick then crush these grape babies to death. (It’s okay. It’s in the name of vino!) Given that Malbec is the most planted cepage at this private estate vineyard, the chances that you’ll be stomping it are pretty high. Your romance with winemaking begins here.

One response to “Think Outside the Glass: Other Ways to Enjoy Malbec”