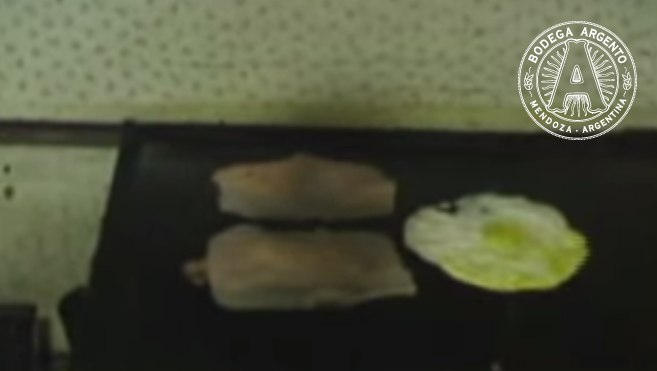 Ahh, the lomito sandwich. In Turkey they have a kebab; in England, well, they have the kebab too; in the US it’s a burger. In Argentina, it’s the lomito. It’s the fast food to go, it soaks up the alcohol, it’s a lunchtime comfort food and it’s a classic.

It is, at its core, a steak sandwich – but a steak sandwich in the extreme. Even the basic ones will have a slab of thin slab of lomo steak, tomato, lettuce, onion, chimichurri (a spicy sauce), mayonnaise and a fried egg. Yep, a fried egg. Oh, and some ham. Ham and melted cheese. And two pieces of bread.

By this time, you’ll have lost the will to even attempt to hold all the ingredients in, despite the light toasting it receives. If the contents aren’t dripping off your elbow within 30 seconds, you’ve been duped by an inferior product. Here is a video of one being made, featuring a suitably apt cumbia soundtrack – if the place you buy it from isn’t blasting cumbia, its officially not authentic.

The beauty of the sandwich is that it’s always open to innovation. Occasionally, you may find one revolutionary (traditionalists will want to look away now) who has put some pork in it instead of the steak – a favourite in neighbouring Chile. Once, I even saw an aubergine slice, but I’d rather not talk about it.

The lomito is not for the faint hearted. But for a population that were given beef ribs when they were teething and have spent the rest of their lives eating meat (at least once a day), it’s no problem. The Argentine people seem to have a metabolism designed for lomito. Indeed, to them, it’s just a snack. But it’s also a comfort food and, in some cases, a passion – there’s even a Facebook page dedicated to this culinary masterpiece.

The lomito is the king of the fast food snacks. It sits above the choripán (spicy hot dog) and morcipán (a black pudding sausage in a bun) both in price and stature. It says “Friday”; it says, “what the hell, life is good, I’m having a lomito”.

But where to get these epicurean delights? This, like the kebab, is seemingly inversely related in quality to the salubriousness of the establishment selling the item. Sure, some upmarket restaurants have tried to make it posh – you’ll probably find it’s been deconstructed and served with a ‘foam of mayonnaise’. The best places to get a lomito are in the carts dotted around Buenos Aires, and there is one place in particular to which almost every porteño will direct you when you ask for the best lomito (just try it!): the Costanera Sur. 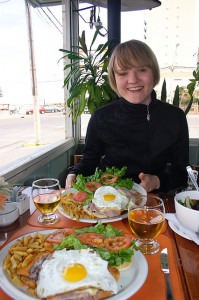 The Costanera Sur is a wide esplanade between Puerto Madero and the Reserva Ecológica Costanera Sur. It’s often busy, and on weekend afternoons and warm days it’s packed with joggers, rollerbladers, sunbathers and, very often, cumbia bands from the shanty towns busking for a few pesos. Everyone is drinking mate. It’s also peppered with lomito vans called carritos (little carts). It’s what you do – have a walk, eat a lomito, drink a beer.

The other place to get good lomitos probably requires the guidance of a local, but that is around Retiro Station. This frantically busy station has all sorts of cheap restaurants and bars, and is the place to go if you ever utter any words like “Buenos Aires is quite European”. This is a stark reminder Buenos Aires is in Latin America. It’s the nearest you can get to the Buenos Aires most people live in, while still downtown. I love Retiro, but most hate it. Either way, it has the cheapest lomitos in the city. 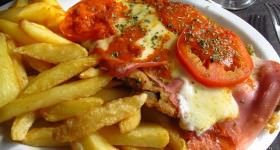 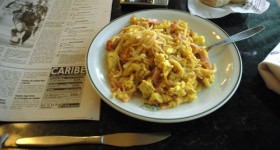 4 responses to “The Lomito Steak Sandwich: a National Treasure”