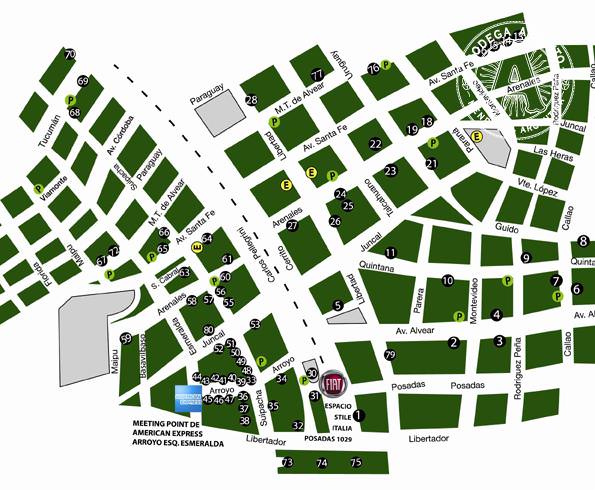 Porteños need little encouragement to deem a day a holiday, set off fireworks or… drink champagne. Any excuse for a party, right? Well, in Buenos Aires you can quaff Chandon, dramatically exclaim ¡qué frío! (very local) and people-watch – all under the umbrella of ‘high-brow’ – by throwing in an art fix.

This year is the 10th Anniversary of Gallery Nights – late night openings which fall on the last Friday of every month until November, organized by art magazine Arte al Dia, adn Cultura (La Nacion newspaper), and the Ministry of Culture of Buenos Aires.

Gallery Nights are free. And like I said, there’s champagne. (Probably a good thing they’re not sponsored by Absinthe – the green fairy would be a particularly ‘arty’ choice… but so 1901.)

A veritable hub for Latin American art, Buenos Aires is chock-full of small scale galleries. Although known for being more traditional, the main art districts of Recoleta and Palermo are showing the bohemian San Telmo that they’ve got a growing alternative side too. Monthly from 7pm until late the galleries open their doors for browsing (and purchasing if you’re really flush and flash).

On 27 August it’s Recoleta’s turn to showcase the best of Buenos Aires art. Wander around and check out the diverse art, live music and free shows across 80 spaces, antique shops, cafes, museums and cultural centres. With over 1200 art pieces, each month attracts about 2500 visitors. Think block party vibes rather than stuffy art function. Have I mentioned the champagne?

Buenos Aires is a late night city. If you struggle with filling that pre-dinner/ boozing timeslot, then why not pick up another aspect of Latin American culture? You don’t even have to be an art lover to enjoy Gallery Nights – it can just be an original way to explore important barrios. Plus, you never know who you might meet.

After more than 5 galleries, you might not remember who you meet…

…or the art either.

Here are some tips to make the most of your Gallery Nights experience:

TIP 1 – 2 GIRLS 1 CUP: Arrive early and hold onto your complimentary Chandon glass as they can run out. ‘Cup-claiming’ can be considered a cultural activity in itself.

TIP 2 – MOOCH: Grab a map from Recoleta’s primary meeting point (on Arroyo at Esmeralda) or any of the galleries – and mosey at your own pace.

TIP 3 – LAZY?: If you have limited time, there are free buses to help you hit all the circuit spots – from Plaza San Martín to Callao and from Tucumán to Libertador.

TIP 4 – TECHNO: Really want to get your Buenos Aires art on? Check the website for more details on individual BA artists and galleries. You can even get mp3 audio-guides.

TIP 6 – ‘GALLERY GOGGLES’: Beware, like beer googles they taint your view. People automatically seem more attractive-slash-intellectual in art galleries – chances are they are not necessarily going home to read Kerouc and listen to Dylan. 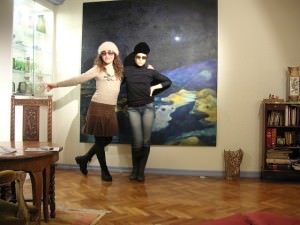 The next Gallery Nights event is 27 August. Check the website for future events, including the September ‘Semana Del Arte 2010’ – which is exactly what it says on the tin, a Week of Art, not just one evening. Oh – and ‘¡Feliz cumpleaños!’ Gallery Nights.

We’d love to hear from anyone who’s been along to a Buenos Aires Gallery Nights event lately – tell us how you got on and share your photos here on the blog – or tweet us @ArgentoWine.

One response to “The Buenos Aires Art Scene: Gallery Nights”