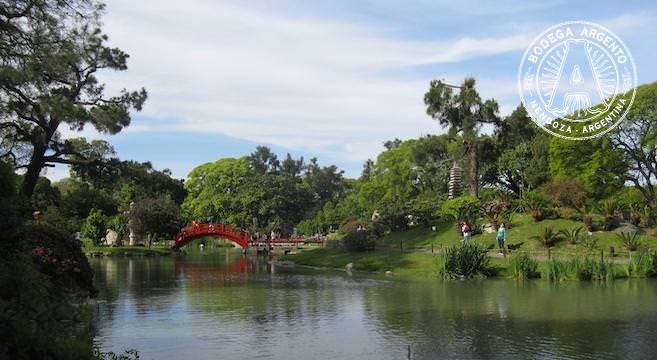 ¡Feliz primavera! In Buenos Aires the grey skies of winter are receding and it’s time to usher in the spring – the perfect time to explore the city. September 21st is Spring Day and all thoughts turn to blossom, romance, snoozing on the grass, and falling in love with the great outdoors.

It’s tempting to think you must leave the city entirely to find some of this elusive green stuff but that would be a mistake. Sure, Buenos Aires has only about 6m2 of open space per person (the World Health Organisation suggests ensuring a minimum of 9m2 per urbanite) but explore a little further and you’ll soon find a patch of grass on which to lay, walk, bike, practice yoga, eat ice cream, or sip Malbec. Read on for our guide to the best parks, gardens and nature reserves in this hectic, heavily urban environment. 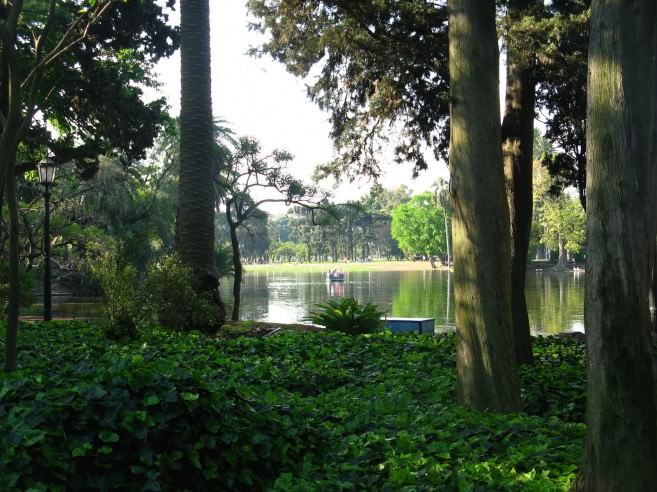 Probably the best known of Buenos Aires’ public parks, 63-acre Bosques de Palermo (also known as Parque Tres de Febrero) offers rose-scented space for everyone. Landscape architect Carlos Thays designed the park and gardens at the end of the 19th century and today you’ll find lakes, cool woodland, springy grass, and manicured paths. September is a sweet time to visit the Rosedal (Rose Garden). At weekends the track that loops the park is closed to traffic, when herds of cyclists spin their wheels, joggers do their laps, and kids meander and topple on roller blades, sniffing out the garrapiñada snacks. 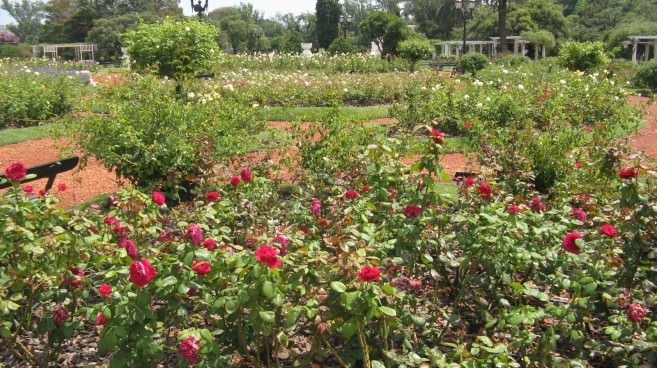 Best for: lovebirds putting on public displays of affection among the pergolas; Sunday strollers; active Porteños; groups of mate-drinking friends.
Avoid: the parks on Spring Day unless you want to hang out with thousands of celebrating teens – Spring Day is also Students Day in Argentina.
Location: between Av. Del Libertador, Dorrego and Figueroa Alcorta. 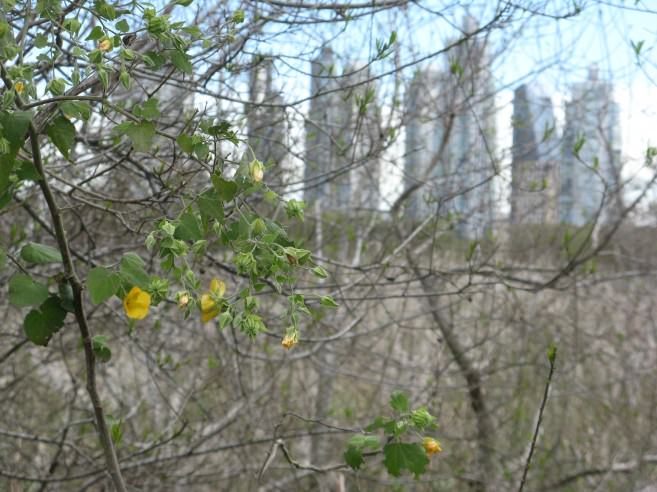 If Palermo’s manicured parks are the place for Porteños to promenade, the Reserva Ecológica Costanera Sur is the city’s hiding place. This 350-hectare expanse of lakes, swamps and forests is the closest you’ll get to wilderness in the city. The Reserve is a few blocks from the city’s financial centre, Puerto Madero, but duck down and you can’t even see the skyscrapers peeping through the thick vegetation.

Between 1918 and 1950, locals flocked here to the Public Beach to bathe in the waters and enjoy a beer on the promenade. But the quality of the water declined and people went elsewhere to swim. The area became a dumping ground before the authorities tried to reclaim the land for building, gave up, and nature took its own course. Thanks to the help of several environmental organisations, the area was declared an Ecological Reserve in the 1980s. 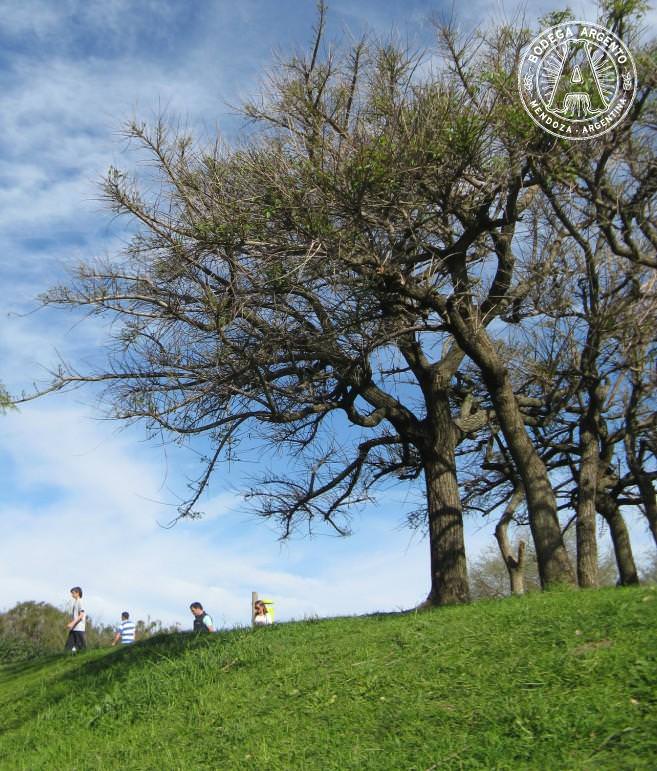 On a quiet midweek visit you hear birdsong not car horns. River turtles, coypu, and iguanas share the space with strolling families, runners, mate drinkers and snoozing office workers. It takes more than an hour to walk around the space without stops, and you can get up close to the muddy waters of the Río de la Plata at the eastern edge of the reserve.

Best for: nature lovers; bird watchers – take your binoculars to chalk up the 307 species of birds in the reserve and try a guided bird watching tour every second Friday – look on the Facebook page for details.
Avoid: the packed Costanera Sur walkway next to the Brasil entrance on weekends unless you want to lose yourself in a crowd of knock-off sunglasses, strolling dogs, and kids on bikes; taking the car anywhere near the same entrance unless you want to lose your sanity looking for a non-existent parking space.
Location: The main Brasil entrance is at Av. España, the south end of Puerto Madero, and the quieter Viamonte entrance is at the north end of Puerto Madero where Av. Córdoba ends. 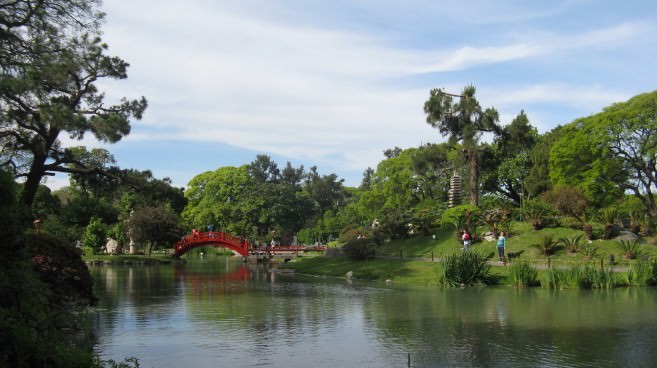 It’s hard not to chill out a little when you’re in the Japanese Garden, even as you are overlooked by the cloud-grazing apartment blocks of Palermo. A short hop from the Palermo parks, the Jardín Japonés is a calm and compact sanctuary where the sun reflects on shimmering carp pond, fuzzy fluorescent bonsai foliage, and the red bridge and Tea House. The Japanese Garden was created in 1967 by the Japanese Embassy which then donated the space to the City to foster a little harmony between cultures on opposite sides of the world. 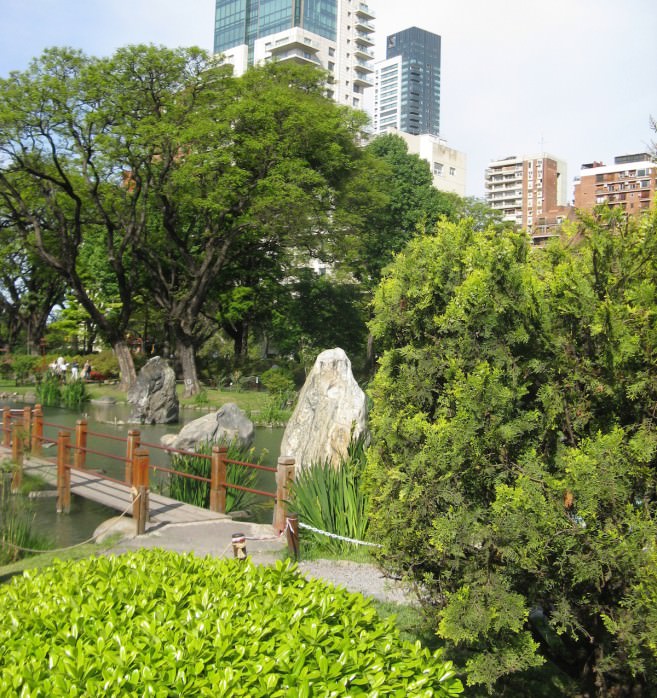 Best for: sushi aficionados (there’s a restaurant within the gardens); visitors seeking a Zen moment.
Avoid: visiting on a weekend if you’re looking for that elusive Zen moment.
Location: Av. Figueroa Alcorta at the corner of Casares, or Casares and Av. del Libertador.
Hours & prices: Open from 10am to 6pm every day. Around AR$32 to get in. 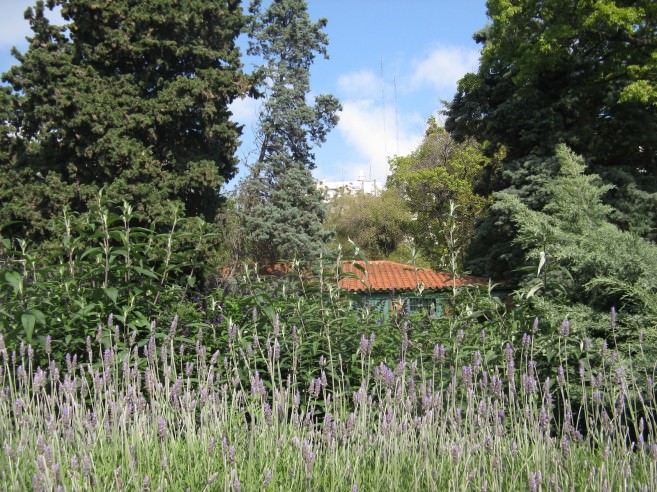 Buenos Aires Botanical Garden has existed as a verdant refuge in the heart of Palermo since 1898. The seven hectares enclose more than 5,500 plant species and while it’s hard to spot them all it’s easier to breathe in the scent of squashed berries, damp earth, and cool leaves. Rest on a bench under a Tipa tree after a hectic morning’s shopping in Palermo’s boutiques, wander through the art nouveau greenhouse with its spiky succulents and cacti, and check out the sculptures including La Primavera fountain. 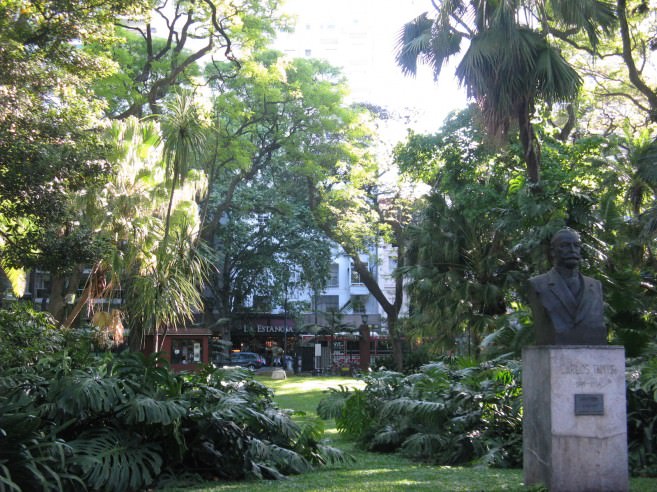 Best for: cats – a clowder of cats congregates in the shade of the Botanical Gardens. There’s a foundation that exists to help protect and rehouse these botanical felines: Comisión Proteccionista Gatos Botánico.
Avoid: stepping on the grass – only the cats are allowed to do this.
Location: Av. Santa Fe 3951.
Hours: Open Monday to Friday from 8am to 5.45pm, and Saturdays, Sundays and Holidays from 9.30am to 5.45pm. 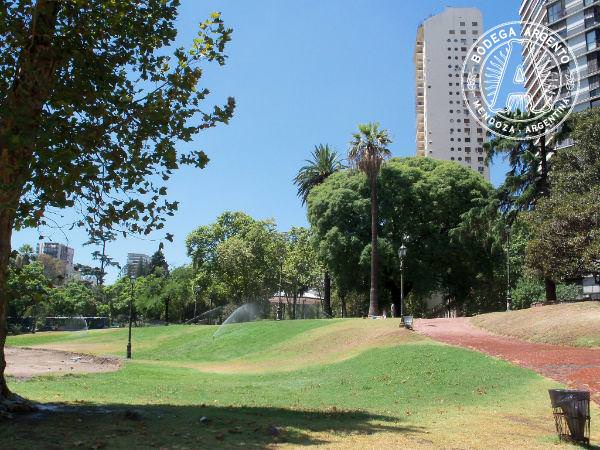 Not to be outdone by Palermo, upscale Belgrano also has its green space. The park is tucked away in the heart of this well-to-do barrio and is impressive for its ancient, twisted trees that muffle the constant traffic, and an elegant bandstand where open-air milongas take place on sultry Buenos Aires evenings.

Best for: stretching out in the sunshine with a book and an helado; checking out the tango talent at the bandstand.
Avoid: if you’re searching for wildlife, unless the local dogs are good enough.
Location: on the corner of La Pampa and Arribeña

Parklife: Four Other Spots to Find Some Space

Parque Centenario (another Thays baby) is between Av. Angel Gallardo and Río de Janeiro in Caballito – great for sunbathers and shade-lovers, joggers, spotting the bright purple Jacarandás in bloom, and open-air studying (the park is close to UBA).

Escape the crowds at the Sunday market in San Telmo at Parque Lezama (corner of Defensa and Brasil). Locals and tourists alike come to walk dogs, gossip beneath the Tipa trees, drink mate, and lie on their back watching the leaves on the trees against the bright blue Porteño sky.

Parque Rivadavia, Av. Rivadavia 4800, is the place to go for second-hand books to read while spread out on the grass catching a few minutes peace. 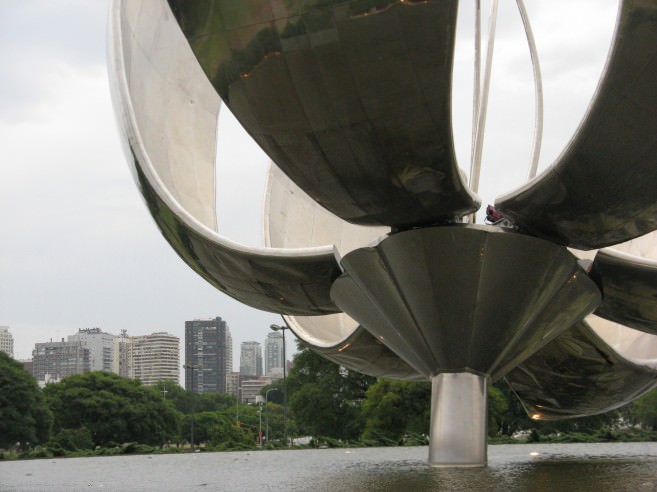 Did we miss any? Where’s your favourite green space in the city? Tell us in the comments below.