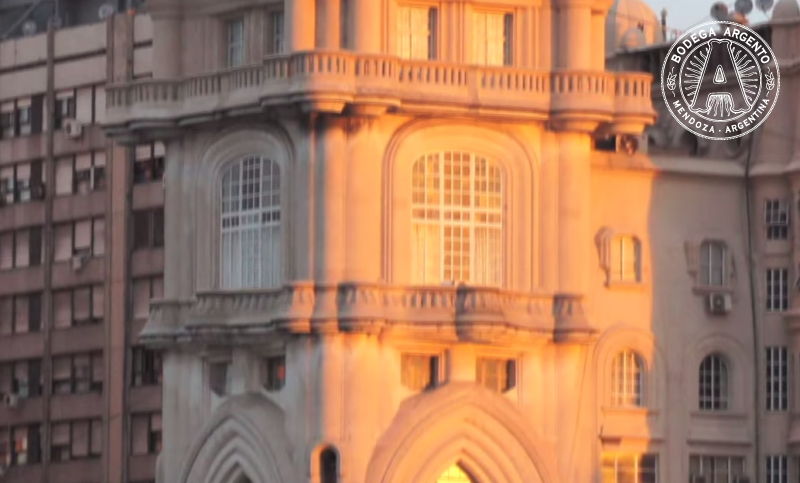 If you’ve ever done a guidebook walking tour in a new city, you’ve probably also had that moment of standing on a street corner, scratching your head, turning the book upside down and trying to work out where you went wrong.

Fortunately, catching some of Buenos Aires’s most impressive architectural sights can be considerably less painful, mainly because it involves simply walking up one street. 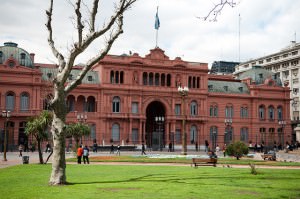 Avenida de Mayo is conveniently bookended by two of the city’s most incredible structures. Start at the Casa Rosada, the pink palace where Evita did her famous balcony speech, and simply keep walking until you reach the Congress, a building of equal grandeur, inspired by its Washington counterpart. 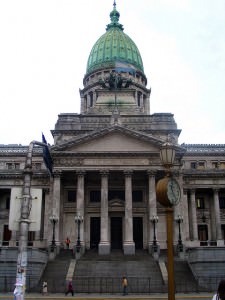 On the way, you’ll pass 153-year-old Café Tortoni (on your right); the widest street in the world, Avenida 9 de Julio (can’t miss that one); the Obelisco (right again); and, at number 1370, Palacio Barolo, a remarkable building designed to represent Dante’s Divine Comedy, divided into hell, purgatory and heaven. Be sure to pop your head into the Barolo’s entrance hall.

If you’re feeling energetic, you can also take a detour down past Obelisco to the recently renovated Teatro Colón. Or save that for another day. Either way, don’t miss it.

After that, if you want to see something more unusual, try these for size… 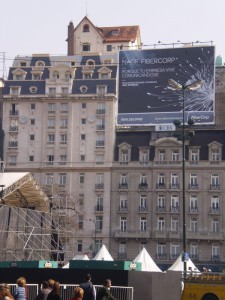 You could walk down busy Avenida 9 de Julio a thousand times and never notice this one. High above the traffic and billboards, a little cottage sits incongruously on top of the skyscrapers. Haberdashery salesman Don Rafael Diaz dreamt of a “little chalet in the sky”, just like ones he’d seen on the coast in Mar Del Plata. After making his fortune opening a successful furniture store, his dream finally came true. From his window, he could see the Obelisco being built, stone by stone, in the 1930s. Here’s the Spanish version of its history.

Casa de la Palmera has been nicknamed as such because of the great big palm tree in its tiny front garden. If you’re intrigued enough to take a look (from the outside only), it is a very short walk from Congress. It was once owned by a rich family that had five playboy sons and one studious, religious daughter, Elisa. As the family members died one by one over the years, the doors were shut on their rooms, leaving them exactly as they were. It is said that Elisa’s ghost – still bitter about her brothers’ misdemeanors – haunts any man that steps over the threshold. Again, here comes the history bit. Concentrate. (Or use Google Translate.)

Palacio de los Patos is a beautiful building, but an even better story. It was built for the upper classes who had fallen on hard times during the Great Depression. It was more affordable than a mansion but was still grand enough to allow residents to keep up their pretensions. It earnt its nickname, the Palace of the Ducks (Patos), because someone who lacks money is known in local slang as a duck, as they are as dry as a duck’s back.

It’s not tower-shaped, but it’s definitely got the hallmarks of Monsieur Eiffel. The French architect designed this 1906 construction; it took ten years to build and the materials were shipped over from Europe. The ironwork is unmistakably reminiscent of Paris’s great tower. These days, it’s a nightclub called Museum.

5) The water building (Cordoba and Riobamba) 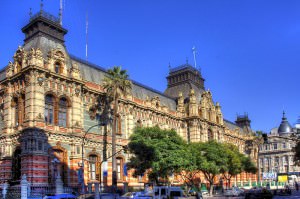 The Palacio de Aguas Corrientes is is a prime example of how Buenos Aires’s ruling classes used to spend money like water. This incredibly ornate, late 1800s building is decorated with Royal Doulton china imported from England, and yet all to house nothing more than water tanks. Today, there’s a museum inside with a collection of toilets. Obviously.

What about you? Got a favourite of your own? Spotted something I haven’t? Leave a comment or a picture link below. 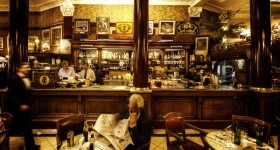 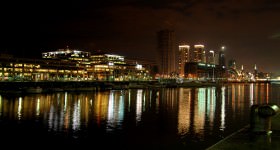