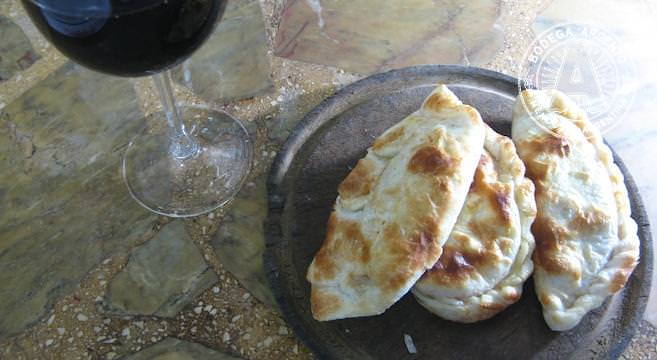 You’re never more than a few metres from an empanada wherever you travel in Argentina, and you’re all the better for it. Empanada literally means “wrapped in bread” but this description does not do justice to the wonder of this Argentine staple. These savoury pockets are served warm as a prelude to the asado, or on their own at parties. And if you need an empanada fix you can get them delivered like pizza. But don’t make the mistake of believing all empanadas are created equal. Due to different geography, climate and tradition, empanadas vary depending on where you are in Argentina. 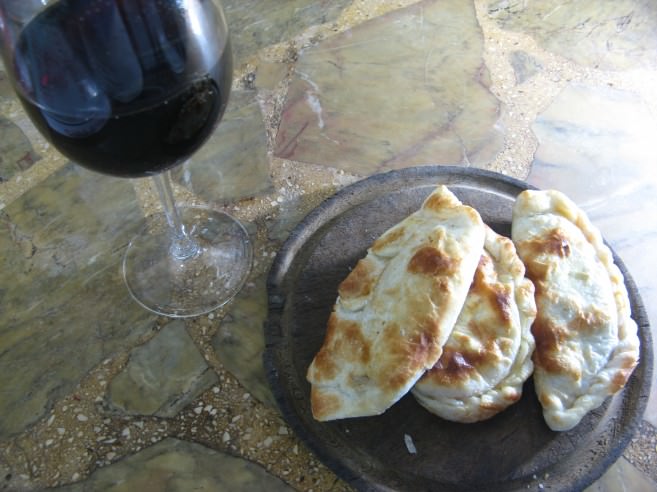 Do you prefer yours spicy and packed full of potatoes? Or with a sprinkling of sugar and some raisins? Looking to start a love affair with a Patagonian lamb empanada? How about sampling a delicacy filled with catfish? If you want to know who makes the best empanadas in Argentina and don’t want to travel thousands of kilometres by bus to find out, take our culinary tour of the Argentine provinces, empanada by juicy empanada.

Ask anyone in Buenos Aires who makes the best empanadas and nine times out of ten they’ll tell you to head north. No, not to Belgrano or Nuñez, but to Salta and Jujuy. Empanadas are a proud obsession in these Northern provinces. In Salta, where empanada-making contests are a regular occurrence, empanadas salteñas contain knife-cut meat, hunks of al dente potato, boiled egg, and spring onion (scallion). In Jujuy, peas and peppers are added to empanadas jujeñas and the package is a little spicier. 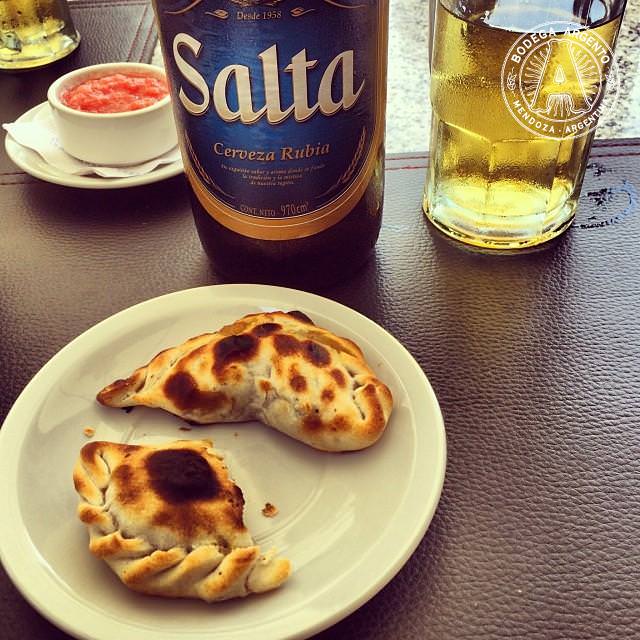 A pair of local specialities: Cerveza and empanadas from Salta; photo by Juan Buhler.

Argentine gourmet and famed defender of the integrity of Salta empanadas, Roberto Argentino Díaz (“Topeto”) lobbied for el Día de la Empanada Salteña (Day of the Salteñan Empanada) on April 4 but every day is good for making some of these beefy beauties. Here’s a Topeto-inspired recipe for empanadas salteñas. 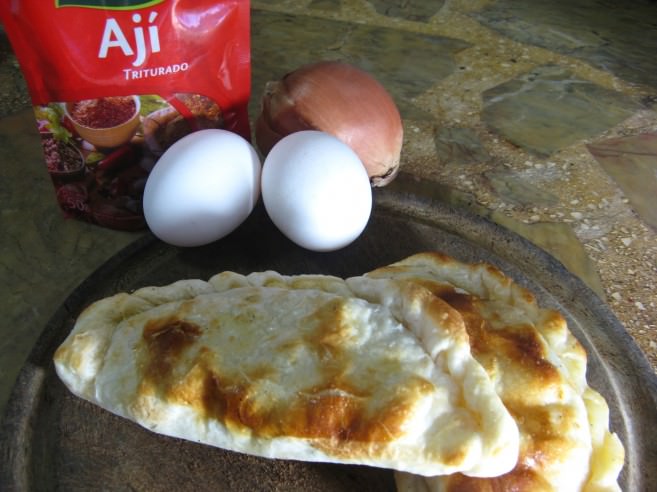 Filling
Finely chop all of the ingredients, including the beef. The potatoes should be al dente. Heat the olive oil in a large pan and fry the meat until golden brown. Add the onion, potatoes, cumin, chilli and paprika, and enough water from the potatoes to cover the mixture. Cover and cook until the meat is tender. Add salt to taste. Leave to cool, then add the chopped egg and spring onion.

Empanadas
Preheat oven to 180°C. Shape the dough into circles approximately 13cm in diameter (or use the pre-made discs). Add a heap of filling into the centre of each disc. Wet the edges with water. Fold the disc in half, then seal the edges with a fork or, if you’re feeling adventurous, finish the empanadas with the repulgue fold:

Brush the empanadas with egg, place on a baking tray, and bake for 12-20 minutes until golden brown. Pour yourself a glass of Malbec and enjoy. 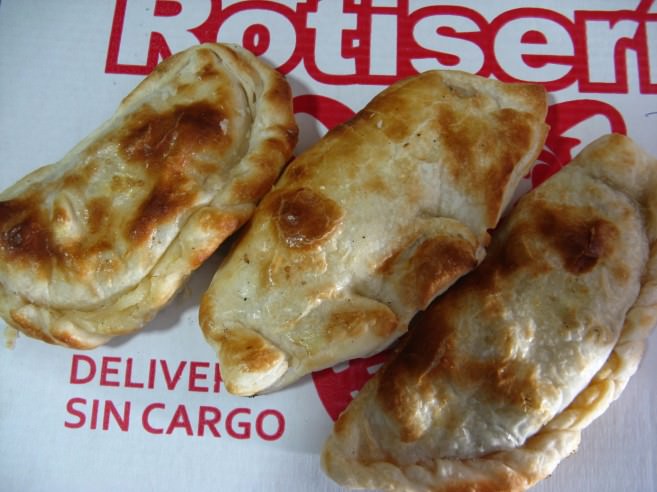 Delivery empanadas: Patterns are added to the fold to differentiate the flavours; photo by Louise Carr de Olmedo.

Not content with one single day for celebrating the empanada, the people of Tucumán in the north of Argentina love empanadas so much there’s a National Empanada Festival every September. You can also travel the Ruta de la Empanada to find the best empanadas in the province. The traditional choice of filling is more limited – matambre (rolled flank steak), chicken or mondongo (tripe), with none of the pea, potato or olive embellishment. If you don’t fancy a tripe empanada, cheese empanadas with a touch of tomato are also popular. Traditional empanadas tucumanas are cooked in a clay oven. 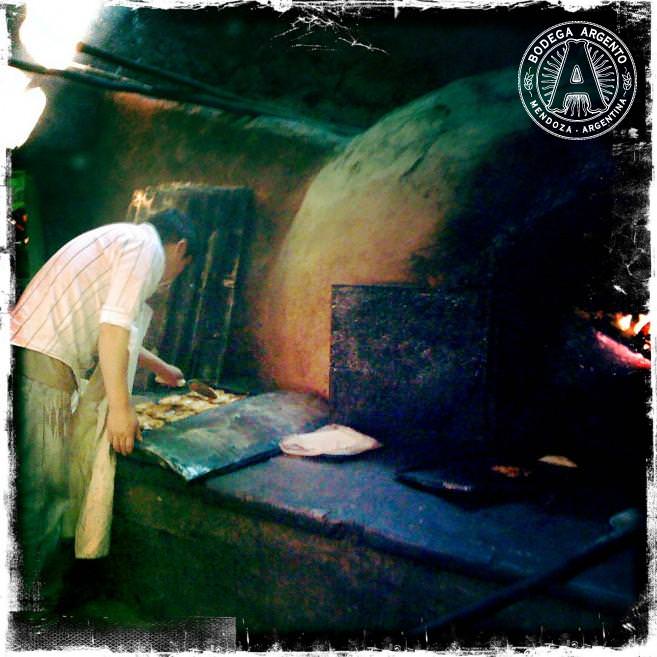 Making empanadas in a traditional oven; photo by URLgoeshere.

Empanadas sanjuaninas come with a whole green olive cooked into the filling (mind the pit) and their tastiness is largely due to being made from lard or butter. Sanjuaninas are cooked in traditional wood ovens and contain various spices – paprika, cumin, oregano, for example.

Follow the recipe for Empanadas Salteñas (above) but add oregano and 100g diced black olives into the filling, or one whole green olive when you are forming the empanadas.

Traveling to the neighbouring province of Mendoza, check out this modern take on the empanada by Matías Podestá, one of the leading young chefs in Mendoza.

Empanadas catamarqueñas or riojanas from the provinces of Catamarca and La Rioja in the north bordering Chile pack a more garlicky punch. These appetizing parcels are filled with beef, onions, garlic, and often shreds of green olives and/ or raisins. Potatoes and hard boiled eggs also make an appearance, aka empanadas salteñas (the province of Salta is right next to Catamarca).

Did you ever think an empanada would be all the better with the addition of a little sugar? Córdoba is your place. Traditional empanadas cordobesas satisfy those with a sweet tooth with their sprinkling of sugar on top and juicy raisins inside. Empanadas cordobesas also tend to be juicier and include tomatoes in the mix – here’s a recipe for juicy Córdoba empanadas (in Spanish).

Subtropical Misiones and Corrientes make their masa (dough) with mandioca (cassava root) flour and fill their empanadas with meat or catch-of-the-day: catfish species surubí or manduvé, pacú, or golden dorado. 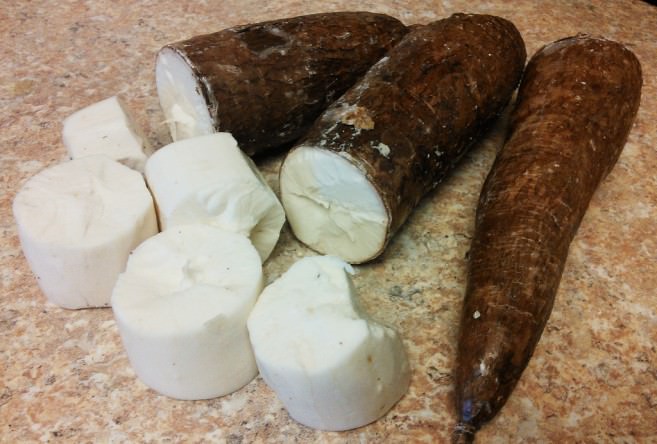 Makes 20 empanadas – based on a recipe from Visitemos Misiones

Dough
Peel the cassava and cook in salted water. While still warm, grind the root in a food processor to turn it into a puree. Knead on the counter with the cornmeal and a little salt to make a firm dough.

Filling
Sauté the green pepper, onion and garlic in butter. Add the beef. Season with salt, pepper and cumin. Chop the hardboiled eggs.

Empanadas are also popular in the southern provinces and while the recipes are not so fiercely protected they remain interesting. Empanadas in Neuquén, Santa Cruz, Chubut, Río Negro, and Tierra del Fuego are often filled with Patagonian lamb or seafood – mussels and even king crab, sautéed with white wine for a juicy taste.

What do you think? Where do the best empanadas in Argentina come from? Should empanadas salteñas have added olives? Do you grate or chop the egg? Is an empanada from Córdoba a travesty if you miss out the raisins? Weigh in with your opinion in the comments below. Or simply relax and appreciate the regional differences with your selection of Argentina’s regional wine. 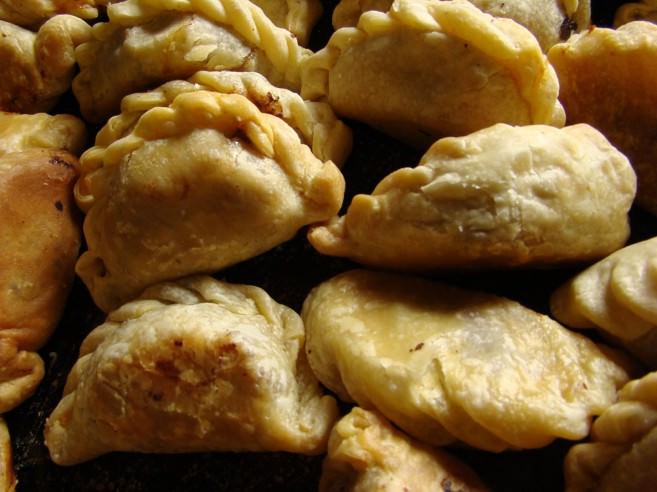 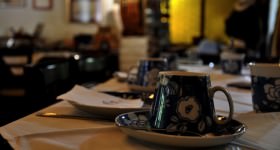 Welsh Influences in Argentina – Food and Culture in Patagonia 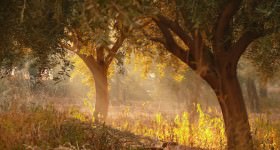 7 responses to “The Best Empanadas in Argentina: Regional Recipes”