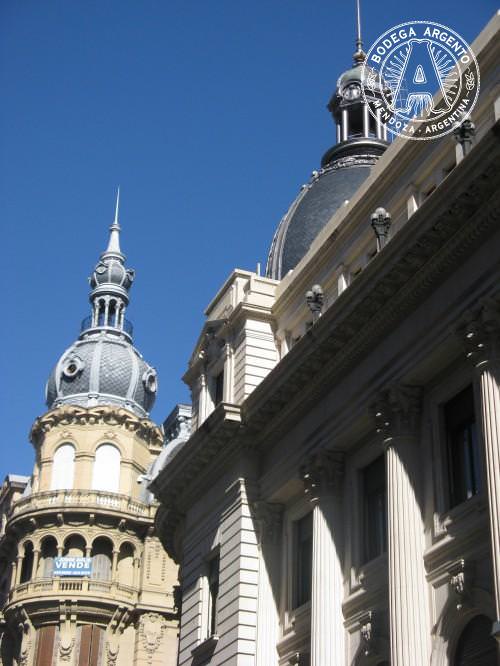 Arranging a tour of Argentina for Joe the Tourist is no harder than arranging a party for Charlie Sheen. Joe and Charlie have certain non-negotiable expectations and any halfway competent tour/party planner will know how to fulfil them. Joe needs to visit Buenos Aires, the Iguazú Falls, El Calafate and the glaciers, the vineyards of Mendoza, the lake district around Bariloche and the peaks and valleys of Salta or Jujuy. Charlie’s needs have been adequately documented elsewhere.

But just as a thought experiment, let’s imagine a tourist who wants to experience Argentina without visiting any of the aforementioned big box-office destinations. Now it becomes trickier; now it becomes like organising a party for, let’s say, Sir Ben Kingsley.

What follows isn’t a structured itinerary but a list of underrated destinations that could form the core of an eccentric, Sir Ben-style hop around Argentina. (Let’s not worry about Charlie and just assume he’d jump the bus at the first opportunity and make for Punta del Este.)

(Hat-tip to tweeps Traveloguer and MichRee for chiming in with some good suggestions.)

What/where is it? A tiny town in Córdoba province set among the green and pleasant hills of the Traslasierra Valley. The name comes from the quechua word ñuñu or “breasts” and alludes to a pair of cone-shaped knolls that rise from the banks of the Río Chico.

Why underrated? Foreign tourists tend to leave Córdoba alone – but I think Sir Ben will enjoy both some light trekking in the Traslasierra (an all-year-round destination) and the legendary good humour of the locals.

Where to stay/eat? Rent a cabaña. The seasonal menu at Gaynor is surprisingly creative. 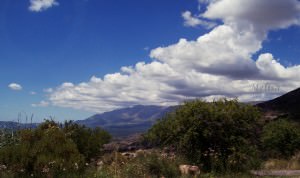 What/where is it? Located in the southwest of BsAs province, Tandil is a largish town by Argentine standards and is Sir Ben’s best bet if he wants to explore the hilly sierra of the so-called Humid Pampa.

Why underrated? Argentines love it, but it lacks a civil airport and a proper national park or nature reserve (most of the sierra is parcelled up into private estancias) so foreign tourists tend to steer clear. However, if you’re driving from BsAs to Bariloche (and why shouldn’t you?) this is the ideal place to break the journey.

What/where is it? This is Argentina’s southernmost Atlantic beach resort worthy of the title, and is located in the Patagonian province of Río Negro. It has vast beaches and, thanks to some thermo-geographical anomaly I don’t understand, waters that are warmer than they have any right to be at these latitudes.

Why underrated? Fashionable Argentines snigger at Las Grutas, reasoning that any resort that doesn’t have gas shortages, crime waves, and restaurants with two-hour waiting times in the high season must be rube central. The Las Grutas crowd are too nice to snigger back: this is one of the country’s friendliest resorts. It’s a long way from pretty much everywhere else, but Sir Ben might consider spending a night here before boarding the (also underrated) Tren Patagónico in Viedma.

Where to stay/eat? This is the tricky part. There are several uninspiring three-star hotels, of which the Costa Marina is probably the best. Make the most of the Las Grutas tradition of eating hot churros stuffed with dulce de leche on the beach, preferably washed down with mate. And try this place (pictured below) on the main drag, the closest thing to an old-fashioned British chippie I’ve found in Argentina. 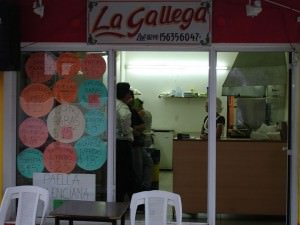 What/where is it? Proud Rosarinos will be miffed you even had to ask. The largest metropolitan area in Santa Fe province (though not its capital), Rosario is Argentina’s third biggest city, an agroindustrial powerhouse on the banks of the Paraná river that is second only to Buenos Aires in terms of cultural activity and influence. Famous Rosarinos include painter Antonio Berni, cartoonist Roberto Fontanarrosa, footballing genius Lionel Messi, and some skinny asthmatic kid called Ernesto Guevara who helped invent the 1960s.

Why underrated? Many Rosarinos would prefer to ask why Buenos Aires is so overrated but it’s a good question nonetheless. The truth is that given the choice between BsAs and Rosario, only a contrarian tourist like our Sir Ben is going to pick the latter. But if you can do both, do.

Where to stay/eat? The pick of the upscale hotels is the Esplendor Savoy Rosario. For something cheaper and more intimate, consider the Lungomare Trieste Bed & Breakfast – a hot tip from our very own Vicky Baker. Perennial World Footballer of the Universe Lionel Messi is said to have enjoyed the steaks at Parrilla La Estancia, which is good enough for us. Perennial Top Food Blogger of Buenos Aires Dan Perlman recently enjoyed the warm mussel salad and sauteed sweetbreads at El Oso Sala la Sopa; also good enough for us. 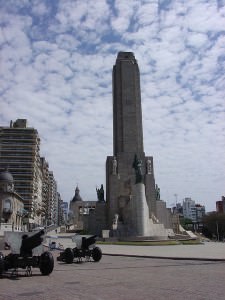 What/where is it? It’s a swamp the size of New Jersey, inhabited by dinky crocodiles, giant rodents and around 350 bird species. Among the latter are grebes, herons, whistling ducks, all kinds of crakes, snipes and falcons and my personal favourite, the Southern Screamer, which sounds like a cocktail invented in Brighton but is actually a turkey-like critter with lungs like you wouldn’t believe.

Why underrated? Perhaps “under-visited” would be a better way of putting it. Many more people have heard of the Iberá wetlands – the second largest protected area of its kind in the world after Brazil’s Pantanal – than have visited them. Perhaps that’s exactly how it should be.

Where to stay/eat? In one of the all-inclusive lodges in Colonia Carlos Pellegrini, the compact village with no street names that is really the only gateway to the reserve. Posada de la Laguna is an excellent lodge, but there are cheaper options too. 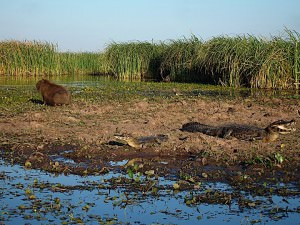 What/where is it? San Luis is an efficiently run but little visited province. If there’s a good reason to go, it’s for this underrated national park, whose reddish sandstone cliffs, whittled and contorted by wind erosion, eerily resemble some yet-to-be-discovered, mountainous region of Mars.

Why underrated? It needs a catchy English-language nickname: preferably something that might have been culled from a bad fantasy-fiction novel: something like Dinosaur Alley or Vulture’s Creek. In neighbouring San Juan, Ischigualasto became Valle de la Luna, which became Valley of the Moon. It’s hard to compete against a place called Valley of the Moon.

Where to stay/eat? Nowhere. But Sir Ben can fly in and out by private helicopter.

Have you got any tips for places off the tourist radar? Been to one of the above? Leaves us a comment and let us know. 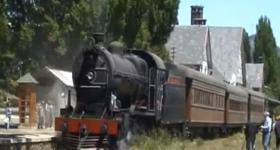 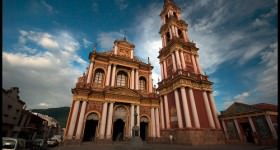 Salta Beats to a Different Drum in Argentina’s Northwest

14 responses to “Six of the (second) Best: Argentina’s Underrated Destinations”